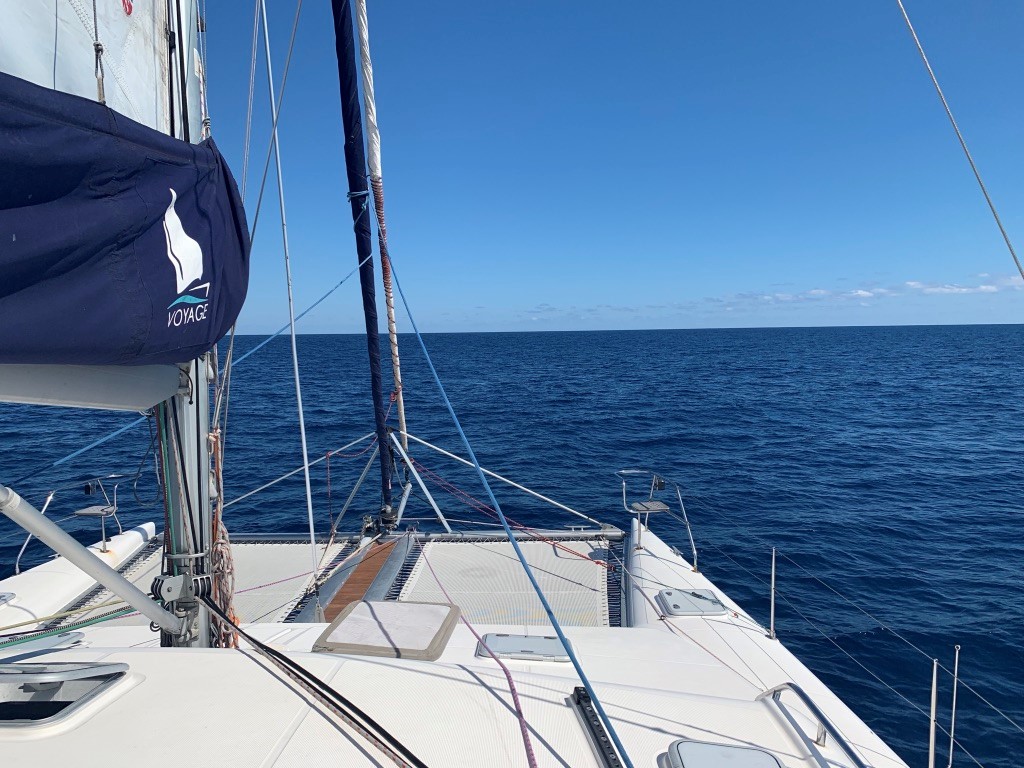 Or should you sing when setting the anchor by Pete Sherlock

We left Honey River as soon as the sun started teasing the horizon. It was easy enough following our track back out of the river and thus avoiding any sandbanks.  Our intended route for the day took us on an easy sail to an Island called Nosy Lava, you may remember this island from our inbound journey.

It was not a big day – we had around 50 miles to Nosy Lava, however it was going to require some concentration as there were several reefs en route, as well as quite a few islands we would need to navigate around.  Nosy Lava was very familiar to me and the thought of having a safe anchorage for the night was a huge relief.  We would have to enjoy every bit of sleep we had at anchor, because the crossing meant that watches would be the order of the day (and night) and a good unbroken night’s sleep would be interrupted by the rhythm of watches rather than sunrise and sunset. 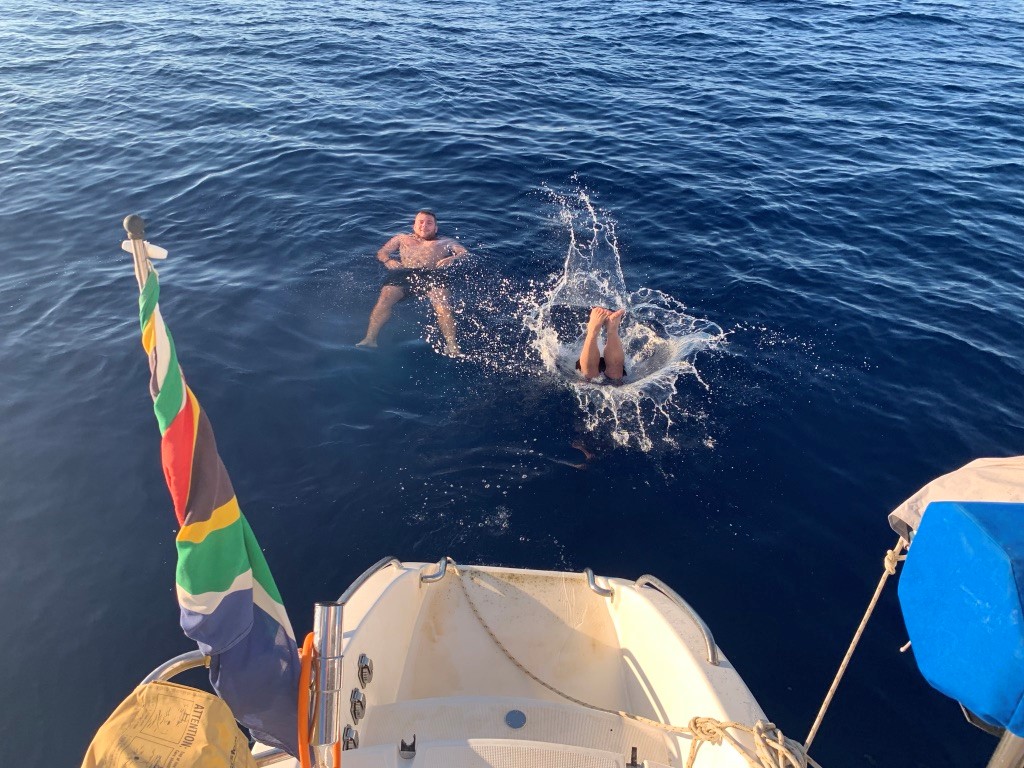 We stopped and swam whenever the wind allowed it

We had our lines out, the North Easter was a good 12 knots and almost directly abaft us.  Amarula’s bright red spinnaker was flying, which meant we made good headway and as the wind dropped we turned on the motors and enjoyed pushing the bows through a flat unbroken plate of blue.  Just before lunch one of the reels crackled into life and started whining like a mosquito on steroids!  Chris ran for the reel whilst I pulled back on the throttles and soon enough we were all ensconced around the cockpit table eating delicious sashimi, yellow fin roses and nigiri. Bob took great delight in preparing our fish and his creativity and ability always filled our stomachs. 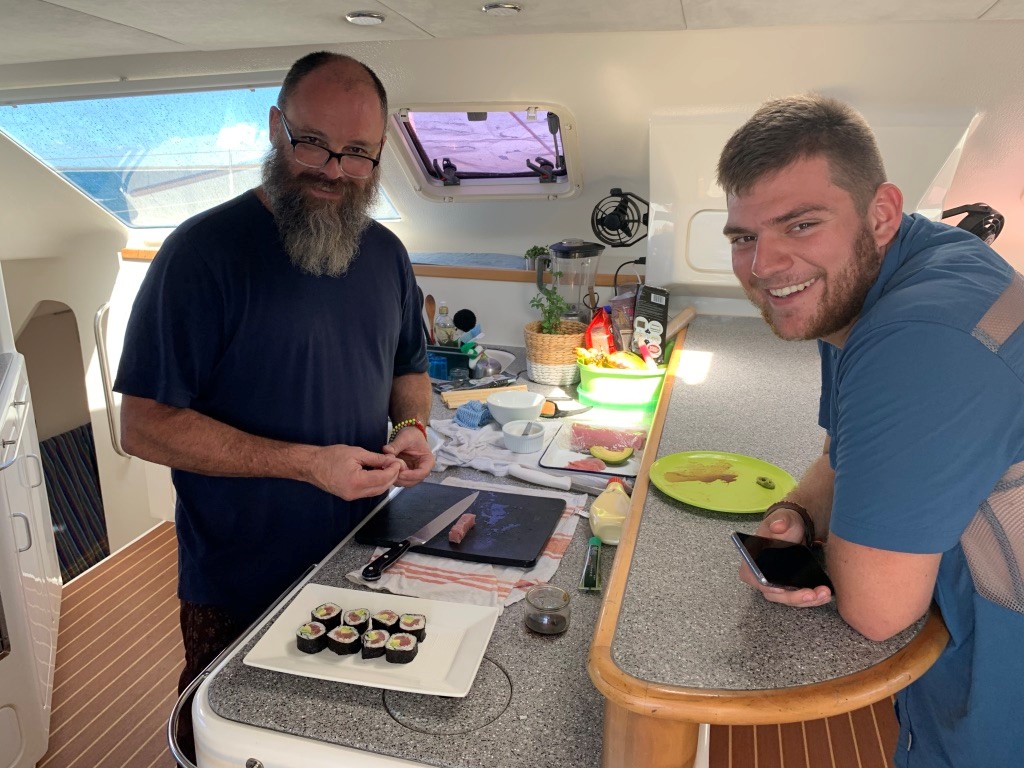 Ahead of us was Abundant Life and every now and then the radio crackled and hummed whilst David checked in on us or called to boast about the fish they had caught. Given their advantageous waterline length over us they were generally ahead, except interestingly when we sailed to wind, or got the spinnaker up before they realised, the race was on!  Otherwise for all the world we could have been totally alone on the planet.  Sitting on the helm, all you could see was the hazy, smoke covered, mysterious mainland to our east, sitting like a brooding monster, waiting for its opportunity to pounce.  To the west was this endless fluid plate of the richest blue imaginable.  It was almost perfectly flat (especially as the wind dropped) and seemed to stretch like a delicate woven silk scarf, floating on a cushion of air.

The air was warm even though it was midwinter. The siren song of the tropics – intoxicating weather that wraps itself around you like your favourite well-worn t-shirt, vibrant colours that are sharper than a surrealist’s paintbrush, redolent aromas that question your olfactory repository with their strange intoxicating fragrances – all of our senses were filled with the magic of Madagascar and the anticipation of the crossing.

We had decided somewhere along the line that we had to have a tune that we blasted on the stereo when anchoring. The idea was that it would somehow be an intangible storage receptacle for the emotion and joy that came with dropping anchor in a secluded bay on a forgotten tropical paradise with the promise of a good night’s sleep. Then, when it was replayed on passage, like a charmer could draw the snake out of the basket in a trance, so the tune would whisper our forgotten emotion out of hiding and restore the memory of a safe anchorage amidst the endlessness night watches and blue horizons. 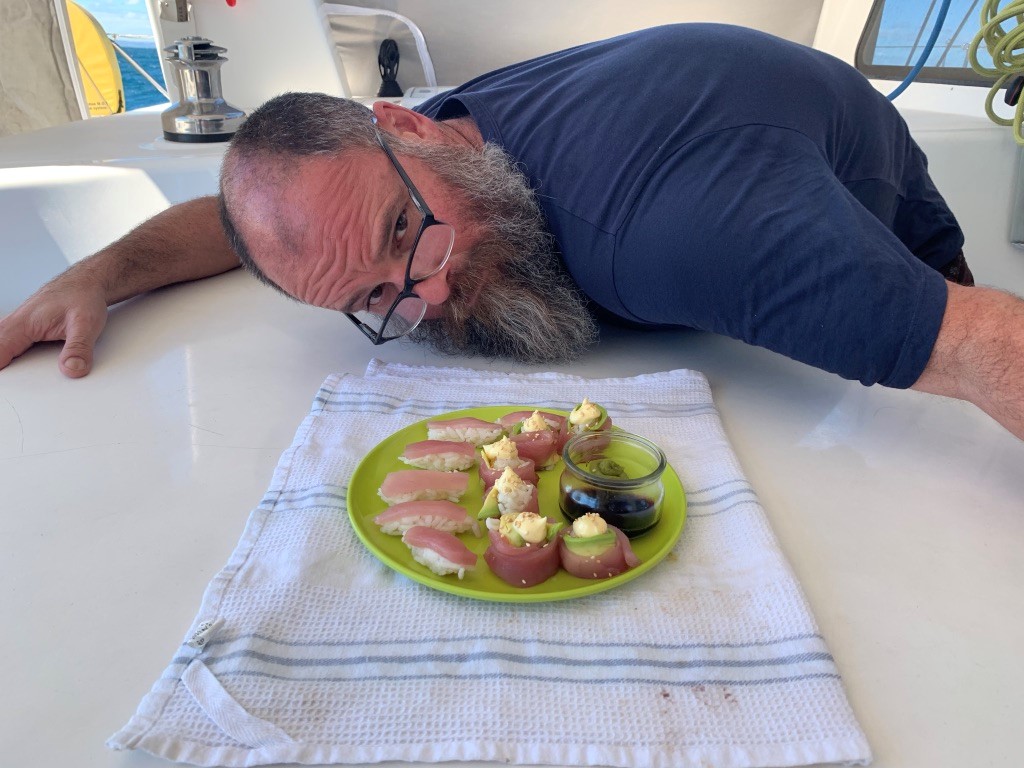 There was some deliberation as to which tune could carry such a heavy weight and many an hour was passed with song and lyric being played and discussed until finally we stuck on Felix da Housecat’s “Frankie meets Pauline”.  It is not a very charming song at all, in fact the lyrics are completely insalubrious, but it has an intoxicating beat and you could certainly belt out the words into the void without hesitation or judgement.

The wind had shifted to the South West after lunch.  We adjusted the main and unfurled the genoa to catch the breeze as it lifted.  There was talk of getting the code 0 out, but the lingering taste of soy sauce and wasabi reminded us that our bellies were full and that in paradise one should never rush but rather immerse oneself in the moment and appreciate it without time watching.

In high school I used to take sailing as a summer sport.  I was in a boarding school and it was a highlight within the institutional confines, that presented itself every Wednesday afternoon for training and Saturdays, when we would race.  There would be three races on the Saturday and several schools taking part.  The competition and rivalry were pretty strong and although I managed to perform, for me the greatest prize was the adventure of being on your own sailboat with no supervision.  There was something about being on the water and being in control of your own vessel. A metaphor for life, where the tiller arm became an extension of your physical self and you began to morph into the wood and glass fibre until the movement and rhythm of the boat became muscle memory.  Your senses were so finely tuned, and your body extended so far into the inanimate boat that the result of the smallest trim could be felt through the vessel.  The reaction of the small yacht became a tangible emotion, you could feel the boat’s joy as she raced across the water and then if you found that perfect synchronicity and she was wholly set and trimmed, my Dabchick used to hum, a low frequency vibration that that seemed to emirate from her centreboard and pass through me as a feeling of pure freedom. 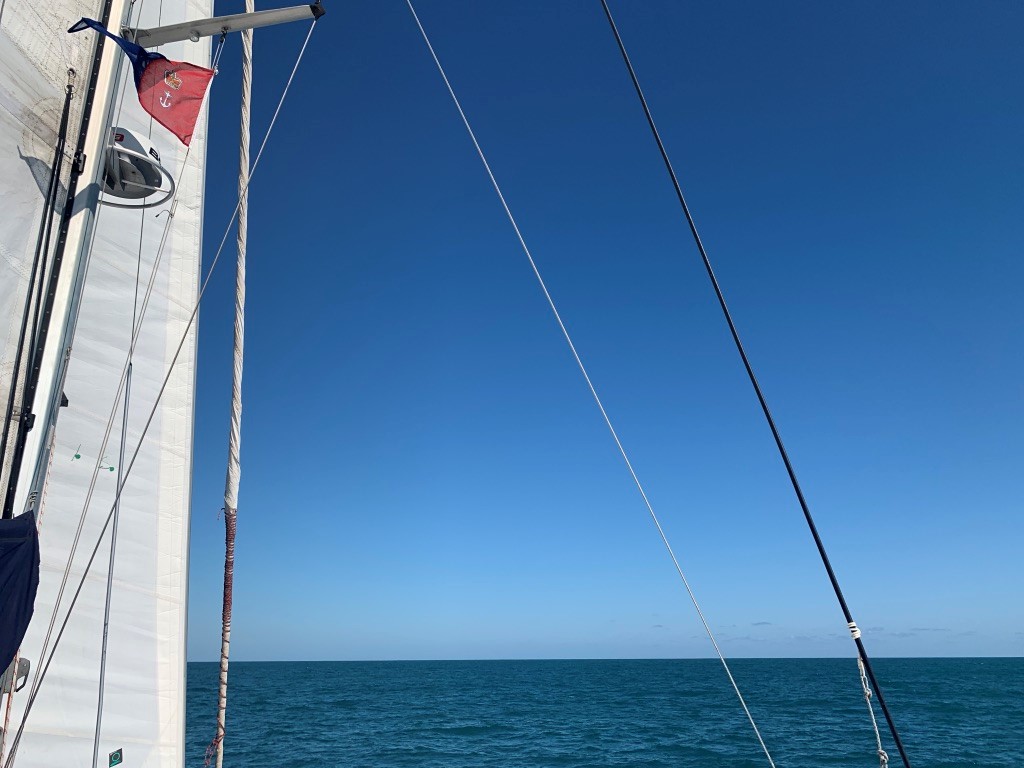 The RCYC Burgee flew proudly on Amarula for our entire trip

Amarula does the same, there is a low frequency hum that indicates she is perfectly set. She begins to feel light and there is no effort required to slice through the blue sheet of water her thin hulls cutting it like a pair of fabric scissors through soft ribbon. The ambient sounds become swooshes and swishes and the shape of the sails is so pleasing on the eye that you are at once both happy and fulfilled.  It is an astonishing emotion that I have only experienced whilst sailing.

We rode the south westerly until late in the afternoon when we rounded Nosy Lava’s north eastern headland and turned into the Bay. We could see Abundant Life already at anchor and we aimed for a spot slightly to the north of her to set our anchor.  As we dropped the main and furled the genoa, Felix was at full volume and the story of “Frankie meets Pauline” was belting out with all three of us adding our voices to the monologue, the crew of Abundant Life and the ruins of the prison on the island our only (perplexed?) audience.

As the chain dropped and I backed up on the motors to set our Rocna we were still on top form.  I was grateful for the moment and even today I can remember it as though it occurred just a minute ago.  That sense of freedom that runs through your flesh, visceral and ancient, tangible and overwhelming.  A sense that you are on your path, that your DNA is pulsing with integrity of purpose and that the world, your world is truly an adventure.

An endless ribbon of blue surrounded us

Link to tracking for Cape2Rio 2017

As we have witnessed throughout the world this year, where major Sailing Events have had…