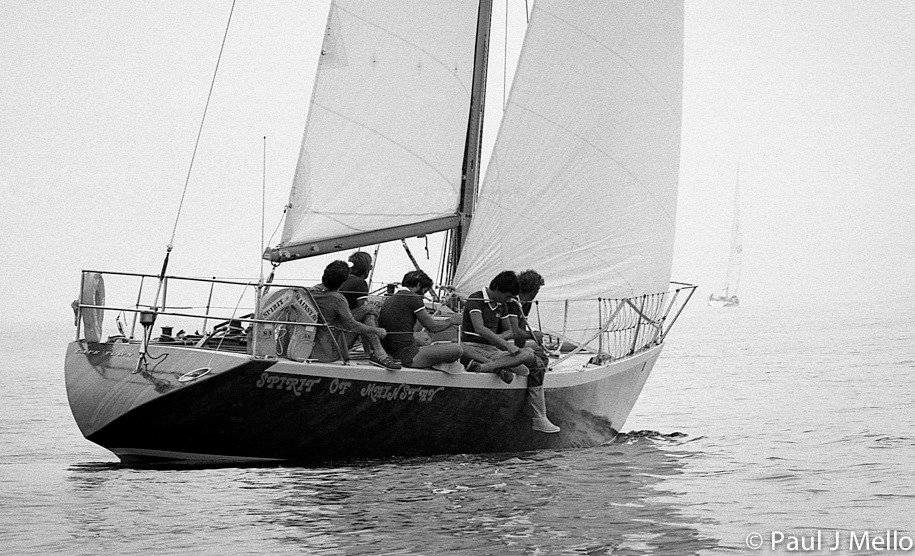 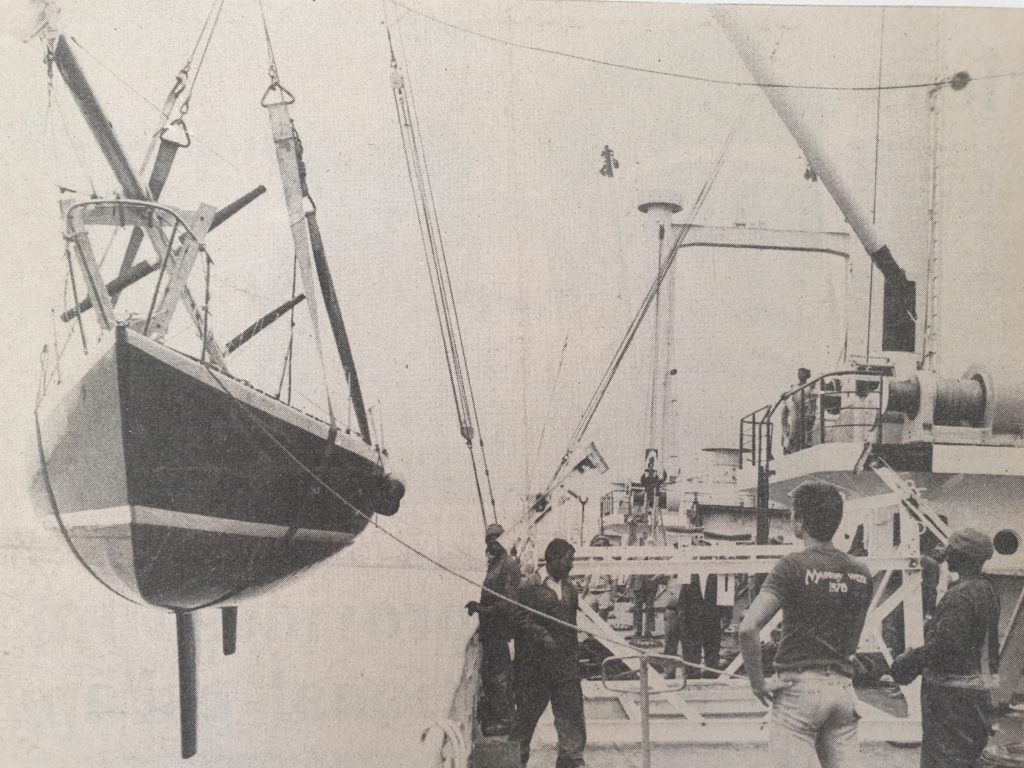 Touch Wood departs for Chile – the photo that started it all

In the RCYC Marina on D jetty in berth 20, lies what looks like a 36 foot modern classic race boat, her deck shrouded in a blue cover. Her name? Touch Wood.  Yet she has an exotic past that belies her demure looks. This time it was a photo that captured my imagination.  A near full page photo is rare in the newspapers these days and this one was of a wooden hull dangling high in the air as it is being loaded onto a ship.  The caption read: The Cape Town sloop Touch Wood – the SA Defence Sailing Association’s entry in the international 1000 mile race in the Pacific in February – being loaded on board the Greek freighter Good Friends in Table Bay harbour for shipment to Santiago, Chile.  Warrant Officer Bertie Reed, of the SA Navy will skipper Touch Wood in the race.  The date on the faded page was 1979. 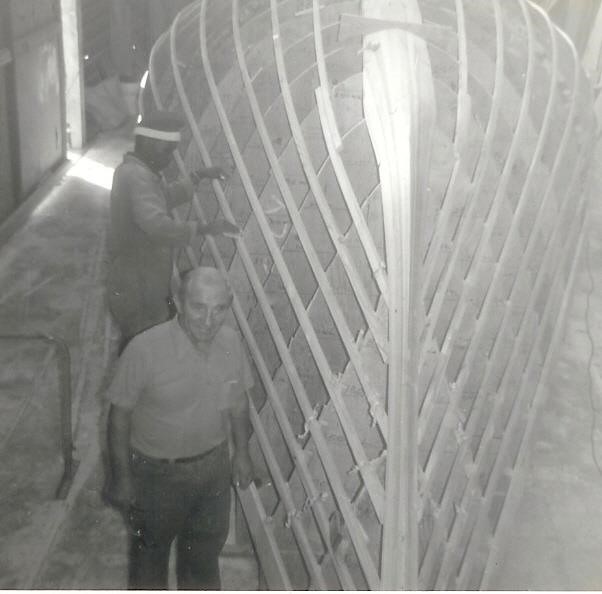 Touch Wood being built – Jock Campbell in the forefront

Campbell had lent his yacht to the Defence Force team for the 1000 mile race and was going to be part of the crew.  This was going to be Touch Wood’s third major international race during that year.  She had already achieved second place in the 1979 South Atlantic Race to Uruguay, skippered by Dave Abromowitz, and together with Archangel, Touch Wood (temporarily renamed Spirit of Mainstay) had represented South Africa in the World One-ton Cup races in Newport, USA.

Touch Wood competing in Newport as Spirit of Mainstay 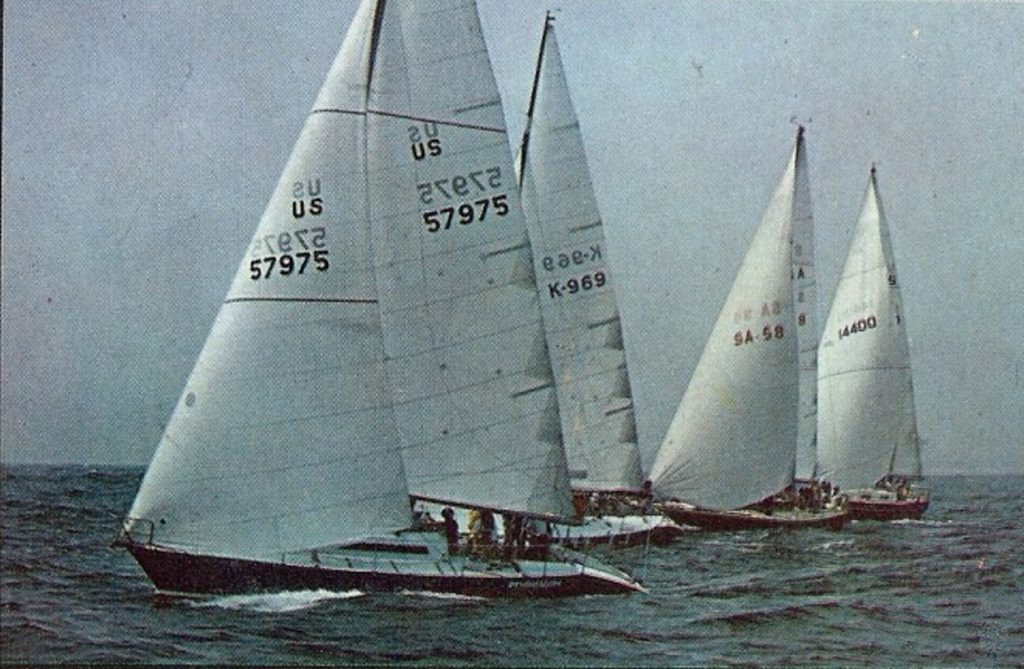 Touch Wood SA58, sailing at Newport in the One ton Cup

This time Touch Wood was on her way to Santiago to contest the third renewal of the international ocean race over 1000 miles off the coast of Chile.  Interestingly Touch Wood was not the only boat departing that day, as with her was another Lavranos designed one-tonner, Cucalon.  A sister ship to Archangel, Cucalon had recently been completed at a Cape Town boatyard and was on her way to her new owner, Mr Luis Rosselot, the president of Chile’s National Ocean Sailing body.  Mr Rosselot, a previous winner of the 1000-mile race, would be competing in the 1980 race on Cucalon.

Touch Wood’s crew on their return to South Africa after coming third in Chile.

Entries from six countries, namely Argentina, France, Brazil, Peru, Uruguay and South Africa contested the race, which started at Valparaiso on the 10th of February 1980.  The first leg of 365 nautical miles was to Robinson Crusoe Island.  The second leg of 350 miles ended at Talcahuano, with the finish at Algarrobo, just south of Valparaiso.

Touch Wood was to be skippered by Warrant Officer Bertie Reed, with the crew being boat owner ‘Jock’ Campbell, Lieutenant John Martin, Rifleman Jurgen Coblenz, Seaman Neil Gregory and Seaman Norge Kennedy.  Gregory recalls that it was quite an honour as a young Seaman to be asked to sail as part of the team.  “After sailing a regatta in Simonstown one weekend with Bertie, he told me that I was selected for this trip.  The next day I was sent to RCYC to get the boat ready to be shipped.  Dropping the rig, tying it up on deck, getting a cradle ready and then loading her. 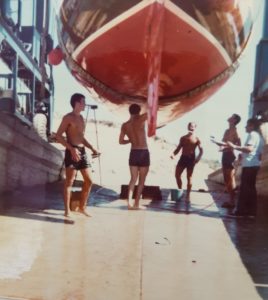 Touch Wood in Valparaiso having her hull cleaned before the race

“Once in Valparaiso it was left to us youngsters to clean her hull and get her race ready.  During the first leg we ended up approaching San Juan at night.  We could see the town’s lights quite clearly. Then around 10pm, whilst still a few miles out, the entire island suddenly went black.  It later transpired that they switch the generator off at 10pm every night.”  Let it suffice to say, this provided for interesting pub talk long afterwards.

Campbell was also injured during that first leg and John Martin explains what happened.  “The owner Jock Campbell was with us. He was about “3ft” tall and had only three fingers on one hand from being an artisan.  He fell out of a pipe cot during heavy winds and broke three ribs.  We strapped him up and he finished the race with us.”

The crew sailed Touch Wood into third place overall in the international event.

The next year Campbell sold Touch Wood to Dutch national Gerrit Hegie and her sail number changed from SA 58 to NED 2994. She competed in two more South Atlantic races, in 1982 and 1985, placing well. On the return journey from Uruguay in 1982, Touch Wood was struck by a tremendous storm with 9 metre waves engulfing the boat. Hegie was forced to trawl a sea anchor to prevent the boat from broaching. By that stage however, she had taken on too much water and the engine would not start.

True to his Dutch nature, Hegie made a plan.  “I removed the alternator from the engine, fitted it to the diving compressor motor, modified it and fitted a fan belt with some pulleys. That enabled me to charge the batteries sufficiently to get a positional fix on my Decca Satnav to get us back to Cape Town. After that adventurous journey I realised I had better learn celestial navigation and hence I got my Yacht Master Ocean qualification” 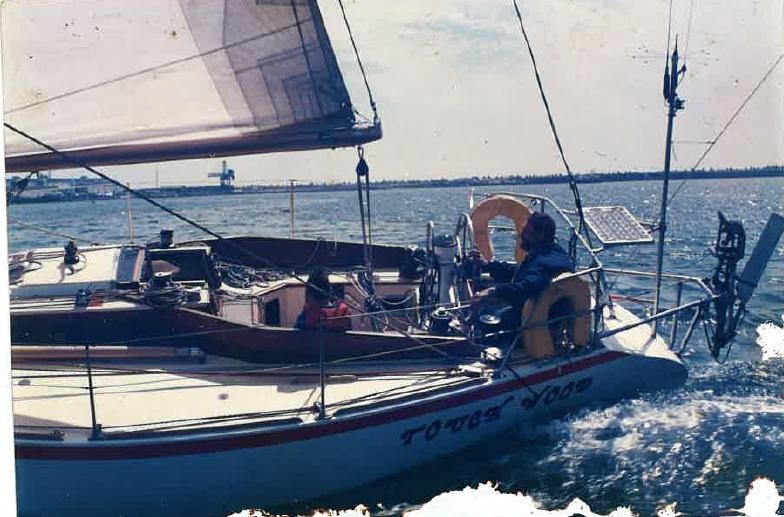 During 1988 Gerrit Hegie decided it was time for an extensive refit.  Touch Wood’s mahogany hull was sheathed in a thin layer of fibreglass tissue and epoxy resin, her keel was reinforced with stainless steel braces and rebedded and her cockpit coamings extended.  Two years later, while Touch Wood was competing in the Cape Town to Lisbon race, disaster struck. One of the crew suffered serious injuries and a mild stroke during a fall.  Hegie, who was leading the IMS Handicap Class at that stage, had to reroute to Ascension Island for an emergency stop in order to drop off the injured sailor. Thankfully, four days later he regained the Class lead and also finished second overall in the race. 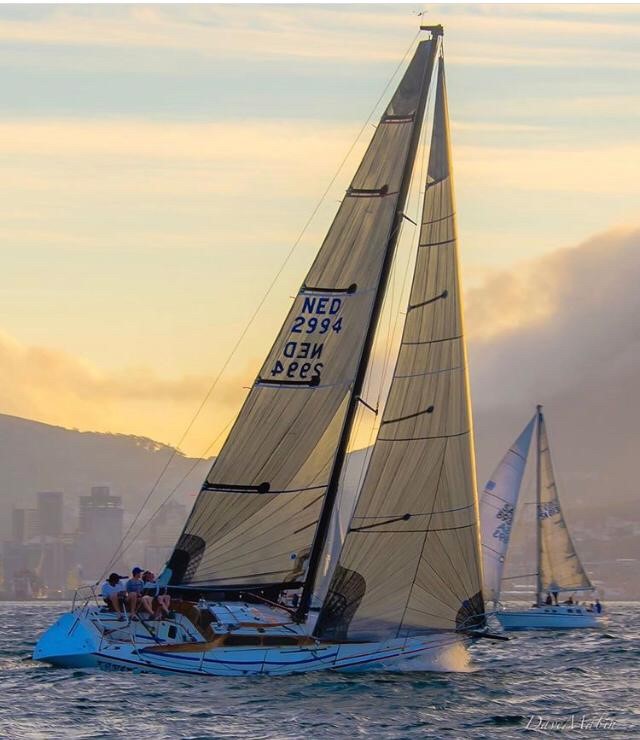 Gerry Hegie took over Touch Wood from his dad in 2006 and did another complete refit in 2012. “I put in a new motor, optimised the deck, new carbon sails, lengthened the boom and modernised everything to look like a modern classic. Her hull and appendages though are still the original cold moulded mahogany.” Hegie Jnr explains that Campbell did a proper job when building Touch Wood. “Her name wasn’t stencilled on, it was actually made up of aluminium letters, individually screwed onto the boat. When I did the refit, I anodized the original letters and put them back.” Hegie Jnr also competed with Touch Wood, winning the 2015 Twilight Series Division 2 amongst others.

Having owned Touch Wood for almost 40 years, she is very much part of the Hegie family. Andrew, younger brother of Gerry Jnr and a professional diver at RCYC, regularly still takes her out for a cruise with friends.  Gerry Hegie Snr concludes: “Touch Wood is and will always be close to my heart with many, many sea miles and regattas behind us – special memories for ever “.

So next time you take a wander down the D jetty, pause a moment, look past the shrouded deck and the fibreglass sheeted hull.  See her for the glorious wooden boat that she still is and pay your respects to a wonderful grand lady, with an extraordinary past. 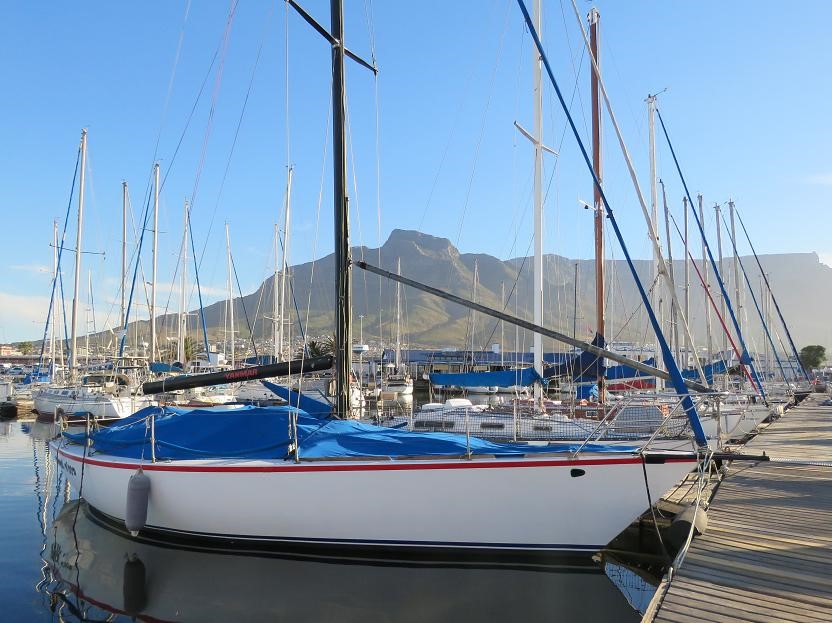 The Department of Sport’s timing could not be better. Just as a big cold front…