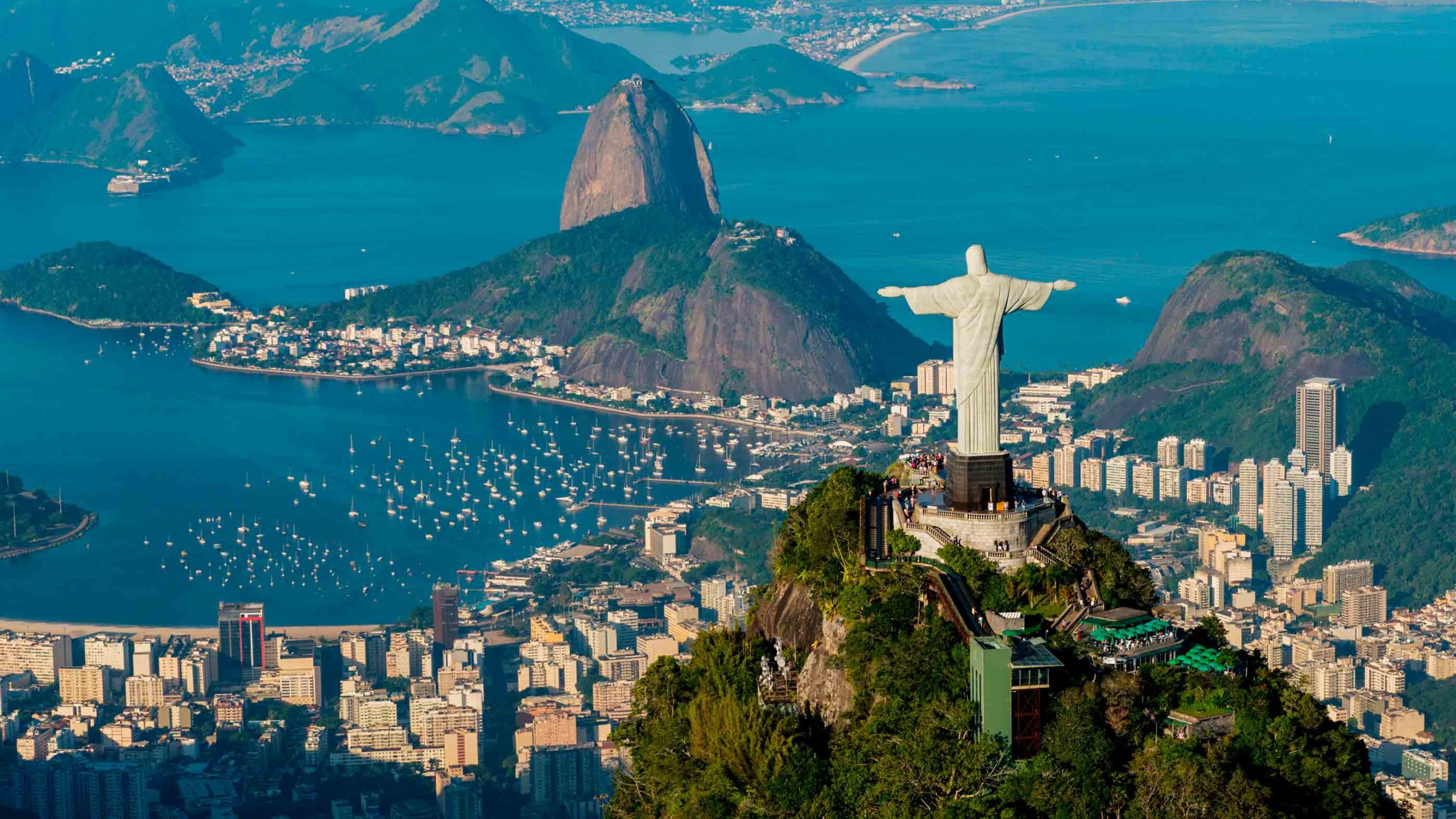 Introduction of the Race Committee.

The Royal Cape Yacht Club would like to introduce the 2023 Cape2 Rio Race committee and its Race Director, Anthony Spillebeen.

Anthony Spillebeen (Spillers) joined the RCYC in 1983/4.  His parents had recently launched a cruising boat called Jongilanga after many years sailing Hobie Cats in Port Elizabeth and a cruising Flamenca on the Vaal Dam.  He was always excited by sailing and racing.

The Cape 2 Rio Race captured his attention as a boy growing up in Johannesburg and he kept a detailed daily scrap book of the race, cutting out every morning article in the Rand Daily Mail and at weekends the Sunday Times, plotting the progress of the boats daily as the race progressed, clearly wishing to be part of the event. 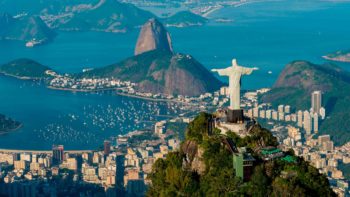 A stint at the Admirals Cup in 1995 produced an opportunity for Spillers to sail with some internationally renowned professional sailors.  Neil Graham and Peter Morton, both pedigreed sailors and project managers joined the crew and they took a shine to this skinny livewire, “Sewer Rat”, that produced cups of tea and snacks between sail changes and repairs.Little did Spillers know that Neil Graham was about to sign a contract for a Whitbread Round the World Race campaign.  On returning to South Africa, Spillers received a call from Neil instructing him to pick up a Swedish guy named Richard Brisius, who was arriving in Cape town to prepare for the arrival of the eventual all conquering EF Language Sailing Team. 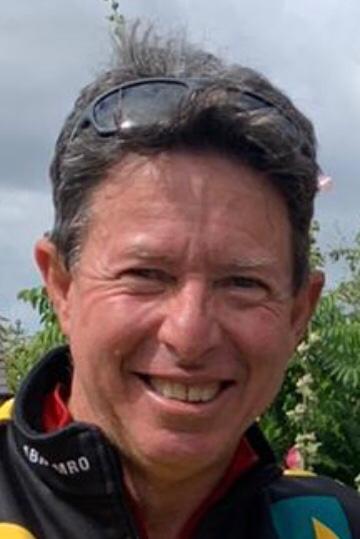 Together with Rob Sharp he met with Brisius, absorbed the requirements and set about building a set of solutions to cover all the needs of a visiting professional racing team.  From accommodation to food services, motor vehicle hire, supplies, equipment, and any other service that a team would need to keep the campaign in a winning mode.

Spillers has been fortunate to have been part of four of these campaigns. He re-joined the Atlant team straight after the 2005/6 Volvo Ocean Race.  Initially brought in to manage an interim hospitality project, he joined forces with a shore crew management team that oversaw the building and running of a training base on the island of Lanzarote, and then travelled around the world with the team as assistant shore manager. 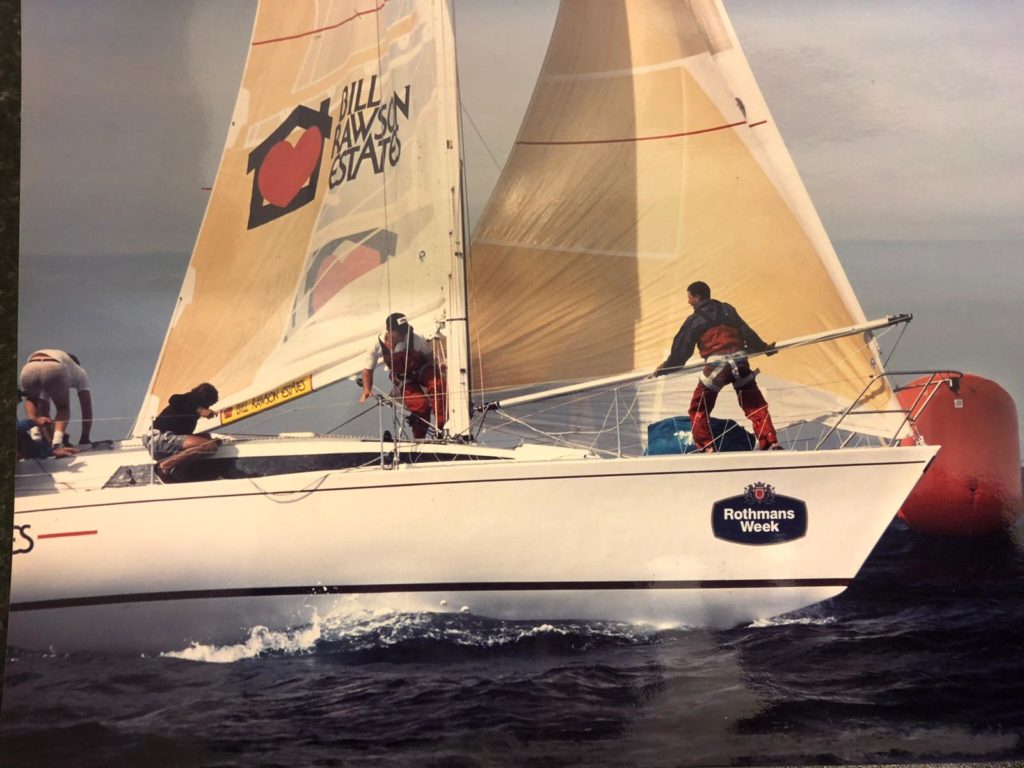 Intertwined amongst these core functions were responsibilities for clothing procurement, accommodation bookings for the team and their partners, as well as event guest hosting at stopovers and corporate workshops on the complexity and requirements of the Race.  On course commentator and overall cheerleader also fell into this job description.

For the past 14 years Spillers has lived full time in the UK while working on various projects.  He sails regularly in the Solent with long-time friend Peter Morton from the 95 Admirals Cup. He also competed on the Fast40+ circuit, winning the series as well as a One Ton Cup to boot.   Over the 3-4 years on this campaign Spillers is still the “sewer rat” and “ocean grocer” names coined back in 1989 on the mighty Club Mykonos. 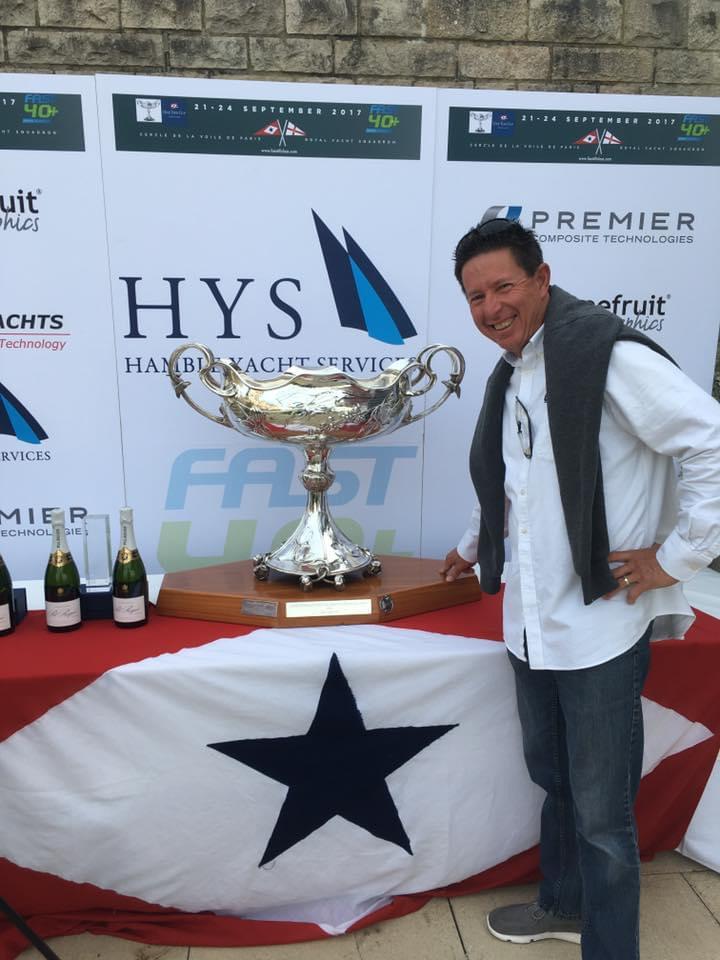 Anthony Spillebeen with the one Ton Cup – at the Royal Yacht Squadron, part of the winning team of 2017

The Cape2Rio Race feels like life has come full circle.  An opportunity to try and transfer some of the skills learned over the past 30 years into managing and more importantly promoting an event so that it can achieve the entry we know this great race deserves. 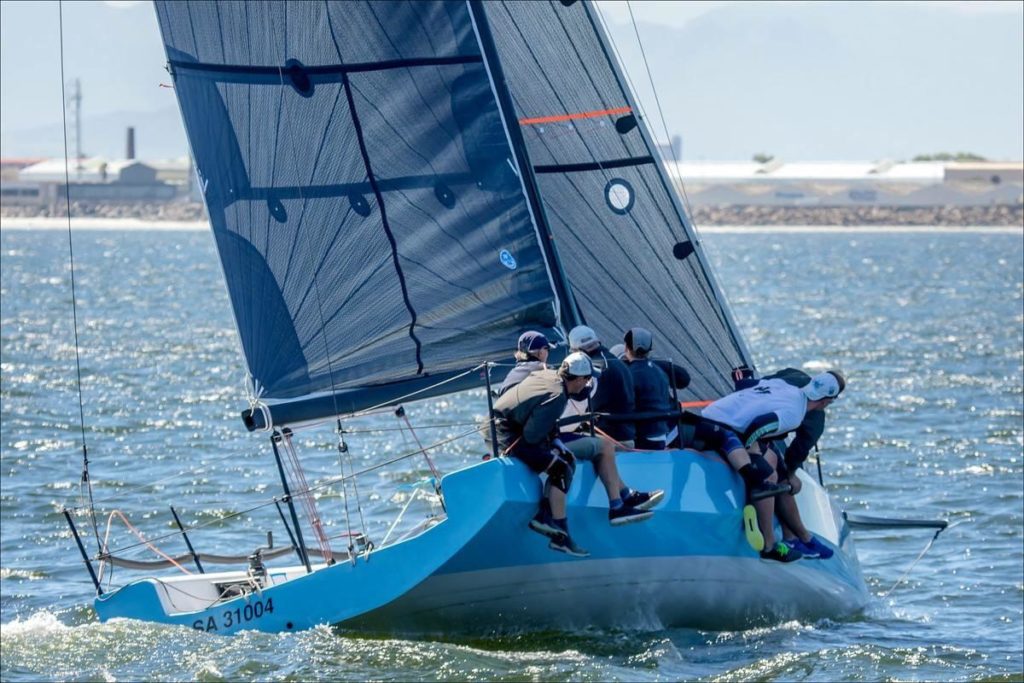 Offering guarantees of success is foolhardy, however given the profile of the Organising Committee that the club has put together, the strong history of the race and the commitment shown to go and start early is seen as a key ingredient for success. Spillers hopes to encourage a wide variety of sailors, campaign managers and owners he has had the privilege of working with or against over the years, to come and race in 2023.

“We have started early, we have a defined path, a working relationship with the Iate Clube do Rio de Janeiro as well as the marketing tools at our disposal to recreate the magic, build an awareness of this magnificent race and its challenges, least of all the magnificent sailing conditions that can be experience.”

Saturday Sailing at it's Best! Glorious weather prevailed for our Inter Professional Challenge this year.…

The leading sailing and lifestyle clothing supplier, Helly Hansen, will come aboard as an official…

Last Friday night’s lucky winner was Mr Victor Smit, who was unfortunately not present to…