The race was conceived by former Captain of the RMS St Helena, Captain David Roberts, after he watched the Cape to Rio fleet sail through Duncan Dock to Table Bay from the Royal Cape Yacht Club in January 1996. He was quoted on the occasion of the first race for The Governor’s Cup later that year:

What could be more romantic and exciting than watching this colourful fleet sail out to the start, impatient for the gun to sound so they could be off and racing for their exotic destination. All this, staged in the amphitheatre of Table Bay with its majestic mountain. Truly inspirational. Well, on this occasion it proved to be, because in the hour that I stood on the bridge-wing of my ship, safely tied up alongside Duncan Dock, the idea began to form of just such a race, but this time to the Island of St Helena. 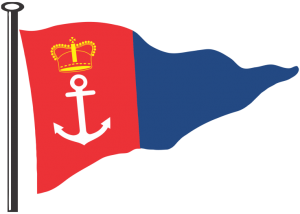 By 11th January, when the RMS St Helena arrived at Jamestown, he had formed a firm idea of how the event might be organised, which he outlined to then Governor David Smallman. As a sailor himself Governor Smallman was enthusiastic and suggested that, given that there was an Admiral’s Cup yacht race, then perhaps we might call the Cape to St Helena race ‘The Governor’s Cup Race’.

A presentation was made to the Committee and interested members of the Royal Cape Yacht Club in June that year and the Governor’s Discretionary Fund was able to finance the purchase of the trophy. Later, Governor Smallman was able to arrange that Steve Tshwete, the South African Government Minister for Sport, attend an official reception and lunch on the Sun Deck on the RMS, and Steve Tshwete started that first race out in Table Bay by sounding the ship’s siren.

Since inception, the race has been run every 2 years with the exception of 2016.

The 2018 race is scheduled to start from Cape Town on 26th December 2018. 15 days are allocated to complete the race.