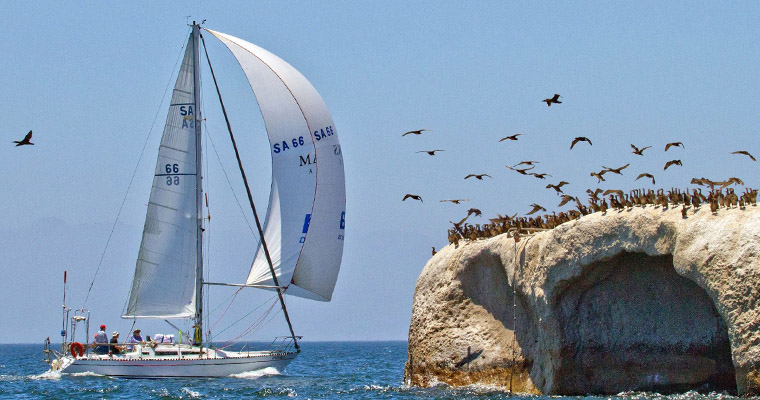 Indaba, skippered by the Race Chairman for this event, John Levin, is a Van de Stadt 34 foot yacht.

John competed in this race once before in 2012, when he came 2nd on handicap, and also visited the island in 1990 when it was a compulsory stopover during the Bartholomew Dias Race from Cape Town to Lisbon. At the moment John will be joined by his regular crew, Ken Bosenberg, who sailed the 2012 race with him. John is an experienced yachtsman with 6 Cape To Rio races under his belt. After the 2003 race he spent a year cruising Indaba up the South American coast, across the Atlantic to Med and then down the African East Coast back to South Africa. He has raced two Beachcomber races from Mauritius to Durban.