Intrepid adventurers, fog-o-philes and even some brave lovers of grog set out boldly on Sunday morning for the familiar shores of Clifton-armed to the teeth and certainly dangerous.

It looked to be a fleet of around 20 yachts casting off from the club before noon, but a number of yachts turned back at the sight of a loose fog hovering out to sea off Mouille Point. They were to miss out on a wonderful and sunny afternoon in the Clifton cove, opting instead for a colder and more bumpy anchorage at Granger Bay and even the commercial confines of the V&AW.

The dirty dozen of yachts that pressed on, unafraid, were to be rewarded with golden gifts from a blow up rubber “bar-tender”, in the form golden 6-packs [the liquid type]. After a braai, swimming, water bombing, storytelling and music [as well as the odd bit of maintenance!], there was a fun “lame duck” pursuit chase back to the club, sailed through the rolling fog in a gentle westerly, before the troops convened around the long table on the club terrace to regale stories of their foggy adventures, and to receive well deserved prizes for their participation and the race home. Pirate prizes like bandanas and stick-on tattoos were enjoyed by all the kids, and many of the parents too-as well as the “hopeless-creative” anchoring straf-dops [two winners!] in the form of a dark brown liquid.

To wrap up, a very enjoyable cruising day, with as many kids as adults, as many girls as boys, and three generations on the water. A number of things to look forward to for next time-so diarise the Hout Bay Raid on the weekend of 18-19 May, which may include an overnight raft up in Hout Bay. Sure to be a winner! 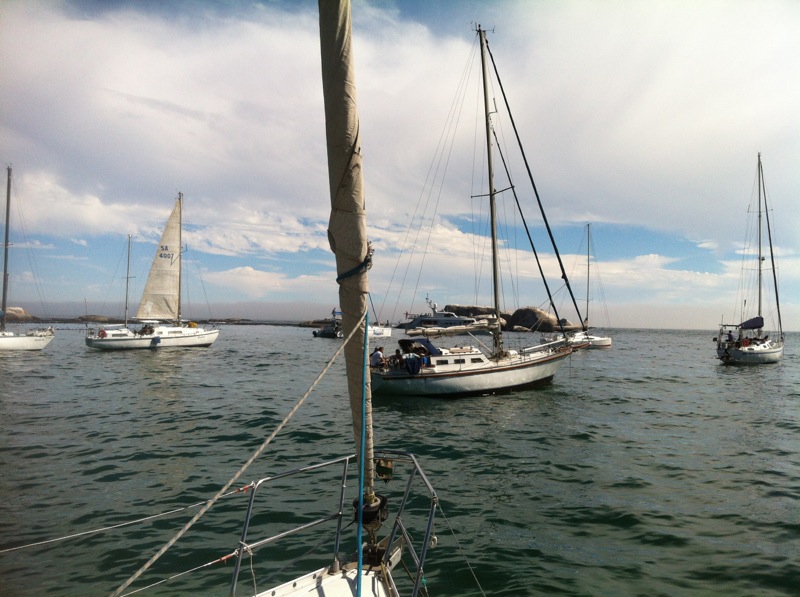 Last Friday night’s lucky winner was Mr Gerhard Kopatz, who was unfortunately not present to claim…

A link to the prize giving photos, thank you Trevor   TONIGHT ... Lufthansa Twilight…

Batten down the hatches as the RISKSA Regatta sets sail! In light of last year's…