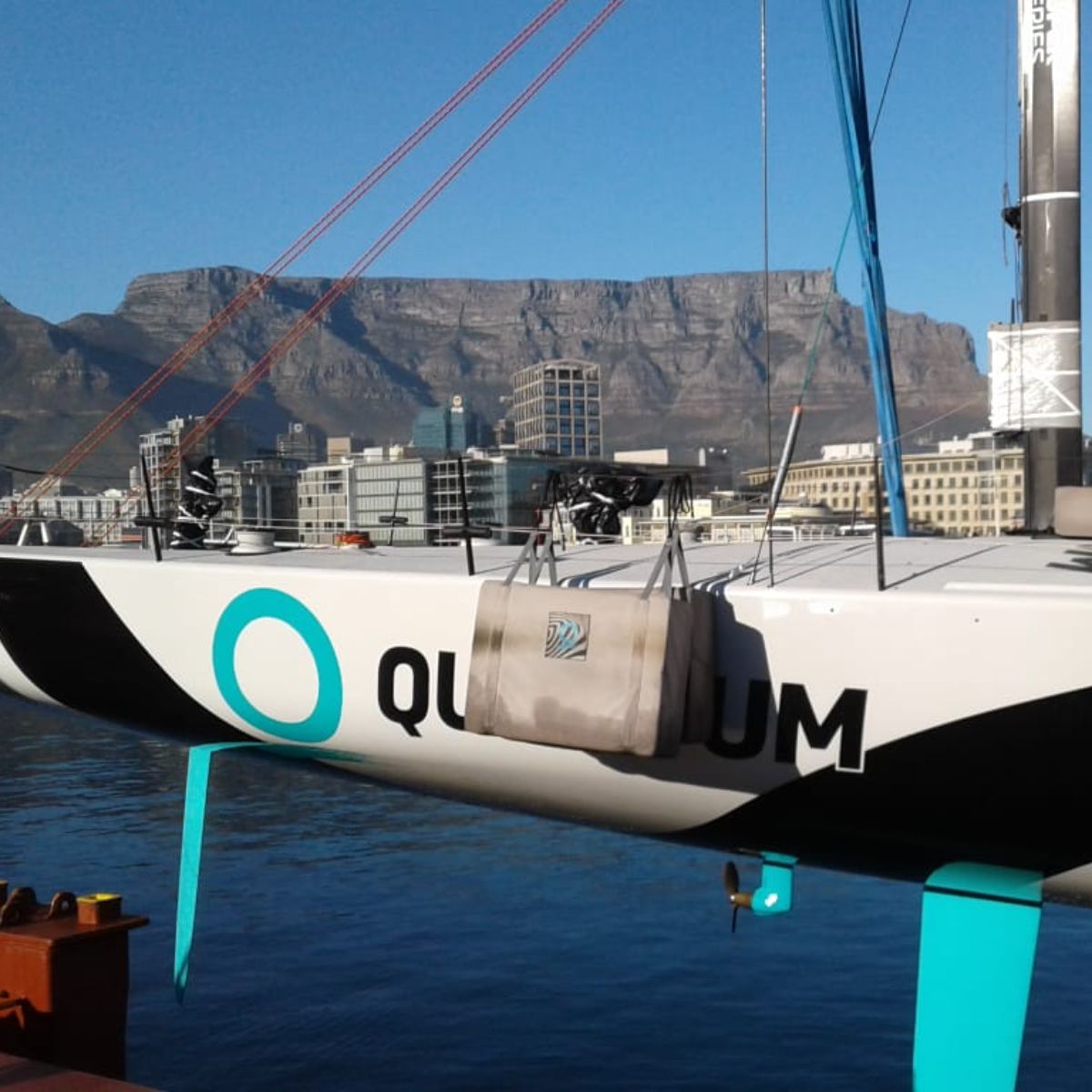 On the 13th of March, the second event of the TP52 World Championship Series, scheduled to take place in Cape Town from the 31st of March to the 4th of April, was cancelled due to the Covid 19 pandemic.  With lockdown looming in South Africa, most of the crews flew home. The boats were left on the quay side with very few representatives left to keep an eye. Initially, only the boat captain from Quantum, was allowed to go in to check the strapping.

With some bad weather predicted, this became an issue as Mike Giles explains. “We had a spate of bad weather that came through and these boats have to be checked on more frequently than others, preferably on a daily basis.  They have a lot of high value electronics onboard and hence you can’t allow them to fill up with too much water.”  Thankfully Stephen Bentley from the V&A Waterfront, stepped in and issued permits allowing the guys to come in to check on the boats. Keeping social distancing in place, they could now get on the boat, check equipment and empty any water that had accumulated.