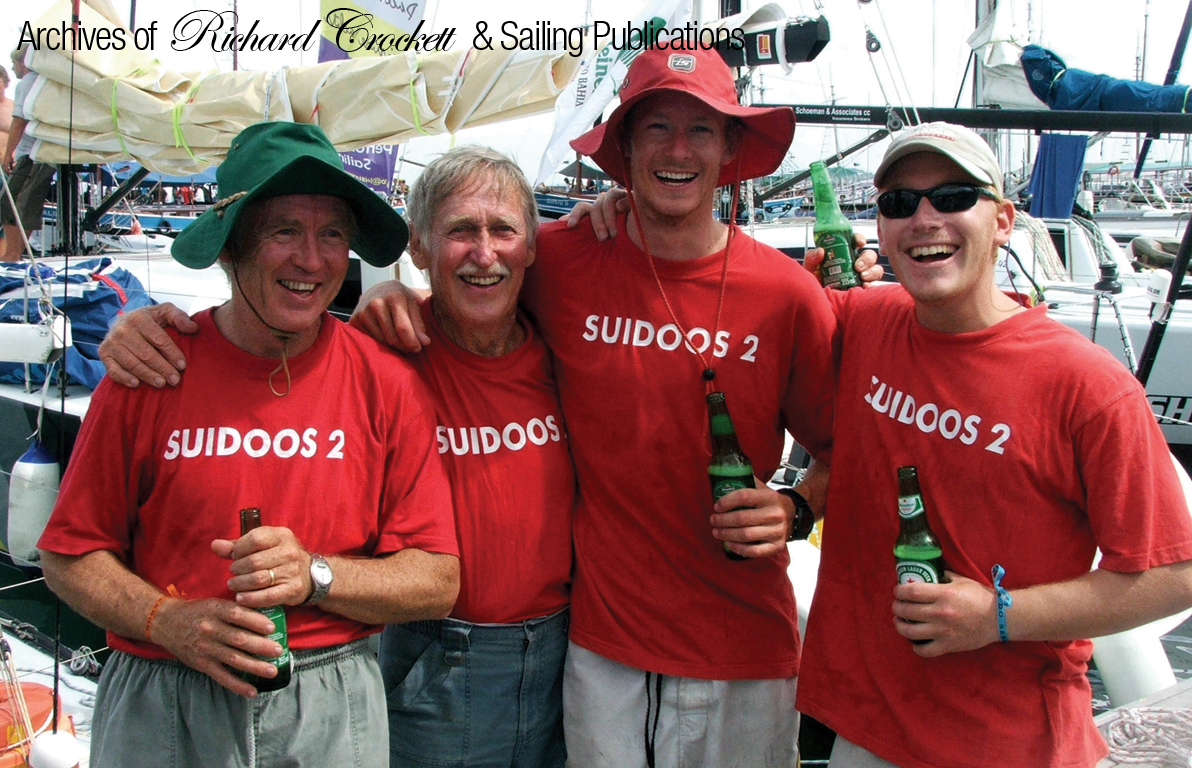 I cannot recall having ever met Gawie Fagan, yet I feel I know him well as he was someone all yachties spoke about with reverence as he was simply one of those people who went sailing with little fuss nor fanfare. 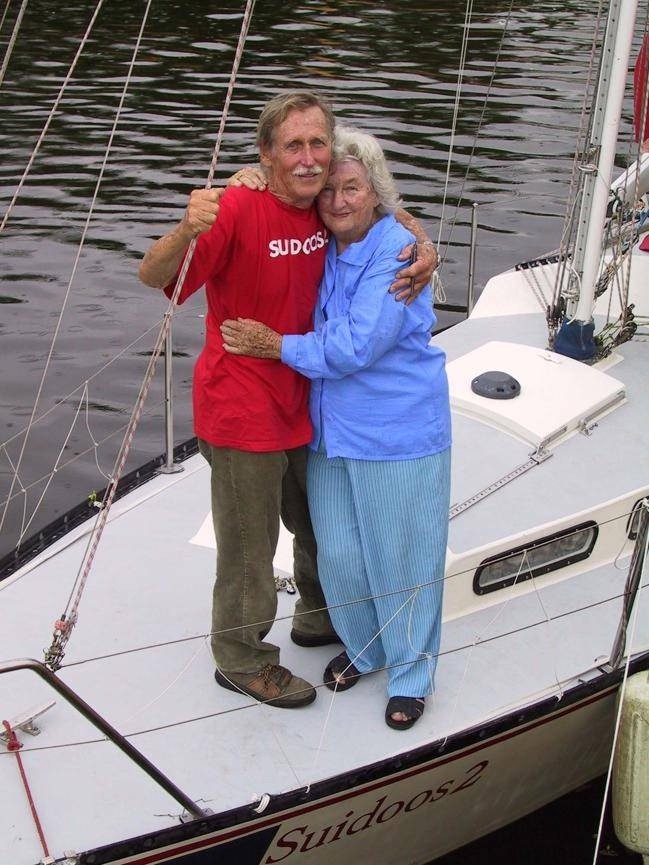 In the words of Frans Loots, “Gawie Fagan just always stood out for me as a true blue amateur sailor who sailed for pure pleasure and enjoyment”. Yet he was a fine yachtsman who put a lot of thought, energy and innovation into his sailing and his boats, racing competitively and always fairly.

He and his trusty steed ‘Suidoos’ were always referred to as if one. Suidoos was a Zeevalk/van der Stadt designed 40-footer – and Suidoos II an RCOD of just 9-metres in length. Both were narrow-gutted and not the most comfortable of boats, and at just 9-metres length overall, Suidoos II in particular was considered by many to be rather small and uncomfortable. Yet Fagan crossed oceans in these boats, and successfully too. 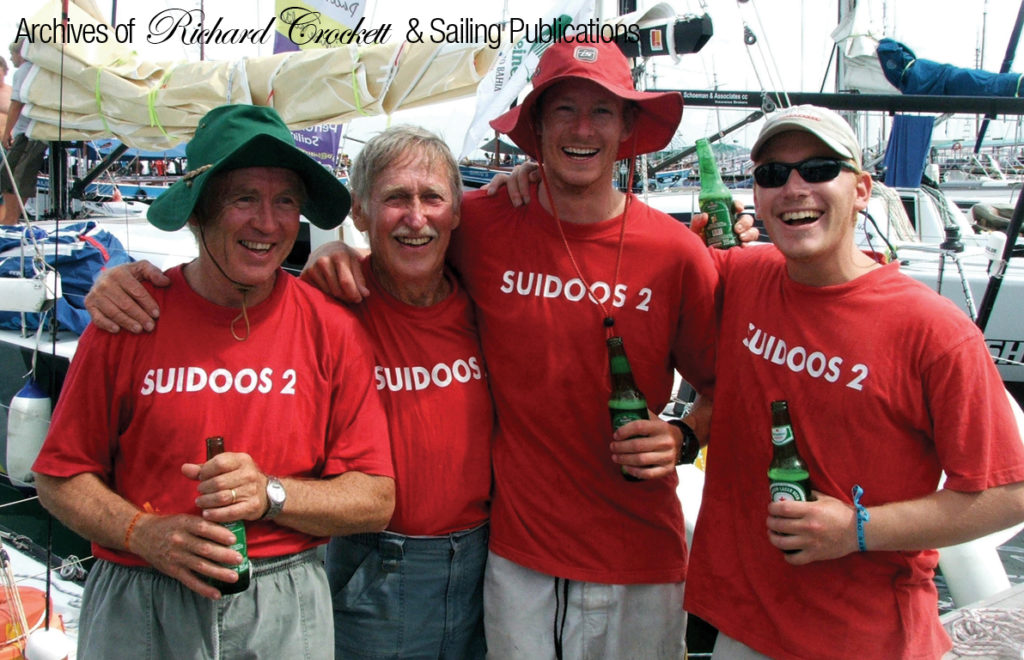 Fagan was chosen to crew aboard the Bartolomeu Dias Caraval in 1987 for what was one of the most extraordinary voyages of his life – a passage to Portugal. Fagan told the Sunday Times: “I’m looking forward to the trip immensely. It’s the sort of opportunity that comes along only once every 500 years.”

In 2003 he sailed the Cape to Rio Race as the oldest competitor on the smallest boat – Suidoos II – taking 26 days to complete the course. The low point of this race was the fact that he was becalmed off Cabo Frio, taking two days to complete the final 100 nautical miles. 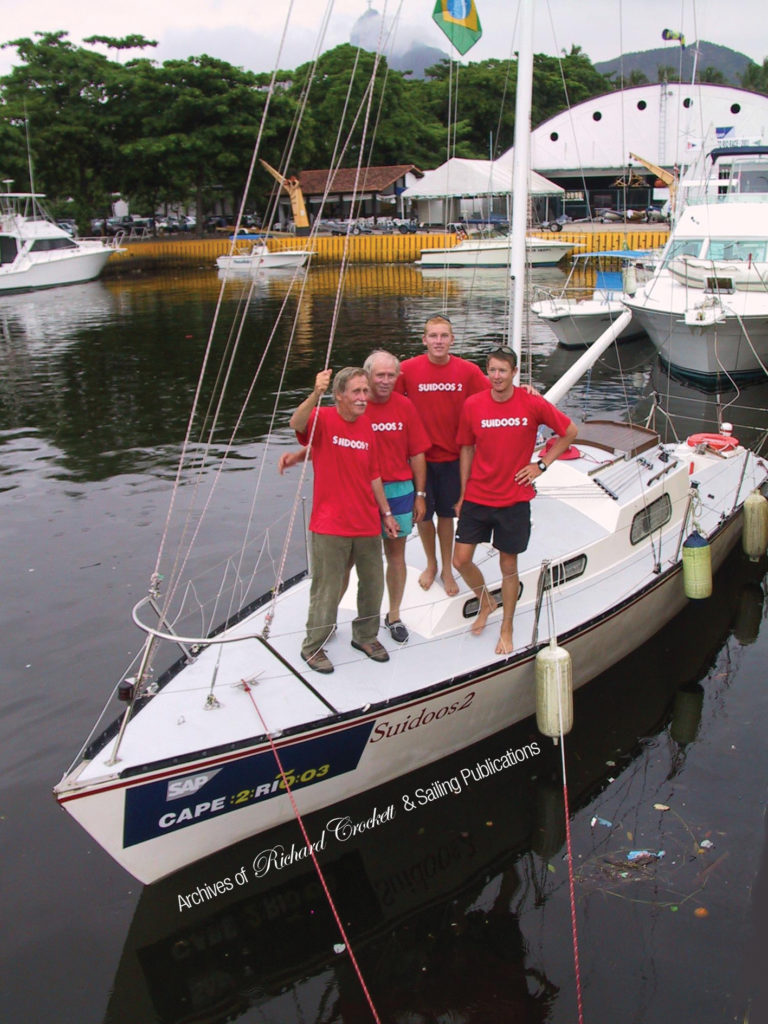 A highly successful architect by profession, and author of several books on architecture, Fagan was, in 1982, awarded the South African Sport Merit Award for Navigation.

He was a man of great all-round talent, a fine yachtsman with immense general knowledge and never short of a well-crafted quip – and a loss to our sport

Great opportunity for RCYC members to get a great discount on Puma gear! The weekend…

Racing with only two of you on board is tough enough. But when the wind…

The RCYC Sailing Academy in the Vasco da Gama Race 2014, by Harry Brehm

Tim Dykins, the owner of 'Southern Storm', has kindly invited me and 3 of our…