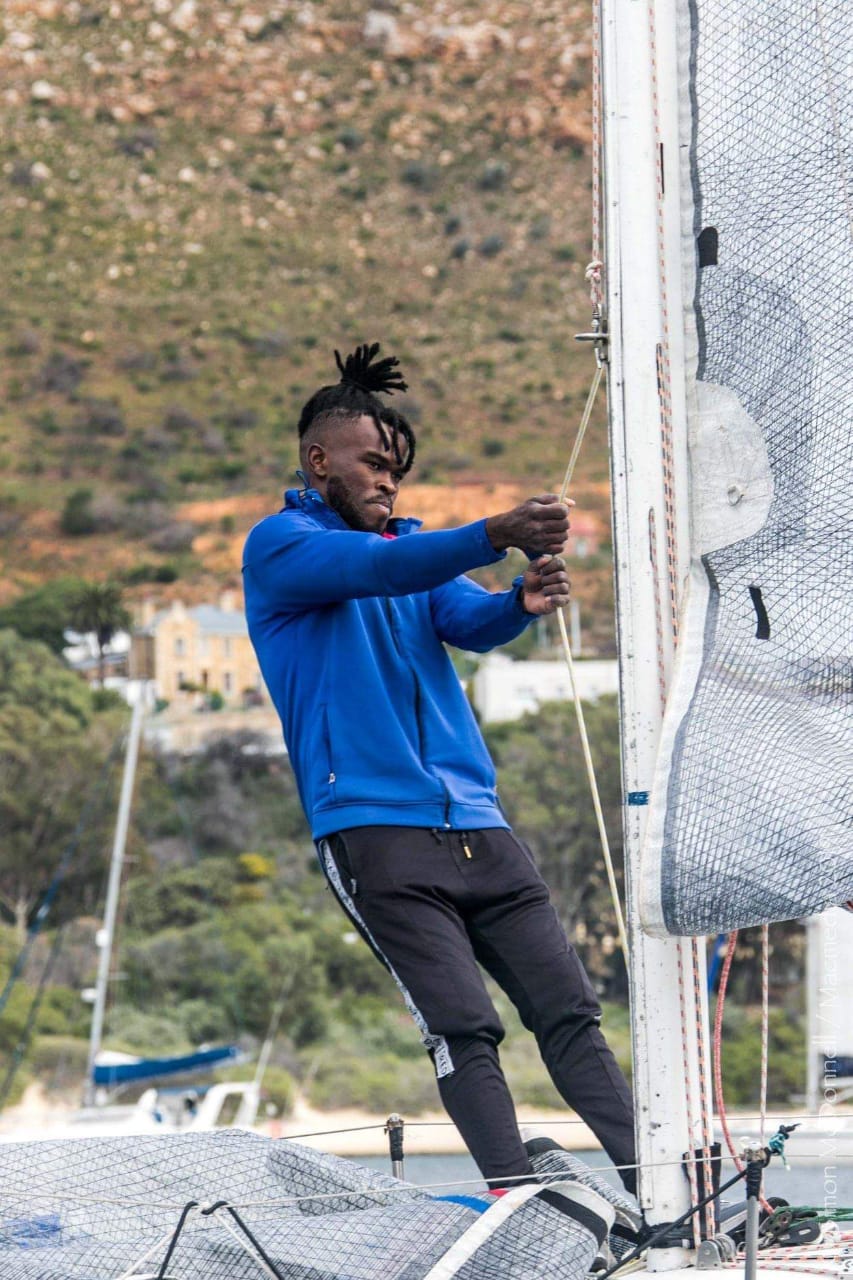 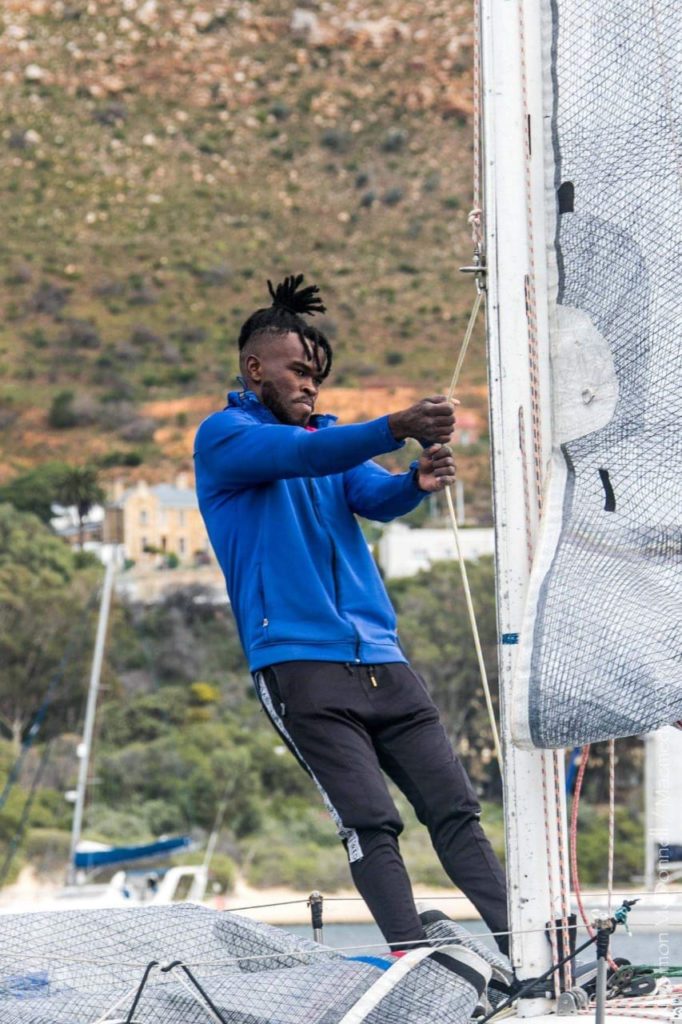 It took a while to settle to the city life.  I didn’t like it at all, I just wanted to go back home.

Year 2003 sailing was introduced to our school, but I had no interest all.  All I wanted was to play soccer.  All my friends were doing sailing except me.

Year 2005 a friend begged me to come to sailing and crew for him he needs one more crew to sail.  So I came along.  It was a windy day, the southeast was blowing, but that didn’t stop any sailor from the Izivungu Vungu sailing school.

My first time to jump on the boat wasn’t as nice as my friends told me.  I thought on that day I wouldn’t make it home.  I was scared to death for my life.  The skipper was making it worse.  He kept on shouting and I had no clue what he was talking about beside the third member of the team.

After that day I told myself I’m not doing it again.  So I stayed away for 2 years, just focusing on soccer and my school work.  Things changed in 2007 when a guy called Howard came to me and spoke to me about how sailing will change my life.  So I went back to try it out again.

My family was struggling financially so things were hard for me at school.  Izivungu Vungu played a big role in my childhood.  I was able to get new school uniform and stationery every year from the sailing school.  Of course nothing came for free.  We had to work on the boats, fight on the water to stay on the top three so that you can get credits.  Once you reach thousand credits the manager Mathew Menz took you to go shopping with your credits.

I think for me sailing just came naturally, because it only took me 8 month to move from sailing with the beginners to joining the big boys racing in the Friday league.  I had to race against Asenathi Jim, Morlon Jones, Kenywen Daniels etc.

Year 2008 I was selected to join the RaceAhead Sailing Squad for their training on SB20s.  Unfortunately I didn’t make the team, but that didn’t stop me because it was my dream to race on that team.  So I went back and put more hours on the water, 4 days a week.  My school was Masiphumelele high school.  I was selected to go to interschools mid-year 2008.  I was the skipper to race against the likes Bishops, Sacs etc and we won on our first attempt.

Year 2012 RaceAhead had trials for 2013 Junior Worlds and Europeans to sail with Asenathi Jim as his crew.  At that point I was a helm, but I wanted so bad to be the one going, so I bring my A-game.  As a results I was the one selected to represent our country overseas against 32 nations.

I stayed at RaceAhead from 2012 till 2017.  That’s when I joined the Academy, I started as a volunteer for 8 months doing boat maintenance and helping out where I can.

My drive to join the Academy is because I just wanted to share my knowledge with the kids of the school.  Because I strongly believe such knowledge have to be passed on.  Lindani Mchunu helped me to get all the qualification I need to have in order to be fully operating at the school.  “You can be a good sailor, but you still need qualification to be a coach or instructor.”

Slowly we started producing sailors to compete and be competitive in regattas.  We all know that in any kind of sport, you need to be a team player, commitment, team work and being able to work under pressure, are always the things that I want to see in a sailor.

The job of being an instructor is not as easy as I thought, especially when you are dealing with teenagers.  But I’m enjoying it because finally I am able to share my sailing experience that was pass on to me to other sailors. 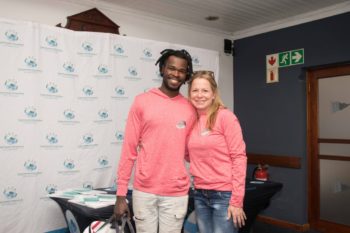 Last Friday night’s lucky winner was Mr Michael Rothenburg, who was unfortunately not present to…

See image below for the Start Area. Please note no spectator, media or VIP boats…