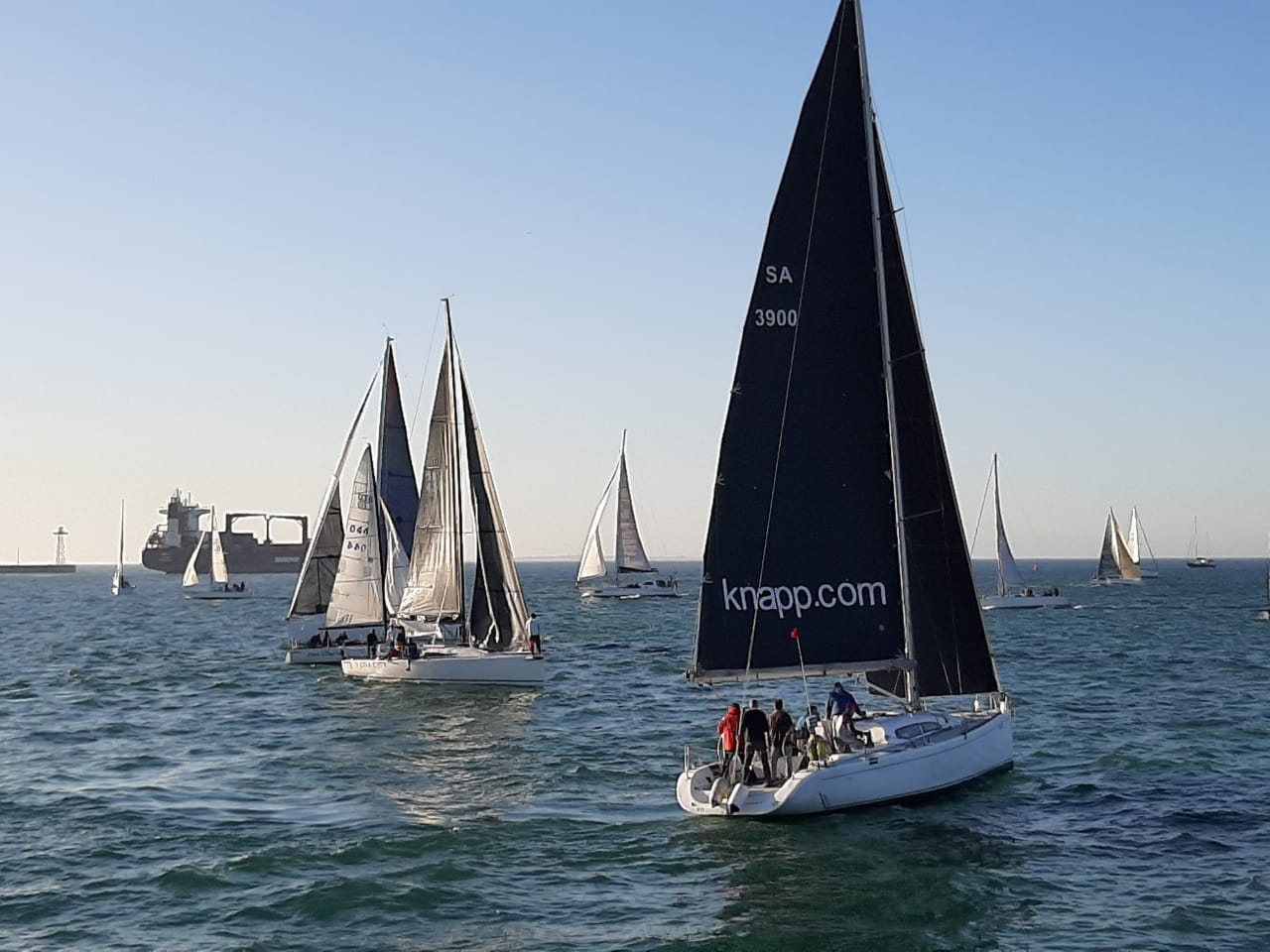 When the lockdown happened in March, our entire Sailing Calendar was thrown out of the window. After a few months of being confined to land, it has been such a pleasure to get out on the water for pleasure sails, as well as take part in racing again.

Double Handed racing was the most Covid-friendly way to resume racing and we held our first race on 15 August with 22 boats on the water. The second race saw 19 boats taking part, while the third race had to be abandoned due to lack of wind.

During August, the Department of Sport regulations limited us to a maximum of five people per boat. Not a very logical way to control numbers as they did not distinguish between an L26 and a 52 footer. However, we decided to run some club racing and call it the Cinque Cup as a nod to the crew limit.

We have held five races in this series and all have been well supported with 34 boats taking part. When chatting to members who have been sailing for many years, they often talk about how good winter sailing in Cape Town is compared to summer. There has been plenty of evidence of this where we have enjoyed medium breeze and flat water on many of the race days. 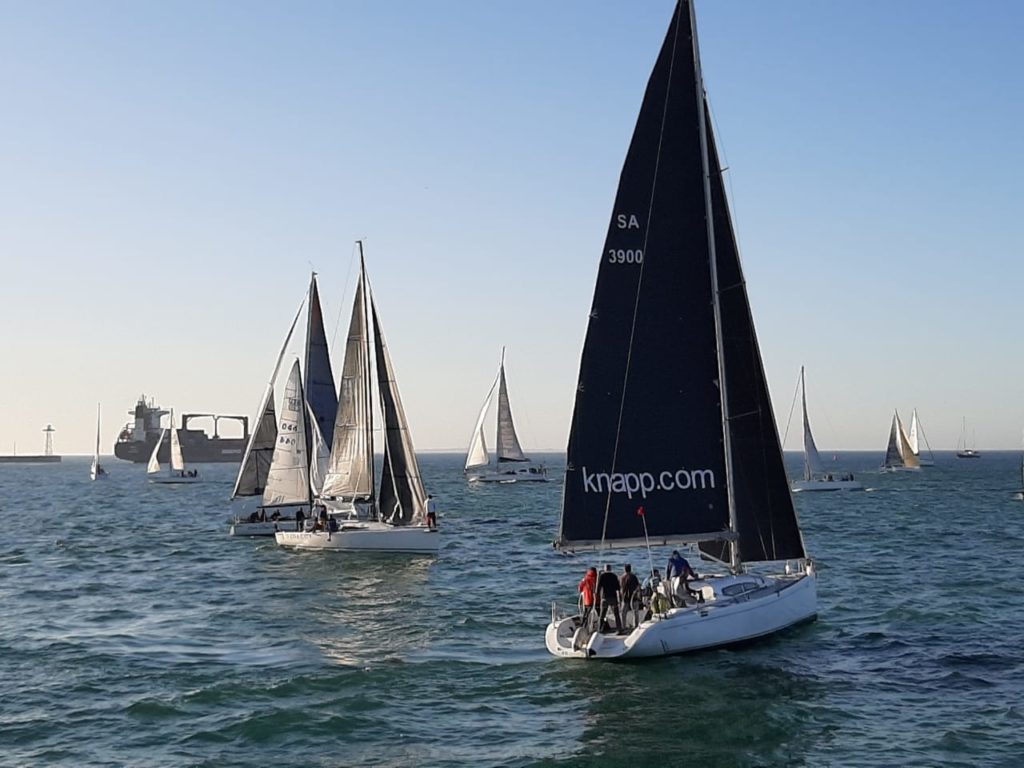 On the 14th of October we held the first of our Twilight Races. We no longer have a sponsor for this series, but that has not diminished the enthusiasm. Thus far 48 boats have taken part. At this time, when we are all sick and tired of the plague, some mid-week fun on the water is very welcome.

On the 17th of October we held a slightly different Portugal Day event. 53 yachts and their crews took part in a race around Robben Island.  With the wind out of the west, it was a bit of a soldier’s course, but the fabulous conditions more than made up for that. Whilst the party in the regatta centre could not happen, Nando’s and Bica provided delicious Portuguese food and the club was a very happy place. Thank you to the Portuguese Embassy for their generous sponsorship.

Next month, on the 27th November, the popular West Coast Offshore race will take place. The first entries have already been received. Please be sure to get yours in as soon as possible. Saldanha Bay Yacht Club will be hosting the prize-giving celebrations with their usual welcoming spirit.

We will also hold a fun club race on Saturday 14 November with a start at 13h00. Please enter by emailing . 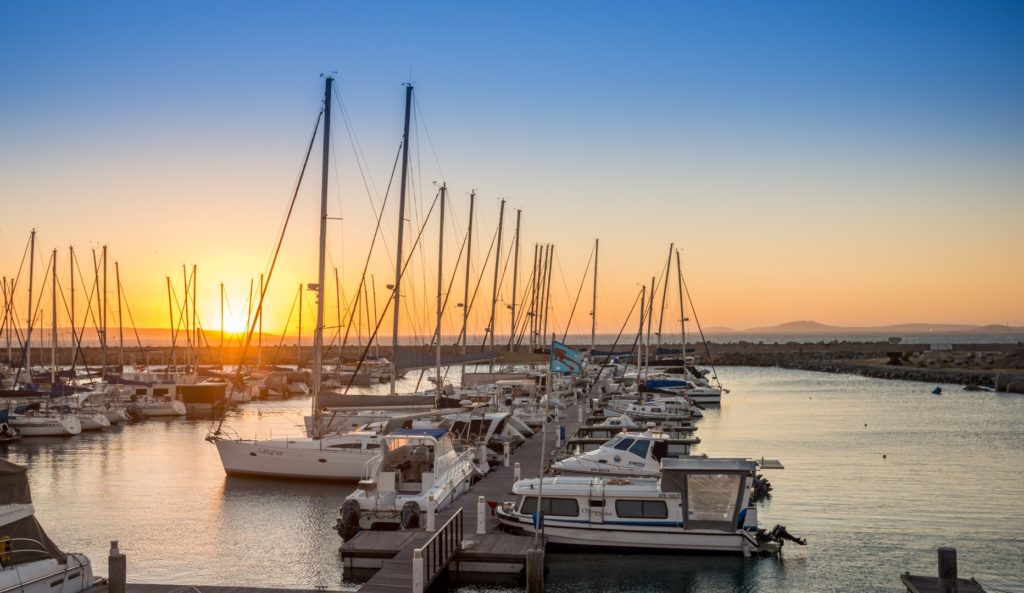 Club Mykonos have continued their sponsorship of the special Mykonos Offshore Race and the 31st edition will be held on the 19th and 20th of February next year. The Notice of Race will be published on Monday and entries open then. Marinas are allocated on a first-come, first-served basis, so make sure you get your entry in promptly. Who is keen to party to the sounds of the very lovely Louise Day?

The South African Sailing Western Cape Inshore and Offshore Circuits have recently been announced and a Notice of Race published on our website. The Inshore Series comprises three regattas – Sail Cape Town, Admirals Regatta and Spring Regatta. The Offshore Series is made up of the Mykonos Offshore Race, Double Cape Race (yes, this classic is back), the Cape Point Challenge (a feeder  race  from RCYC to FBYC), Agulhas Race (from FBYC to Agulhas and back) and the West Coast Offshore. For full details and dates please have a look at the NoR.

Each year ORC improve the formulas by which they calculate our handicaps. The box of tricks that does this is called the Velocity Prediction Programme. This is the reason we need a new certificate each season. It is interesting to see the small changes that are made as well as to see the resulting corrected times. In a recent Twilight race, where we have spinnaker and non-spinnaker boats competing against each other with their respective certificates, no less than seven boats in Class B finished within 27 seconds of each other on corrected time. Four boats were only a second apart. In real time the fastest boat of the seven completed the race in 49 minutes 26 seconds, while the slowest took 55 minutes 51 seconds, a spread of more than six minutes. When you see results like that, you focus a little closer on each tack and gybe.

I hope you have all been enjoying your sailing and your time at the club before and after races. Despite the disaster that Covid has been for most of us, it is a joy that we are able to sail and race albeit with some restrictions. The Sailing Committee and Office will continue to work on organising excellent racing and cruising for our members. Please support as many of the races as you can.

The Cape 2 Rio Race Headquarters are busier than ever right now. A new Cape…