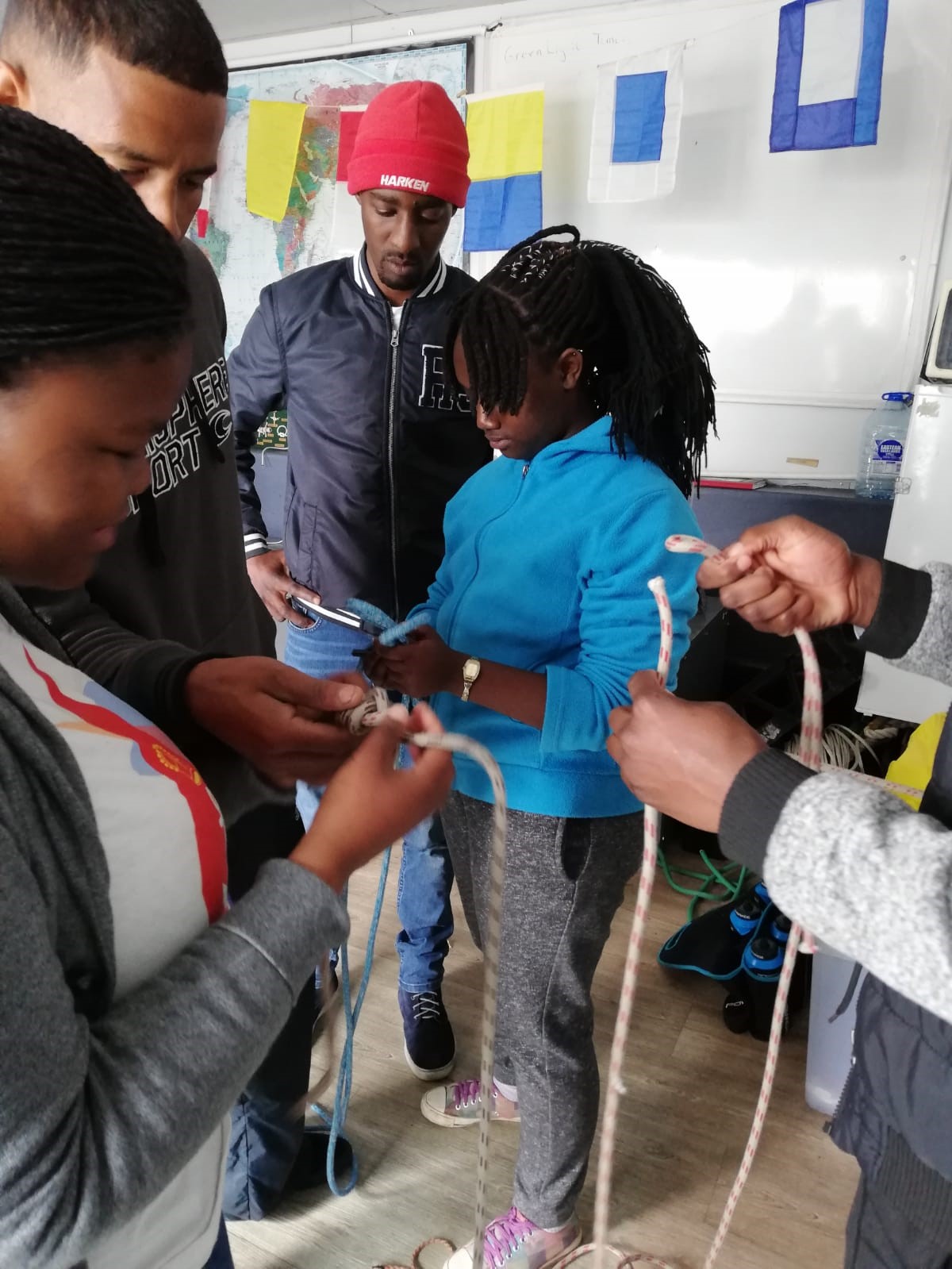 “On behalf of my team and the Royal Cape Yacht Club, I would like to say thank you to the Transport Education Training Authority (TETA) for giving us the opportunity to not only transform lives but ourselves,” says RCYC Sailing Academy Director, Lindani Mchunu.

TETA has been instrumental in the growth of the RCYC Sailing Academy over the past three years. “Looking at the amount of funding received from TETA (R2.2million+), one would think not much of an impact has been made, but nothing could be further from the truth,” Mchunu explains. 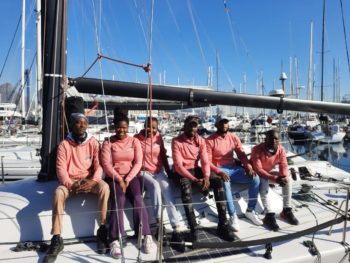 Prior to TETA’s funding and presently, the Academy is kept afloat by the Royal Cape Yacht Club as its CSI project, and with membership contributions. TETA brought structure to the Academy and the process of engagement with TETA turned the Academy from a charity organization into an accountable business – one that understands its role in the maritime eco-system.

“We immediately went from just taking kids for a sail to being more aware of the role we could play in making youth conscious of the opportunities in the maritime industry. For the first time in the history of the Academy, we trained kids on the water and took them to supplementary safety courses like the STCW certification,” Mchunu explains.

One of the many by-products of the partnership between the RCYC Sailing Academy and TETA has been the relationships forged, particularly with CPUT in Granger Bay. A water awareness course gave the CPUT learners hands-on experience of life at sea onboard a vessel. They learnt how to handle bad weather conditions and work as a team to navigate their way back to shore. 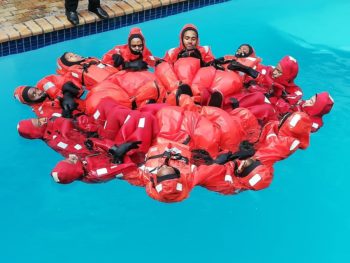 The first tranche payment made to the Academy by TETA, produced the Academy’s first qualified Senior instructor Sibusiso Sizatu. Sizatu will be leading the Academy crew when they participate in the 2023 Cape2Rio race.

In June 2019 a young lady, Yonela Temela, who became Khayelitsha’s first female sailing skipper, traveled to Maine in America and stayed there for three months teaching kids how to sail at a summer camp. Temela earned her skipper’s license two years after she and 15 others joined the Royal Cape Yacht Club Academy programme. The following year she enrolled at the False Bay Boat Building College. 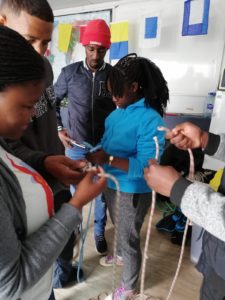 Learning how to tie knots

Challenges in the programme

The Academy commenced March 2019 with 30 students and concluded March 2021 with 22 students. Two students are employed every weekend as a result of the course and activities completed.  All courses are accredited either though SAMSA, ICASA or SAS and include the following: STCW courses, Swimming, Dinghy sailing, Competent crew, Radio license and Boat safety. Six students completed the Day Skippers course and Instructors Course, and one student completed the Coastal Skippers course.

“One of the overlooked benefits of funding institutions that operate in previously white exclusive establishments is the role those institutions play in being a catalyst for change. Our Academy is predominantly black, not by design but by inheriting the TETA mandate,” says Mchunu.  “In turn this has made us a change agent in our sport, but most importantly in our club. Youth from Khayelitsha mingle freely with Club members from Camps Bay or Clifton, youth from Mitchells Plein mingle freely with youth from Constantia.” 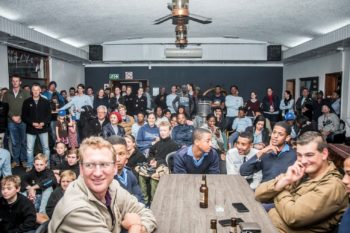 One such event spearheaded by the RCYC Sailing Academy during the period of TETA funding was the Youth Regatta of 2019. There was well over 150 competitors on the water and more than 100 of those were youth, not just youth from previously disadvantaged communities as is commonly referred to, but youth from all walks of life. This TETA event served as a tool which enforced the idea to TETA beneficiaries, that given opportunity and preparation, they can compete on an equal footing with anyone.

Malcolm Alexander, ETPD Practitioner at the Maritime Chamber of TETA, echoes the sentiment and believes that together the RCYC Sailing Academy and TETA made a huge difference and will continue doing so: “Thank you for your professionalism, excellent project and people management. This is not the end of the road and I look forward to a long partnership of delivery in the linkages between youth and maritime, youth sailing, work placement maritime students and any other routes to bring maritime to all.”

”The Ocean is the great equalizer, in our country where people are divided by socio-economic status, the ocean is a place which restores dignity to the less fortunate,” concludes RCYC Sailing Academy Director Lindani Mchunu. “We look forward to hosting a graduation ceremony for our students once the lockdown regulation eases up.”

RCYC invited to partake in the Rolex NYYC Invitational Cup