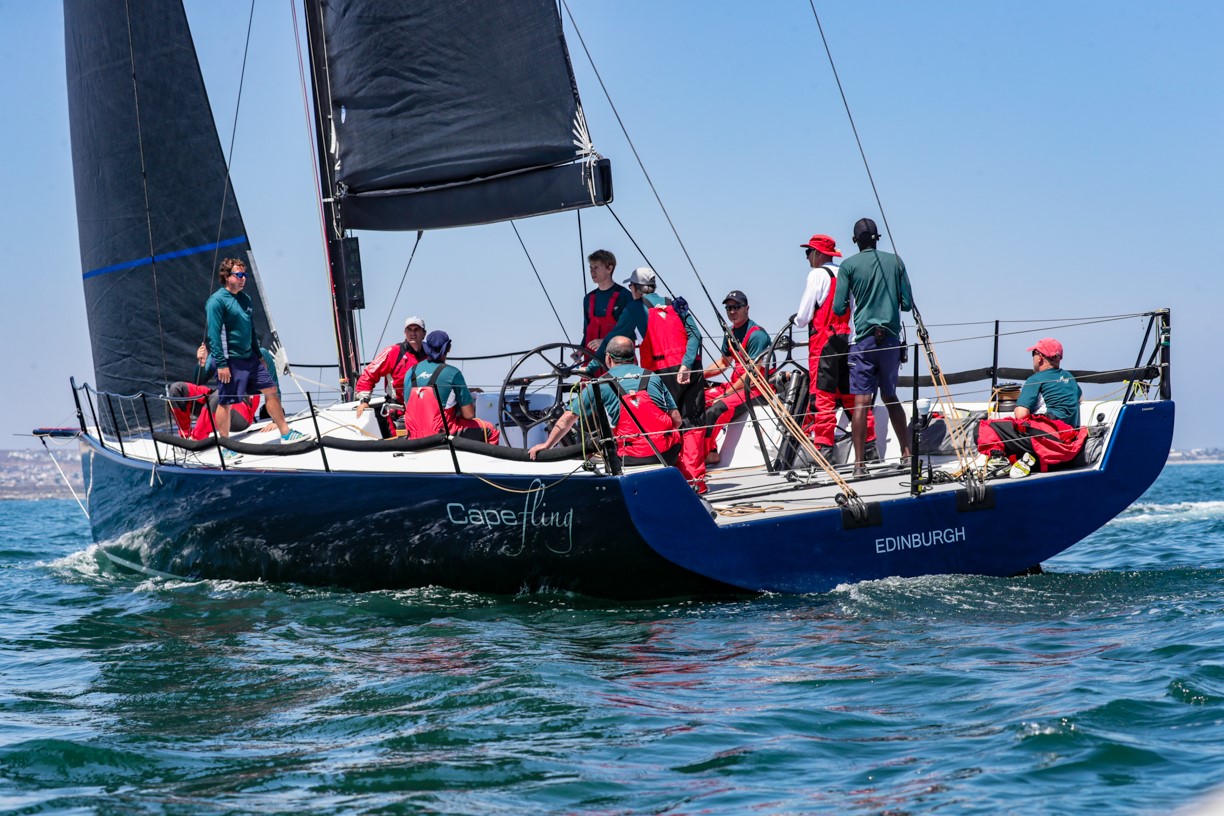 Sitting down with Irvine Laidlaw, by Liesl King.

Irvine Laidlaw is an icon of Cape Town sailing.  He sponsored the Cape Fling regatta for eleven years and brought several high tech racing boats, all called Cape Fling into South Africa. He was also instrumental in getting the very successful Cape 31 class off the ground, including sponsoring the design and manufacture of the first Cape 31. Recently, Irvine very kindly donated several sets of Musto foul weather sailing gear to the Royal Cape Yacht Club. Commodore Neil Gregory caught up with Irvine to see what he had been up to during lockdown.

Irvine, who was recently crowned Sailor of the Year at the Monaco Yacht Club, explained how that came about. “We did win a number of regattas in 2019 and I think because there was no sailing in 2020, the Club were scratching their heads as to who should be Sailor of the Year. In the end they looked backwards to see which member had won the most regattas over the years and I guess my name came up. I was delighted to get this award and I feel very honoured to receive it.”

Gregory enquired as to what had happened to the two Cape Flings, that Irvine competed on successfully in Cape Town in 2019. “Actually I brought three Cape Flings to Cape Town”, Irvine explained. “There was a Ker 46 that was built in China, I brought it in and kept it here only for a season. It turned out to be very over canvassed and without question, the wettest boat I have ever sailed on. The positioning of the helm was right up forward and as I was behind the wheels, I was the first to get the wave of water that came over the decks of that boat.

“The first boat, the red Cape Fling was a 50 footer, which is still in Cape Town. The 46 footer went up to Europe, but we weren’t successful with it.  Then came the dark blue Reichel Pugh 52 footer, which was a wonderful boat and has been sold to Australia.”  Gregory fondly remembered sailing on the first Cape Fling. He asked Irvine which boats he currently owned in Europe and what the program was for his racing yachts going forward?

“I built a 56’ in 2016, a boat that we didn’t sail very much, partially because of COVID and partially because it just didn’t work out. That one has been sold and it currently leaves me with three boats. The first is an 82’ Reichel Pugh (named Highland Fling XI) and a hugely successful boat.  We have won the Rolex Maxi on it three or four times now, I think. A fantastic boat to sail. I still have my Spirit 52 (Oui Fling), which is an all-wood boat and is in the Solent. It looks as if it was designed in 1930, but it actually has a modern under body, modern winches and a modern carbon spar. We raced that regularly in the Solent in summer and this year we will be racing it in Guernsey in the All Spirit Regatta.

“The third one is a new venture for me. I have decided to move into catamarans, big cats. I bought a Gunboat 68, which at the moment we are busy lightening and removing all the excess gear to change it from a cruiser to a racer. I have also commissioned the build of a new Gunboat 80, where we have a completely new hull design, which is going to be a very exciting boat.

“We have only got two events scheduled for the RP82, the Palma Super Yacht and the Rolex Maxi. For the Gunboat 68 we are going to be doing the Loro Piana, the first time they’ve ever allowed a multihull fleet and a Parma Multihull. It then goes to the Caribbean where we plan to do an extensive season beginning of 2022. The Spirit will remain in the Channel and we do every Twilight race. We are also doing the regatta in Yarmouth and then the regatta in Guernsey. So a pretty busy season running three boats. 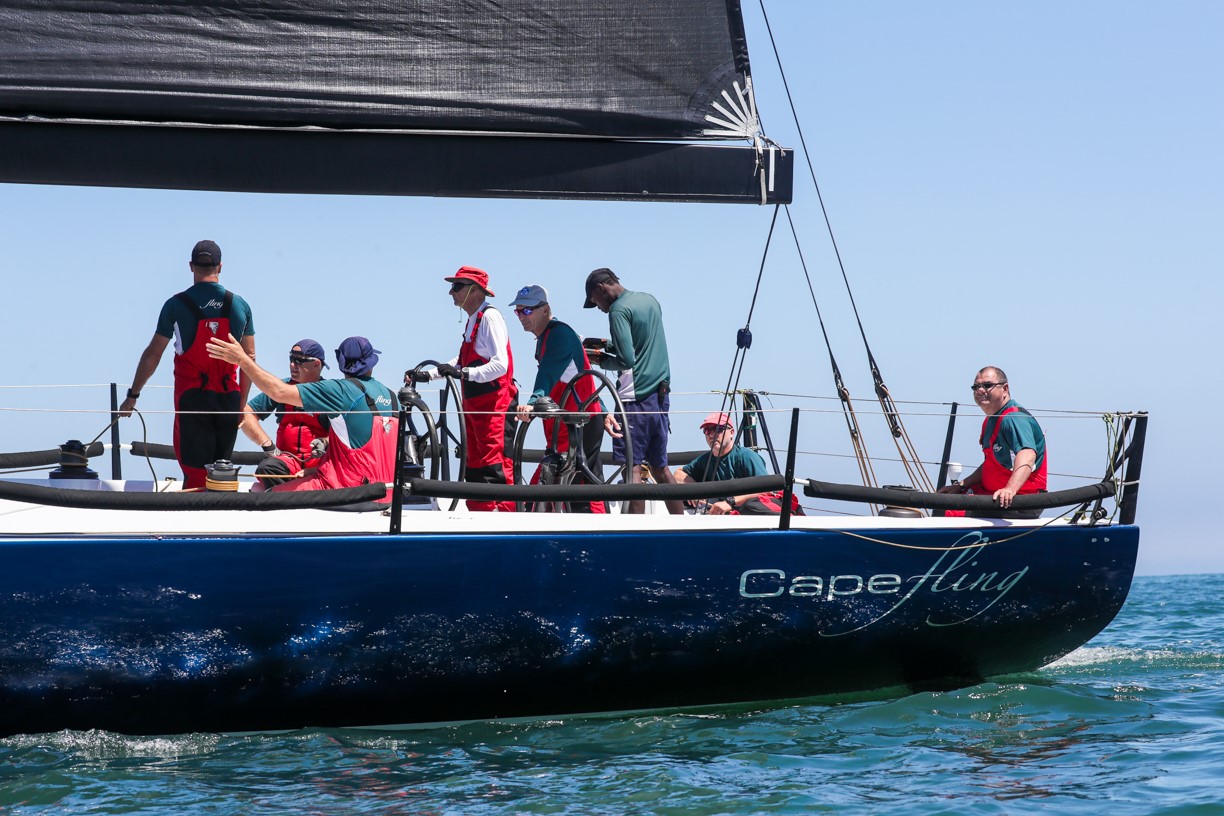 “The Gunboat was designed by VPLP, one of the best multihull designers. Catamaran sailing is totally new to me. It is partially due to my age. On the big boats it is becoming a little bit of a struggle moving from side to side. The catamarans being flatter and not exceeding 10 degrees of heel makes it easier. I think that is going to be a good move and will allow me to continue to sail and continue to race for many years yet.”

Gregory commented that Irvine must be very proud of the huge success that the Cape 31 yacht has achieved. “I am actually really very proud of Mark Mills. Mark did a fantastic job designing that boat. He came out with a boat that really performs incredibly well both in light and heavy. He warned me when I commissioned it from him that it will not race properly under IRC. Well that has proven to be not the case, it can be totally competitive under IRC, as well as being super-fast and super high performance.

It is relatively dry for a small boat and it has exceeded my expectations in every way. I was of course delighted to sell as many as I did in Cape Town and I think we have accomplished my goal which was to rejuvenate sailing and bring new people into it. As well as bringing people who had given up, back into sailing in Cape Town. I have been thrilled by how successful it has been here.

“I am also really excited by what Mike (Bartholomew) has done in England. There is now going to be a regatta that is being put on by the Royal Thames, with a Cape 31 exclusive fleet for the first time. I will be putting up the trophy for that class.  Gregory wondered whether there was any chance of another boat being brought to Cape Town. “Don’t you think three boats, not to mention three motorboats are enough? I think it is highly unlikely”, added Irvine. 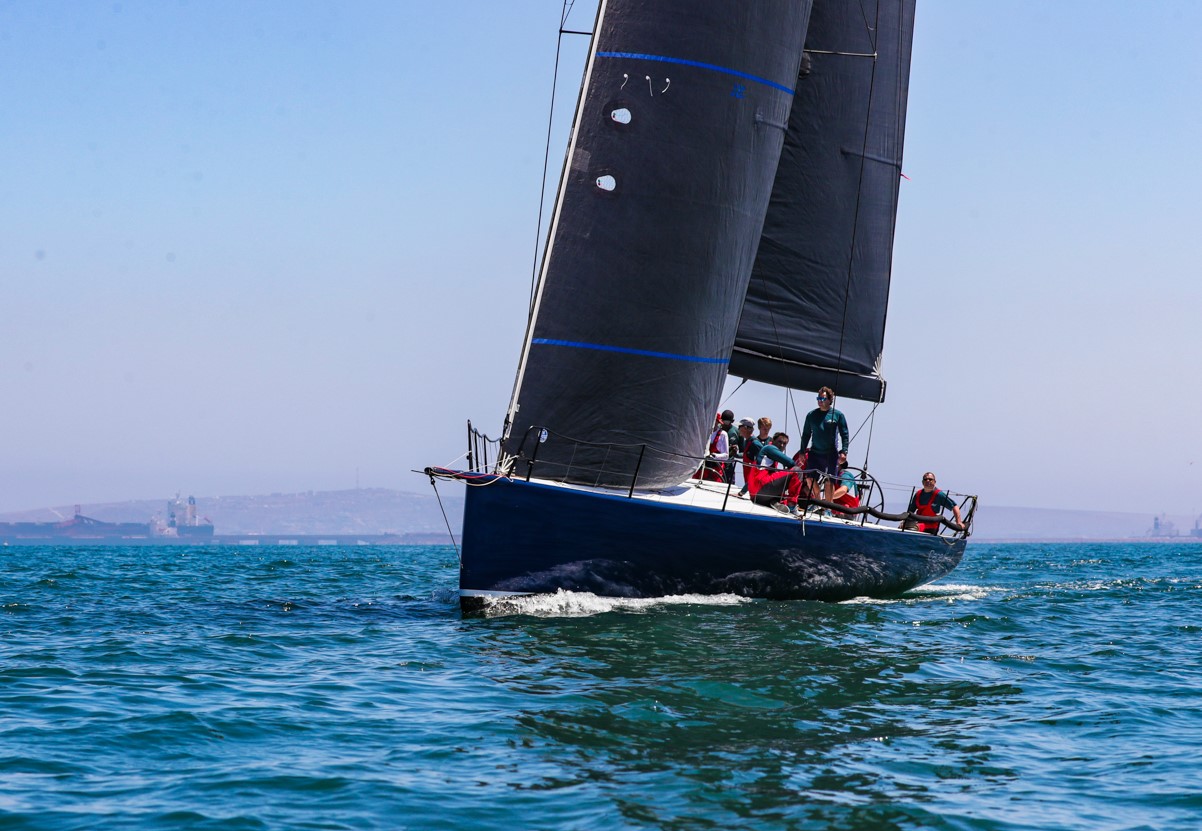 Foiling? It seems to be the way forward, Gregory asked.  “Foils are great, but you can’t have that in a fleet. You can’t have things protruding from the hull. It’s a little bit different with a cat and we have been looking at that with VPLP. Not foiling but lifting the hull significantly out of the water. But not as high as in a foiling boat.  I think it is very exciting. Perhaps in dinghies you can do it, but I think in medium sized club racing we are all still going to be sticking with displacement hulls.  Or at least hulls that do go fast, as in the Cape 31s, but not on foils.

Last Friday night’s lucky winner was Mr Robert Payne, who was unfortunately not present to claim…

Click on the Poster to see our Jazz on Deck Menu