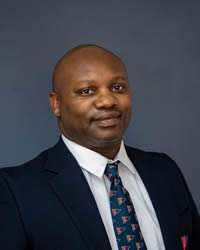 Two new members, Damon Lyons and Ntokozo Hlatshwayo, were recently elected to the General Committee (GENCOM) of the Royal Cape Yacht Club. Lyons will be representing the Academy, while Hlatshwayo was nominated to serve on GENCOM. 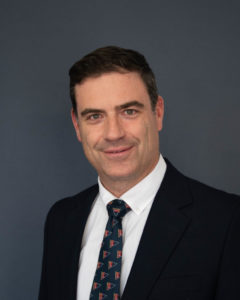 Lyons was introduced to keel boat sailing at a very young age by his father and has been passionate about sailing ever since. An RCYC member since 2003, he has competed in numerous offshore and inshore races, including the Lipton Cup and the Cape to Rio race. These days he mainly crews on Be-Witched.

He studied a B.Com. Accounting and Economics degree and then did a Post Graduate Diploma in Accounting at UCT. He completed his accounting articles at Grant Thornton, before taking up the post of Managing Director at a textile company.

Ntokozo Hlatshwayo joined RCYC two years ago. While his interests include soccer, running, basketball, swimming, philosophy, entrepreneurship, politics and economics, his first love has always been the ocean.

He was awarded a Transnet bursary and completed his Maritime studies at the Durban University of Technology. A Navigational Cadetship with Safmarine Container Liners and Unicorn Chemical Tankers followed. Hlatshwayo then joined the Transnet & IMO Structured Training Programme, which saw him complete his Radar Navigator & ARPA and his Maritime Pilotage Training in Rotterdam in the Netherlands.

Over the years he has held the positions of Tug Master, Marine Pilot, Marine Operations Manager, Deputy Harbour Manager Port of Cape Town and acting Harbour Master of the Ports of Cape Town, Port Nolloth and Mossel Bay.

We welcome both Lyons and Hlatshwayo onto our GENCOM and look forward to utilising their wealth of knowledge and experience.

Last Friday night’s lucky winner was Mr Costa Coutsides, who was unfortunately not present to…