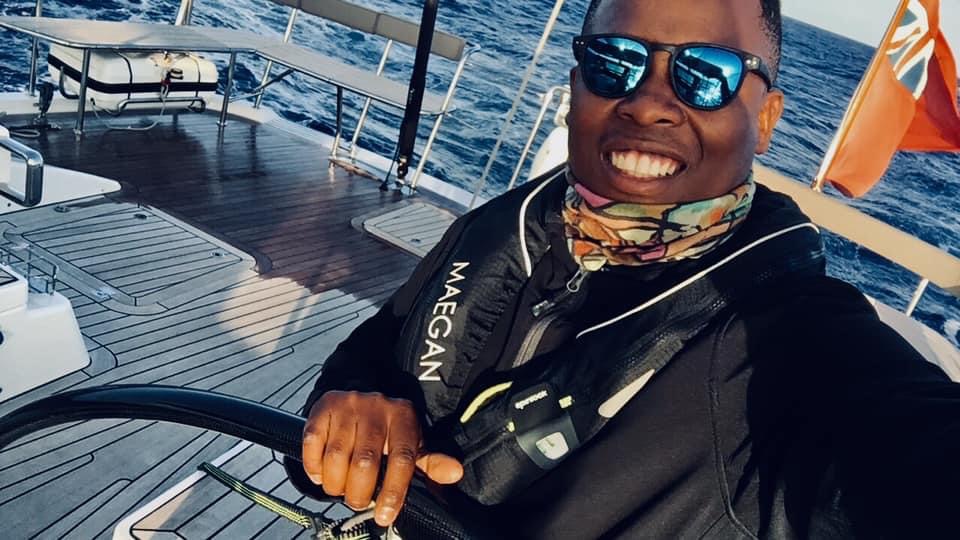 (We are sharing this article courtesy of Sail+Leisure Magazine. With thanks to Ingrid,  her team and Phil Wade.)

An Inspiration to All | Theo Jack

Phil Wade, co-founder of Marine Inspirations shares the heart-warming story on the rise of Asemahle (Theo) Jack. Theo took the opportunities he was offered, forging a wonderful career for himself in the Superyacht industry.   And now he wants to pay it forward.

“Theo is an amazing and lucky young man’” says Phil. He continues, “Back in 2015 Marine Inspirations, the organisation that we founded to help less-advantaged, aspiring navigators, received a message from Colin Richardson, the South African captain of M/Y Mirage. He offered to take one of our kids on a trans-Atlantic delivery from the US Virgin Islands to Palma de Mallorca in Spain, and of course we immediately jumped into gear to find the right candidate. We selected Asemahle Jack (popularly known as Theo), through our connections with the Royal Cape Yacht Club, and immediately started getting all the paper work in place. That proved quite trying with the US Embassy at first refusing him a visa despite all the correct papers. But we persevered and he was finally on his way”.

Theo was born in the Township in East London, but while he was still young his parents moved to Cape Town to seek work. At a very young age he was fascinated by boats and gazed longingly out to sea every time they went to the beach with his friends or family. He joined the Sailing Academy at RCYC, but had to put his education on hold due to a lack of funds, and this was just the time when this offer came through.

Making the most of things

When he arrived in Palma he was offered a seasonal deckhand position on a motor yacht in Ibiza. This was through one of Marine Inspiration’s strong supporters, Richard Masters, another fellow South African who has a successful yacht management business based in Palma. In Cape Town, Theo had worked as a barman and he was soon behind the bar on this well known party charter-boat, and he proved to be a great success with everyone on board. So much so that they invited him back for the following season. 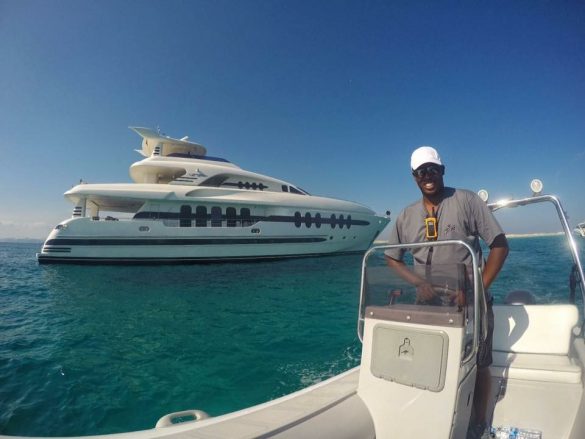 Theo has an infectious smile and a friendly, easy manner which quickly landed him another job on another power boat when his season finished in Ibiza. After that, one thing led to another and finally he got a job on a large sail boat called Vertigo, which was undergoing a big winter refit. Once the refit was finished and he had this experience on his CV he applied for, and got the deckhand position on the 52 meter sailing yacht Anne. This magnificent modern classic boat, built by Vitters Shipyard in Holland and designed by Andre Hoek, was just what Theo had been searching and hoping for – a great yacht with a great captain who was prepared to teach him and extend his capabilities.

A long stint on Anne

Theo joined Anne in Spain and they set off to the Caribbean with 10 crew, the start of a great adventure. There was talk about going through the Panama Canal and around the world but instructions came through to do a U-turn and head for the Indian Ocean, so off they went, upwind back across the Atlantic. After a very brief stop in Recife (on the NE corner of Brazil) they headed for Cape Town.  Theo’s excitement was palpable – coming into his home town to show his family how he was succeeding in his dreams, was very rewarding. This was a world they would have had no conception of!

The upwind and up-current voyage to the Seychelles was long and bumpy so they were glad to get there, only to find that Covid had reared it’s ugly head and they were forced to remain at anchor for the next 52 days. If you need to be in a full lock down there could be worse places to be!

They heard that the Maldives had relaxed their entry restrictions so they headed North East for the 1,200 mile passage, crossing the Equator for the second time. Although the Maldives was “open” most of the resorts and facilities were closed so the decision was taken to sail for Singapore rather. However, the boat was refused entry due to the Pandemic so Anne sailed back to the Maldives, and then back to the Med via the Suez Canal, finally arriving back in Palma de Mallorca where it all began. By now Theo had sailed over 20,000 miles on Anne. 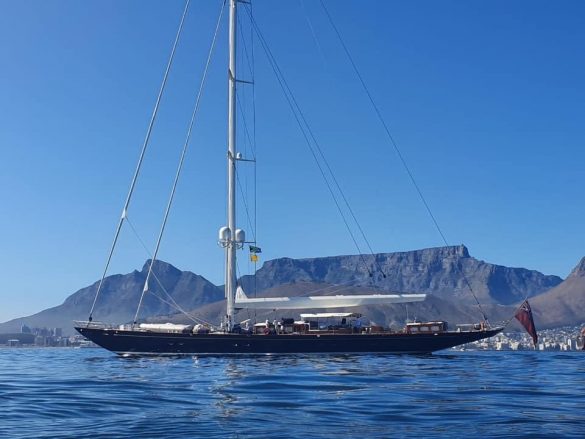 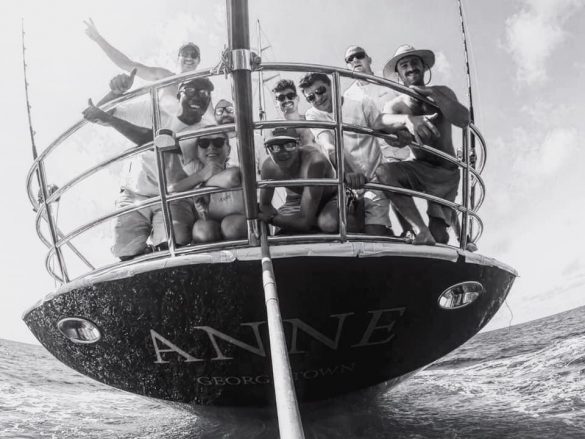 “All of this was made possible for me by Marine Inspirations” says Theo announcing that he would like to “send the elevator back to the ground floor” to help others rise up with a similar opportunity to the one he had received. Together with Phil he has set up a “Go Fund Me” campaign to provide bursaries for township kids who want to follow a career at sea and attend Lawhill Maritime Centre in Simons Town. Lawhill is a highly regarded non-government school offering the students maritime subjects from Grade 10 through to Matric in addition to their normal school subjects. The discipline and the results from Lawhill are impressive and they have won numerous educational awards.

So now it has gone full circle and of course this makes everyone involved very proud and satisfied to see that helping others leads to much greater things. and has a big knock on effect.

Support Theo’s efforts to help other aspiring young mariners realise their dreams. Donate here if you can. Theo would be most appreciative.

On a final note:

On his return to Palma Theo proposed to his long time German girlfriend in front of the Cathedral on New Years Day. And she accepted. Congratulations!

Dont forget our Jazz on the Deck this Sunday, 07 February 2016. Band: Riverboat Jazz…