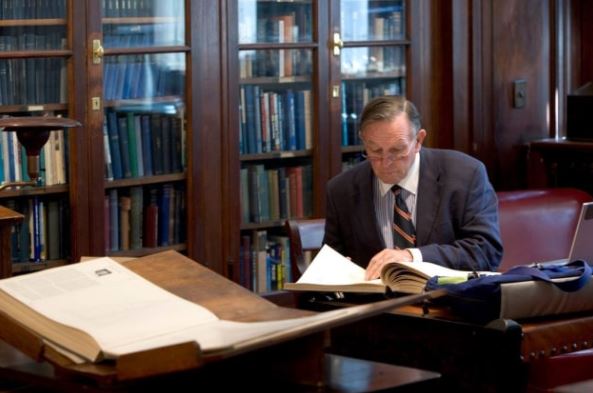 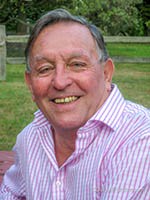 Bob Fisher, the larger-than-life yachtsman, journalist and author crossed the bar peacefully on January 25 surrounded by family. He was 85.

Three days before, Sir Ben Ainslie had called him from Auckland New Zealand where he and his INEOS America’s Cup team had just won the most exciting race in the 170-year history for the ‘Auld Mug’ to dedicate their victory to this fabled Cup historian.

Bob Fisher was born and bred in the coastal town of Brightlingsea, Essex UK and made sailing his life. Engaged by stories from the professional Brightlingsea fishermen who crewed the big yachts of their day, including Sir Thomas Sopwith’s two British J Class America’s Cup challengers Endeavour and Endeavour II in 1934 and ’37, he first made a name as a top crew, winning 7 national and world titles in the National Hornet and Fireball high performance dinghy classes. He also won the International Yacht Racing Union trials to select a 2-man trapeze catamaran trials with his Brightlingsea friend Reg White which led to the Tornado being chosen as the first Olympic multihull class.

White was Britain’s top multihull sailor, and it was on his recommendation that Bob went on to claim international fame, winning the 1967 Little America’s Cup in C-Class catamarans, racing the British defender Lady Helmsman with Peter Schneidau against the Australian challenger Quest III, winning the series in dominant style 4:1. Fisher’s prize was an all- expenses paid trip to Newport Rhode Island to watch the American 12m yacht Intrepid beat the Australian challenger Dame Pattie in the real America’s Cup. It led to a life-long obsession with Bob covering all the matches since, bar the current racing off Auckland.

The author of 30 books on all aspects of the sport, they including 8 covering The Whitbread/Volvo round the world race and 1986 Book of the Sea award winning tome – Greatest Race: Official Story of the Whitbread Round the World Race, 1985-86 – and 7 on the America’s Cup.

In 1992, Bob set about to write the definite history of the America’s Cup, supported by that year’s Cup winner, American philanthropist Bill Koch. The 2-volume An Absorbing Interest took 15 years to research and write and has become the go-to opus to answer any question about the Cup. His latest work An Absorbing Interest Vol III covering the past two decades of Cup Races is due to be published in the Autumn.

Bob’s greatest hope had been to see Britain finally win back the famous ewer first competed for in 1851 in a race around the Isle of Wight. That has not happened in his lifetime, but he did follow the INEOS team come-back from oblivion in preliminary races in Auckland before Christmas to win a place in the finals of the Prada Cup challenge trials 5:0, and was cheered even more by Sir Ben’s last race dedication to our Mr America’s Cup. The final chapter of Bob’s last book may yet record his greatest wish fulfilled.

Donations in Bob Fisher’s memory are welcomed to be sent to the Sir Thomas Lipton Foundation with a very brief reason why is www.sirthomasliptonfoundation.org

The First Among us by Lindani Mchunu Synopsis: A Khoi woman who worked as a…