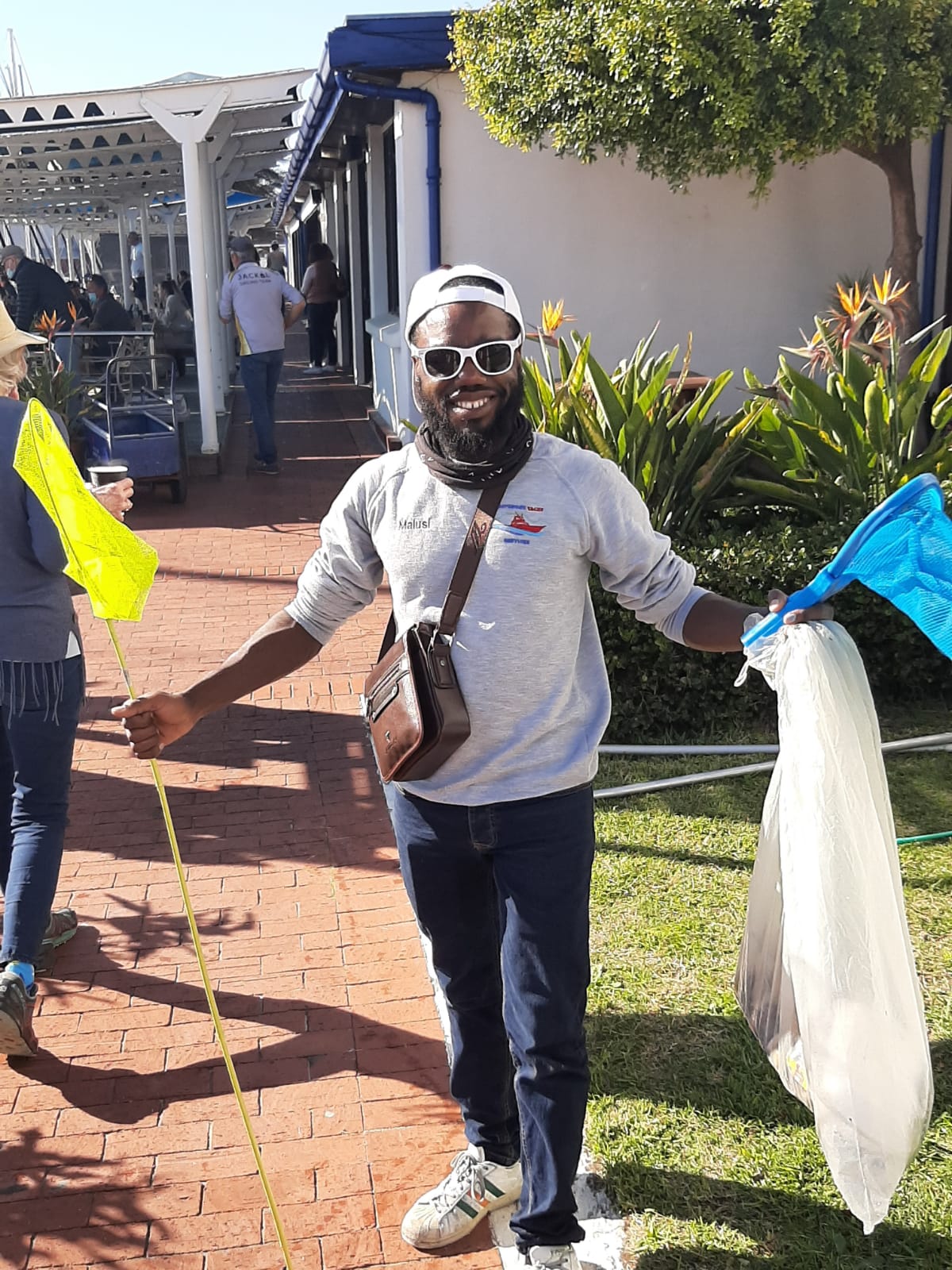 Living up to its determination to make a positive impact on the environment, Royal Cape Yacht Club members arrived at the Club on Mandela day with fishing nets, pool nets, boat hooks and an array of equipment to clean up the marina during their 67 minutes for Mandela day.

Club members are always up for a good challenge and the gauntlet was set to try and bring as many sailors, members, staff, friends down to the Club to see who could collect the most rubbish. Close on 40 bags of rubbish were fished out of the marina and our ocean warriors were rewarded with a cup of homemade soup after the clean-up.

RCYC is continuously in talks with stakeholders and authorities to address issues of marine pollution and find positive ways of contributing solutions. One of the initiatives is a newly created partnership between Two Oceans Aquarium and the iconic 2023 Cape2Rio race, where the transatlantic race will be used to raise awareness about the ocean and the stress it is under from pollution.

As part of its ongoing support to Two Oceans Aquarium’s Education Trust, the Club and members adopted seven hatchling turtles. The RCYC turtle, also known as #36 or Royal Cape, was rescued on 20 April in Struisbaai, weighing 96.3 grams. It had 28 goose barnacles on its shell and promptly excreted eight pieces of plastic three days after arriving at the aquarium.

A recent UCT study reports: “Close to urban centres like Cape Town, almost all bottles (and other plastic litter) come from local sources – mainly washed into the rivers and storm drains.” The RCYC marina is particularly vulnerable in this regard, as a City storm water drain is situated in the South Eastern corner of Duncan Dock. With heavy rains in winter, strong North Westerlies and high incoming tides, RCYC ends up with an enormous amount of rubbish in the marina. The study further mentions that “Offshore litter is reported to be divided into two sources; illegal dumping from ships (both foreign and South African), and long-distance drift, mainly from Southeast Asia.”

We look forward to working with The City of Cape Town and TNPA to collaborate on cleaning at the source. Our RC Sailing team has also recently made contact with Pristine Earth Collective to see how we can collaborate on pollution in our waters.

Thank you, to all those who gave up their Sunday morning to assist in our Marina Clean Up Day.

Twilighters!   Following on from the searing heat and calmness of the day, a really…