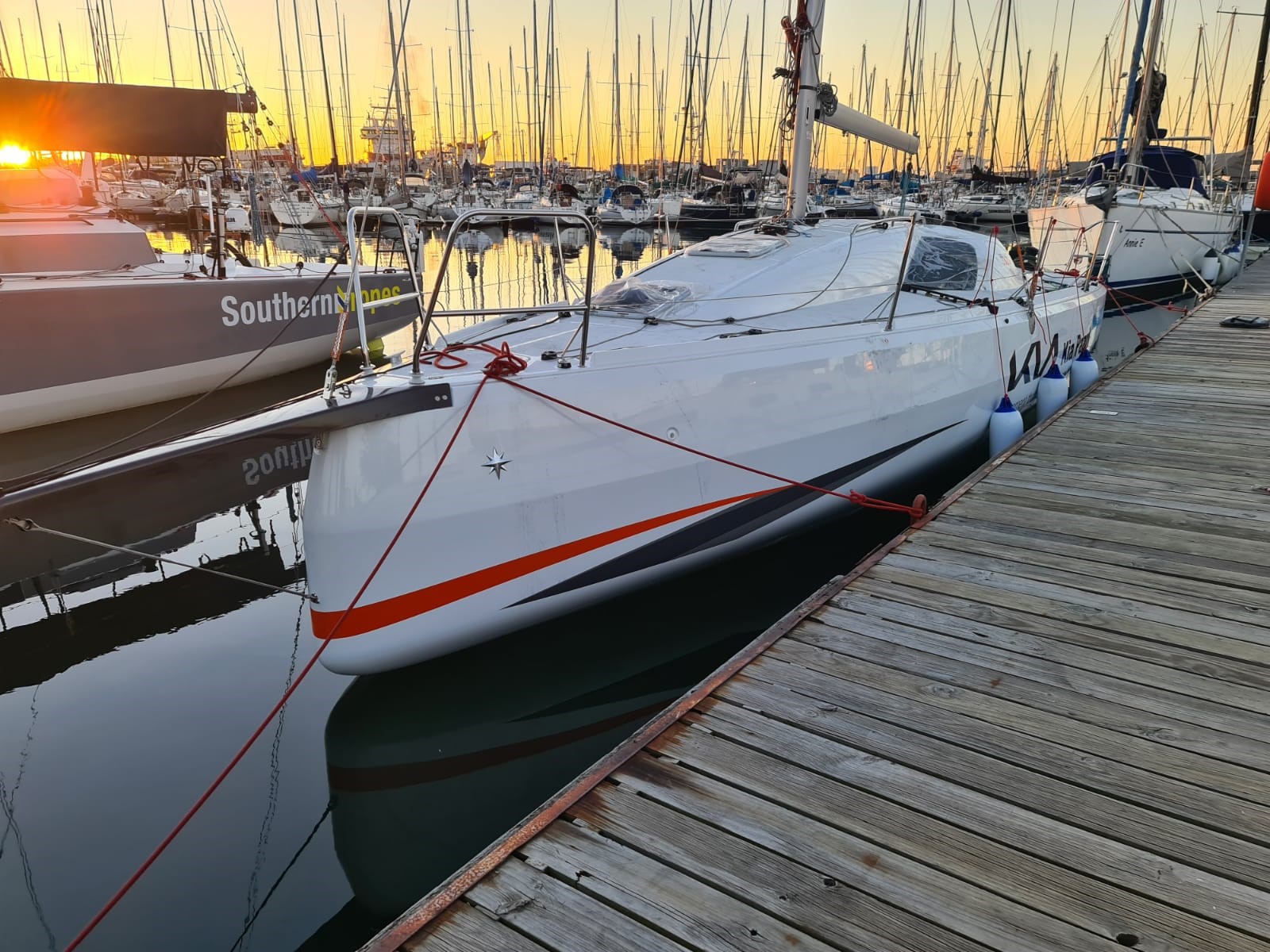 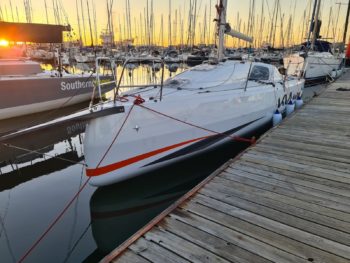 There was great excitement at the Club recently as RCYC member Dale Kushner’s new Jeanneau Sunfast 3300 entered the water for the first time on the 7th of July.  With French naval architects Daniel Andrieu and Vendée Globe/America’s Cup designer Guillame Verdier combining forces to design this latest boat in the Sunfast stable, it comes as no surprise that the Jeanneau Sunfast 3300 was crowned Sailing World’s 2020 Boat of the Year.

The use of an infusion moulding process for the entire construction led to an exceptionally rigid boat with a considerable weight reduction, while the twin rudders and straight keel provide speed and stability in any conditions. The boat is also fitted with a 375’ high aspect, square-top main, which required the addition of a double backstay, not unlike the Cape 31’s. And like the Cape 31’s, the Jeanneau Sunfast 3300 is equally at home in light winds or in a stiff breeze.

Named FOMO, as a follow on from his previous boat, Yolo, she was recently christened at the Royal Cape Yacht Club by Dale’s wife, Dr Bernice Kushner. According to Kushner while FOMO will soon be a regular on the Club’s racing circuit, the boat’s main focus will be to participate in Offshore racing, with a specific interest in Shorthanded sailing. 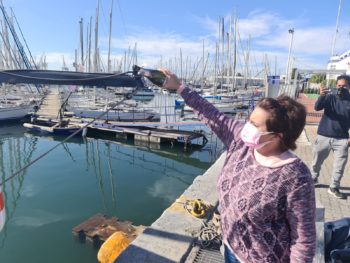 FOMO is also a possible starter for the upcoming Cape to St Helena race. Kushner added that he is “seriously contemplating” entering the Cape2Rio race 2023, most likely sailing FOMO in a shorthanded configuration. Other short distance offshore races such as the Mossel Bay Race in September could also be on the cards.

We welcome FOMO to the ranks of the RCYC racing fleet and look forward to seeing her in action on the water.

Fifty shades of grey, by Liesl King Yes, I went back. I returned to the…

Last Friday night’s lucky winner was Mr Wayne Mackintosh, who was unfortunately not present to…