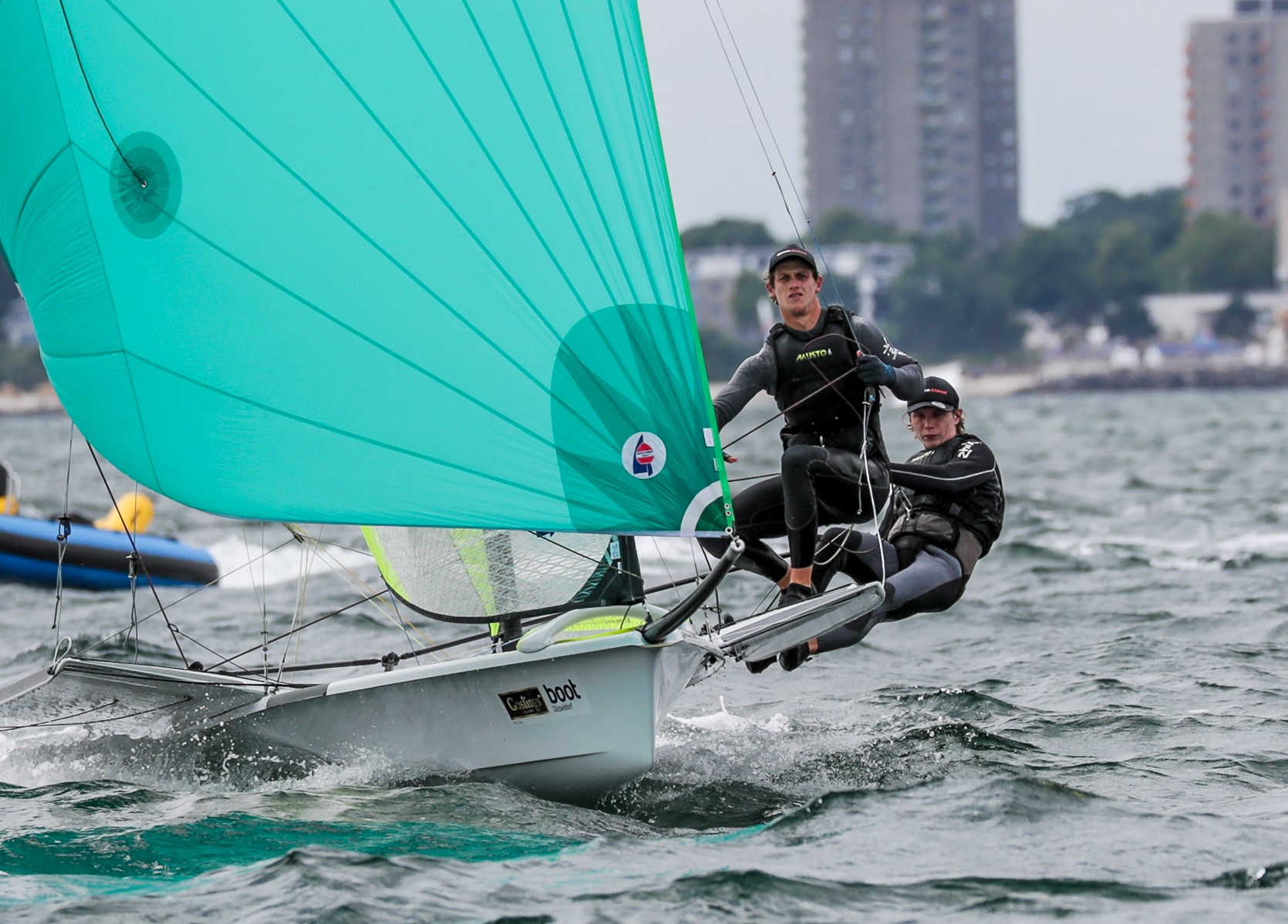 The road to the Olympics – RCYC members Alex Burger and Benji Daniel, by Liesl King.

In 2017 at the 29er World Championship in Long Beach, California, two youngsters stood on a boat holding the South African flag and grinning from ear to ear. Alex Burger and Benji Daniel had just won the World Championships, an astonishing 33 points clear of their nearest rivals. It was an extraordinary achievement and the first South African World Championship victory in the 29er class. In an interview afterwards, Burger explained their reasoning for competing in the 29er class. “The 29er is a crucial boat for competitive dinghy sailing. Not only is it a direct pathway boat to the Olympic 49er, but an essential feeder boat into competitive double-handed sailing.” They had just won their first Worlds, but the duo were already aiming for a far loftier prize. 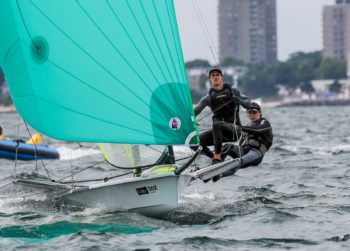 Close on two years after that comment, Burger and Daniel, both Royal Cape Yacht Club members, were firmly on that pathway, sailing a 49er and training hard for the 2020 Olympic Games in Enoshima Yacht Harbour, Tokyo, Japan. It is interesting that such a young team (Burger was only 21 at the time and Daniel 16) already had their eyes firmly focussed on the ultimate prize, the Olympic Games. Burger explains that in professional sailing one has to make a choice early on, as to which direction your ultimate goal lies in.

“In the world of professional sailing it’s actually quite simple in terms of which category you decide to go into. It’s either the Volvo Ocean Race, the Match Racing World Tour or Olympic Sailing.  Those are the three highest levels of professional sailing and the 29er doesn’t fall under any of those three. So the natural progression, if you want to expand past any junior level, is that you have to choose one of those three categories. The 29er was the most similar to the 49er and Olympic sailing appealed to us the most.  It is the most achievable of the three and from there you can branch out into the other two.” 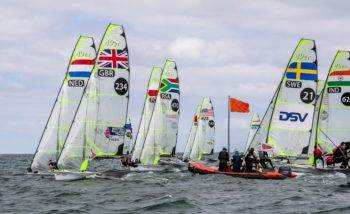 So, was winning the 29er World Championship part of their grand plan? Actually it was rather unexpected Burger admits. Not surprisingly, as competing on the international stage without the benefit of regular exposure to international competition is almost unheard of.  Add to that the fact that the duo entered the World Championships as virtual unknowns, having never competed together internationally in the 29er class and one begins to understand why they were hoping to finish in the top third. “We had never sailed together on the 29er on the International circuit.  We had both done Open Worlds before, but with other partners”, Burger said. “Benji had done two Youth Worlds and I had done three in the 29er. Our initial objective was to qualify for the Gold Fleet which was the top third in this case. That would have been respectable. Top 25 would have been good and top ten we thought would be outstanding.

“Then we came third in the pre-event and we thought wow this is actually quite interesting, we are already doing better than we thought. I don’t think we changed our goals much between the two events, but we certainly subconsciously both had the belief that we had the potential to do this in the upcoming event. It wasn’t ever really said, it was a kind of unspoken excitement of the reality, but we didn’t get ahead of ourselves, which I think was crucial in us winning. The World Championship victory was unexpected, but in hindsight we did everything right. We tried the hardest we can, to be the best prepared that we can.” 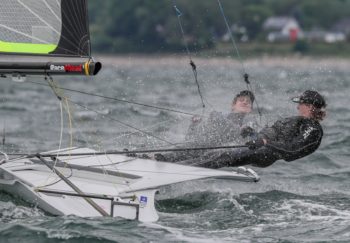 Onwards to the Olympics, where only 19 teams will be allowed to compete in the 49er class. The partnership may be well established, but sailing a 49er was new to both of them and time was not in their favour. With no 49er in the country, a boat had to be acquired and shipped to South Africa, before the two could even begin to get to grips with the challenges of sailing it. “We have taken a very different approach on this one”, Burger explains. “We have a lot less resources and we have a much bigger mountain to climb in terms of the skills that we needed to develop, because the level is that much higher. This is an Olympic class and not a Junior class.”

During 2019 Burger and Daniel trained for several months in Cape Town before heading to Kiel Week (Germany) at the end of June. Burger considered Kiel, being their first international competition, to be their litmus test. Their first race at Kiel saw them placed 10th, but from there onwards the international crews made sure they worked for every race. The pair came away from Kiel with valuable lessons learnt and plenty of homework to do. Kiel also provided them with an invitation to train with the Hong Kong and British teams in Abu Dhabi.  This would prove to be an invaluable addition to their training going forward.  Their next competition would be the World Championships in Auckland, New Zealand in December, followed by the 2020 World Championship in Geelong, Australia in February. 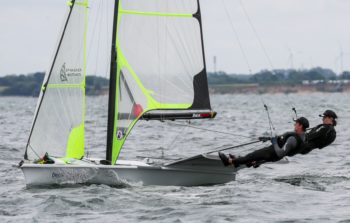 Little did they know Geelong was to be their last international competition and that a month later the world would be in lockdown and the Olympics postponed. With lockdown came the cancellation of the African Qualifier scheduled for April 2020 at the Hempel Sailing World Cup in Genoa. And Burger and Daniel had not yet qualified for the Olympics.  Lockdown ended but the sailing world was not yet ready to open up competitions. In January this year, Burger and Daniel headed back to Abu Dhabi for more training sessions with the Hong Kong team. Now all they needed was a competition. With the Olympics looming the pair finally got back on the water at the Mussanah Open Championship in Oman, an Asian and African Olympic qualifying event. The pair sailed brilliantly finishing fourth overall and qualifying for the Olympics.

It therefore came as no surprise when their names were included in the South African team announced on the 27th of May. Burger and Daniel had done it. “We are overjoyed and honoured to be representing our country. It has been a lifelong dream”, said Daniel.

They had put in hours and hours of hard work and forged ahead with sheer guts and determination in order to be able to compete in what will probably be known as one of the most unusual Olympics ever. Theirs wasn’t a conventional Olympic campaign, but then again neither was their 29er World Championship campaign and look how that turned out!