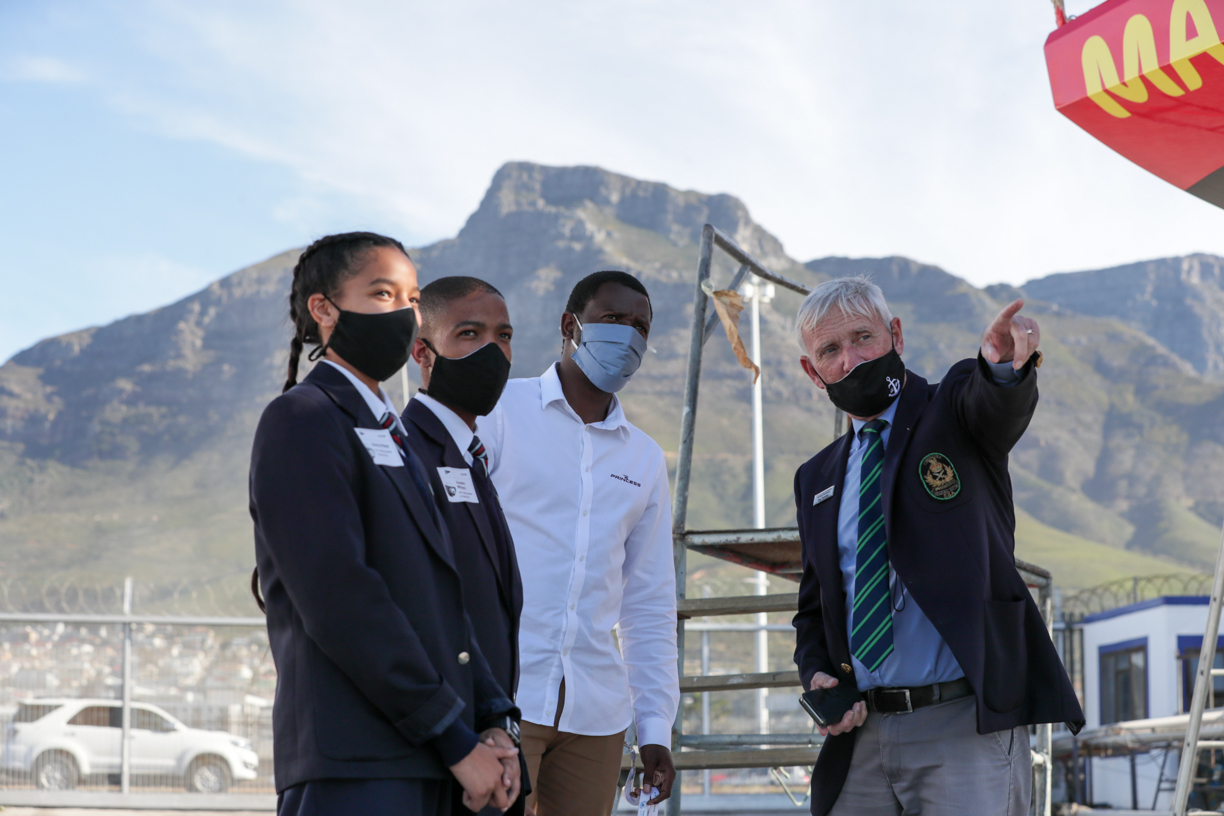 Four years ago the Royal Cape Yacht Club decided to provide bursaries for two students to attend the Simons Town School’s Lawhill Maritime Centre. For the past 25 years Lawhill has been providing Grade 10 to Grade 12 students with a maritime-industry-focused education, thus opening up a world of opportunities for them both here in South Africa and abroad. 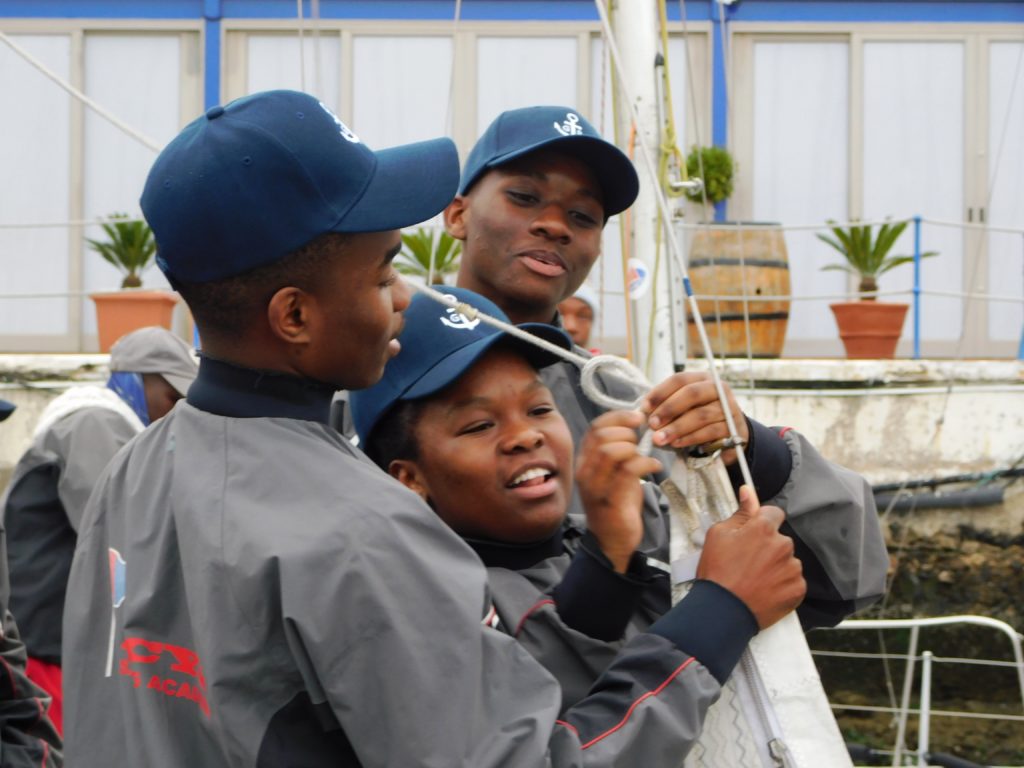 This year we are sponsoring two new students Gracia Pillay and Juvandre Williams.  Sadly Covid and the accompanying lockdown meant that we were only able to welcome Juvandre and Gracia at RCYC recently. Juvandre hails from a small town, Delportshoop, near Kimberley and moved to Cape Town in 2009, when his dad joined the Navy. 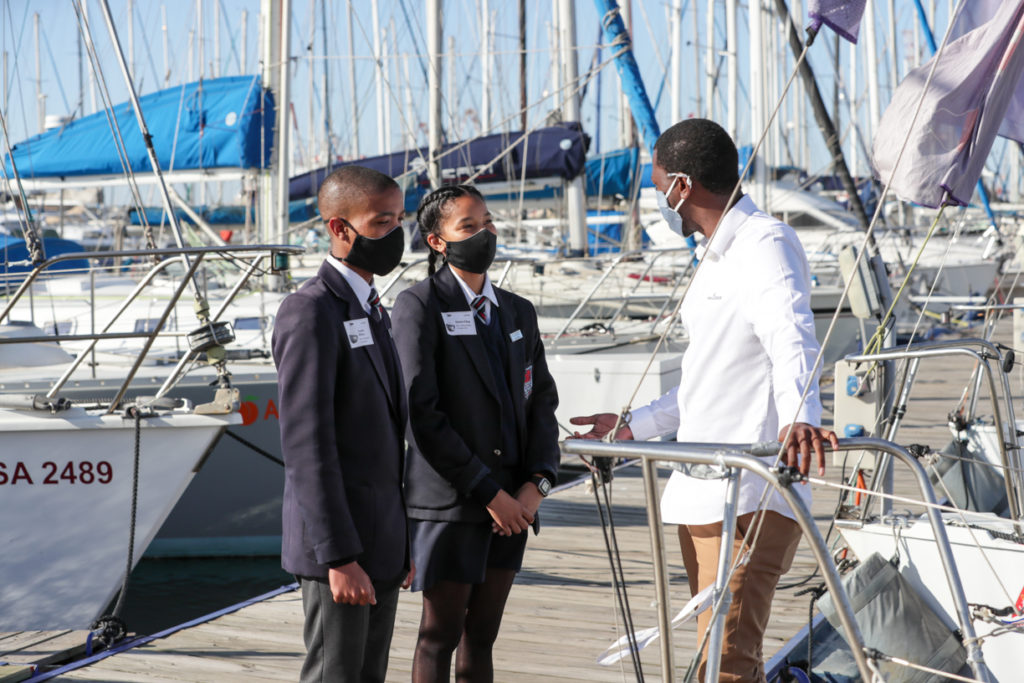 “I live in Da Gama Park in Fish Hoek.  I have been in Simons Town School since Grade R.  I always wondered what was happening at Lawhill. My dad found out about the cadets as there wasn’t much to do in Da Gama Park for us kids.  I joined the cadets and then the Ma’am at the Naval base told me more about Lawhill. I was doing very well at school and once she saw my results, she said that she was going to get me into Lawhill.”

With fierce competition for the available bursaries, Juvandre couldn’t quite believe the news that he was one of the selected students. “I wasn’t sure that I would get in.  When I got the news, it took me some time to believe that I really did get it.  Once it sunk in, I realised I do have the potential and I must put my mind to working hard and using the opportunity given to me.

“Growing up I saw myself as becoming a mechanical engineer, but once I joined Lawhill I decided that marine engineering or port engineering would be the best for me. I saw I could become an marine engineer, go to sea, get the experience and then when I am older, I can come back and work in the harbour. In the end though I want to be land based. I am in Grade 10 now so I have two more years of school left. After matric I want to study at CPUT (the Cape Peninsula University of Technology) in Granger Bay.” 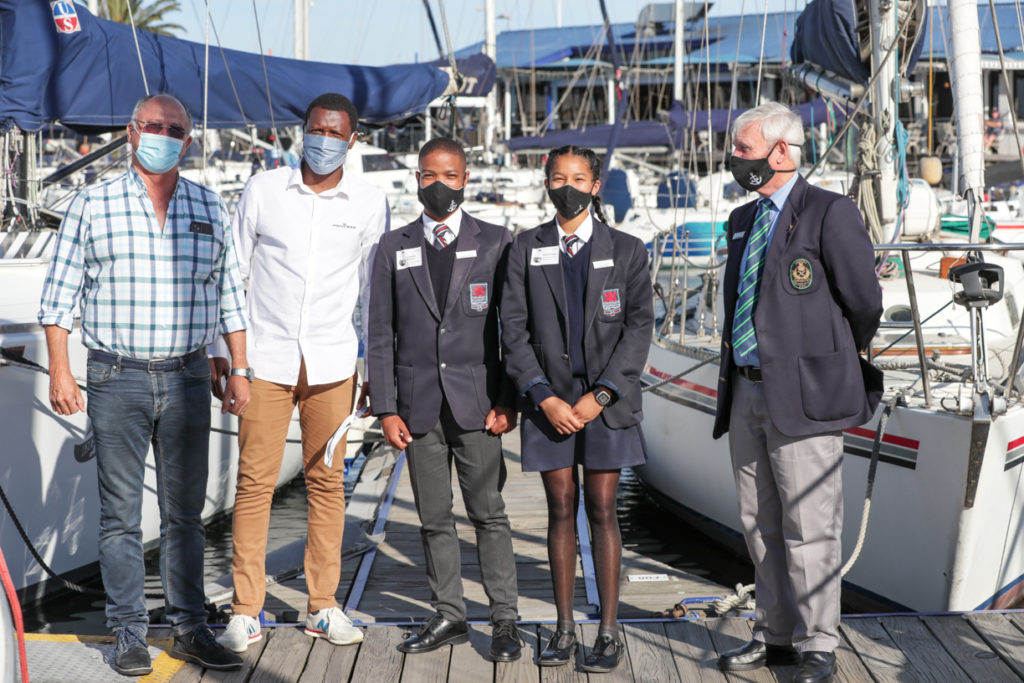 The sea has always been part of Gracia Pillay’s life. Her parents are instructors at the Sea Cadet base TS Woltemade in Sandvlei, while her brother and sister are midshipmen. “I have been around the Navy since I was small.  I joined the cadets when I was eight years old and I have been a cadet ever since. At first my parents forced me to be a cadet, but later I developed a passion and a love for sailing and the sea. My grandparents were also in the Navy, so our family all have a love for the sea.”

In Grade 5 Gracia decided that she wanted to become a Harbour pilot. “I have never wanted to be in Simons Town, but I knew my end goal must be to study at Lawhill. I applied for Lawhill and when I got in, I was very overwhelmed, as everyone was fighting for a spot.” Young Gracia has never wavered from her plan to become a harbour pilot, in fact, she has been busy turning her dream career into a reality. 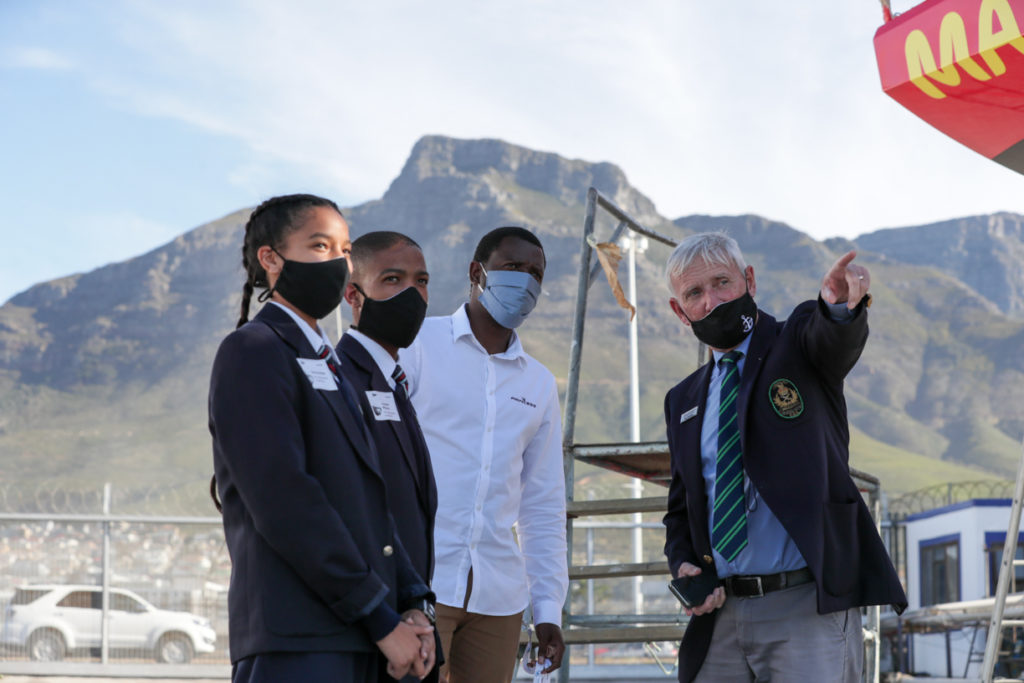 “My plan at the end of the day is to finish matric and then go to CPUT so that I can become a harbour pilot. It is going to take about ten years.  After I finish my studies I want to work at the Transnet Port Control tower for a year. Last year I got the opportunity to work there and I actually brought in a container ship.  The captain who helped me bring the ship in suggested I go overseas to get more experience. So my plan is to go and work in Dubai after my time at Port  Control.”

With her family and roots firmly in the Cape, Gracia assures us that she will definitely be coming home. And with her love of sailing, she may even become one of our RCYC members one day. The students concluded their visit with a tour of RCYC, ably conducted by Academy Manager Lindani Mchunu. We wish them well for the upcoming exams and look forward to hosting them again in the near future. 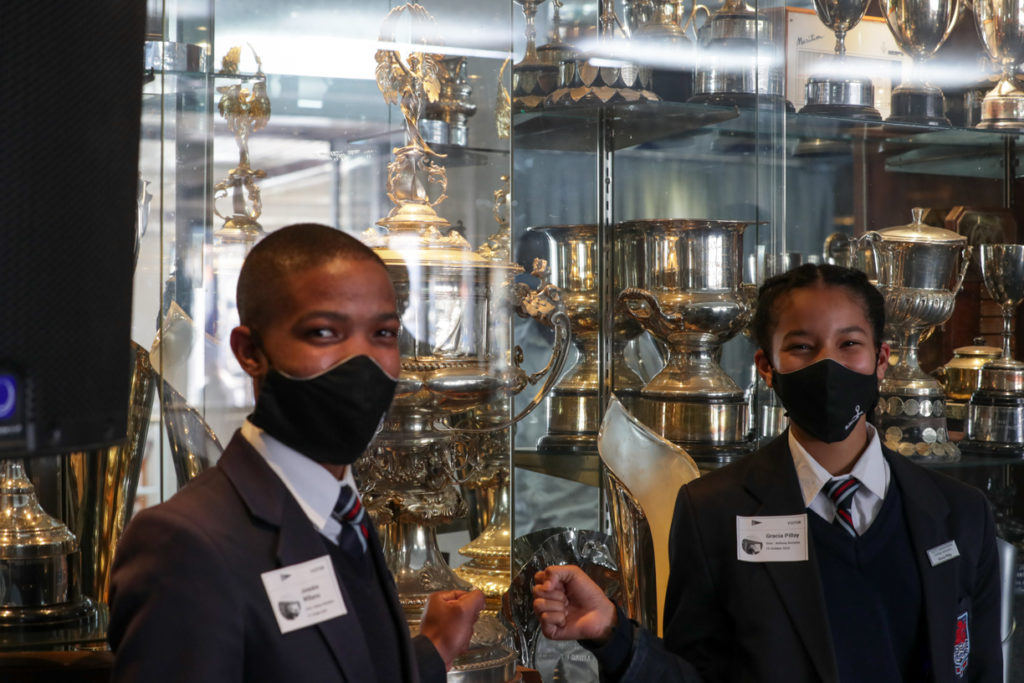