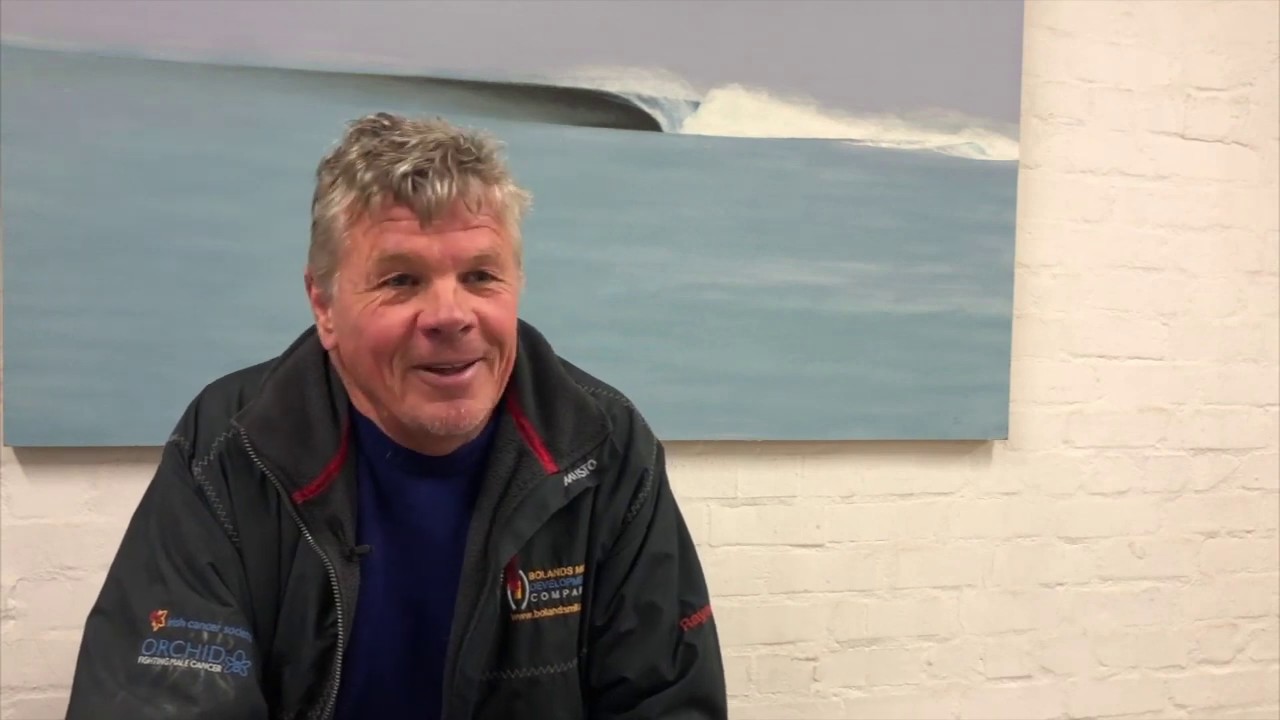 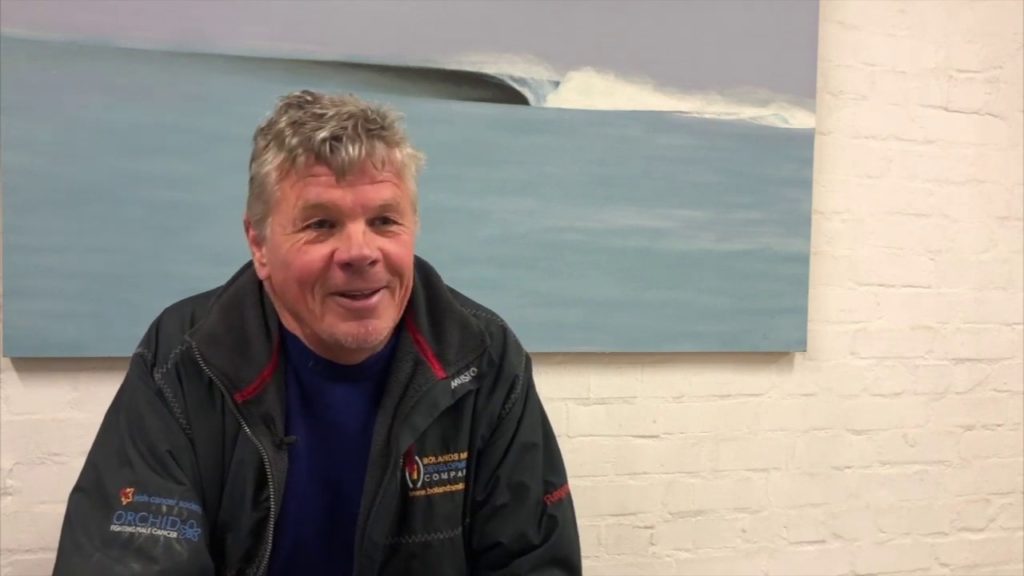 Uwe Jaspersen is not an unfamiliar name to the boat building industry, his straight talking no bullshit attitude sometimes rubbed people up the wrong way, but he sure knew how to get the job done.  His passion for boat building, especially projects which involved cool racing boats were always tackled with infectious enthusiasm.  It is therefore with deep sadness, that on Monday 20th July 2020 we had to announce the untimely passing of a great friend, a world class boat builder, and a key role player in producing some of the coolest boats in South Africa.  The loss of Uwe will leave a big hole in the sailing and boating family.

Born and raised on a farm in Namibia, Uwe spent his weekends at the small coastal town of Swakopmund, which led to his deep rooted love for the ocean.  After a short overseas stint, Uwe moved to Cape Town and started his apprenticeship in boat building with various yards.  His big break came in 1992 when he started up the Southern Wind Shipyard, which now builds some of the finest 80 – 100 footers in the world.  Not willing to work for a boss anymore, but rather do his own thing, Uwe left Southern Wind to pursue his career in boat building and quickly established himself as the go-to guy for any composite or exotic builds that required a unique skill for once-off designs.  In 2001 he founded Jaz Marine, which for 11 years was synonymous with a string of high-performance yacht builds, ranging from the Morrelli/Melvin-designed 62 foot fast cruising catamarans to many internationally acclaimed Class 40’s, one of which became the 2008 world champion boat. 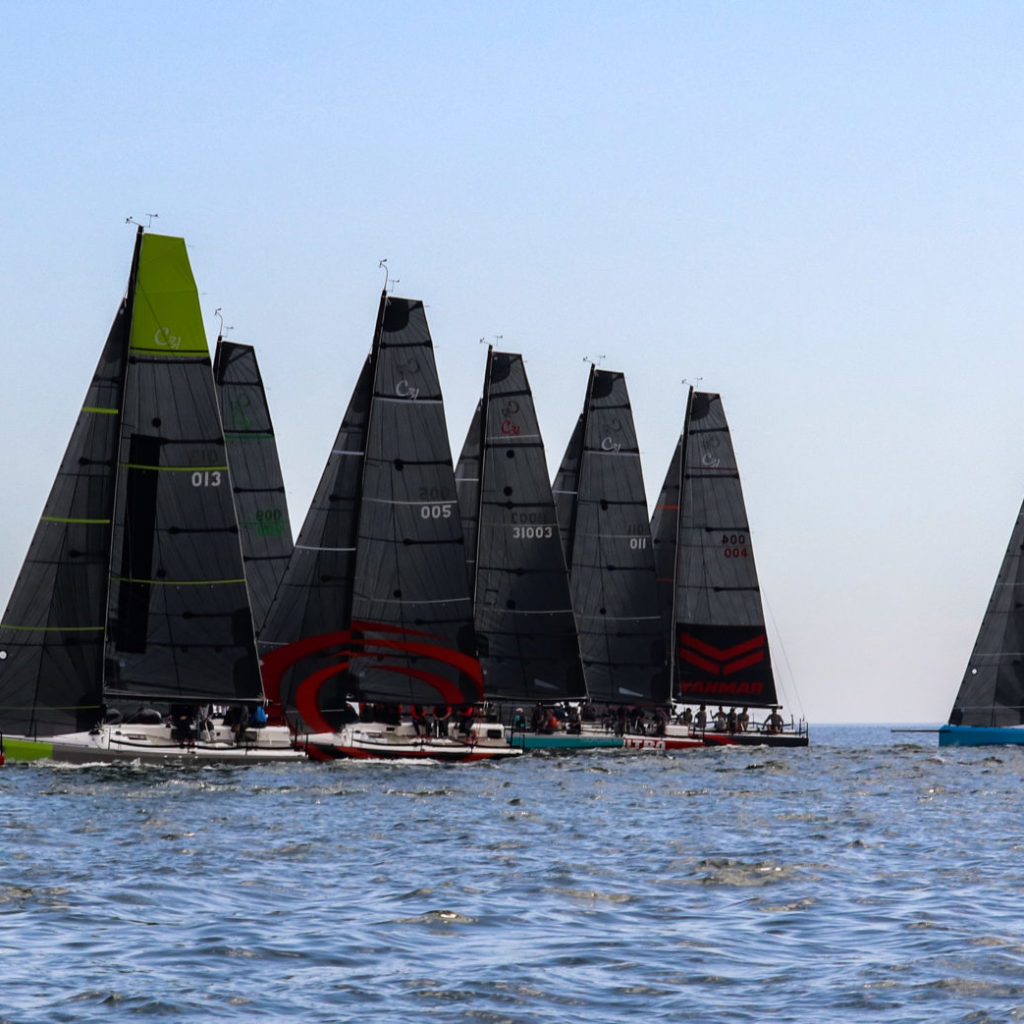 After the financial crisis of 2008, boat building went through a tough period with investments in leisure boating dwindling, along with boat yards.  Fortunately for Uwe, his composite skills attracted some special once-off fabrications, such as masts and general components, which required a specialist build. This led to the founding of Carbo Tech.  One of his pet projects was the fast and furious Jazz 30 “Monkeys in the Mist”, a Jaspersen-designed and built 30ft Volvo 60 lookalike.  This 30 footer proved to be way ahead of her time, and she is still racing in Table Bay today.  Carbo Tech then ventured into the line-manufacturing of power boats and yachts.  Projects included the American Hammer Cat 35, designed for the sports-fishing and general leisure boating sector, and the Mills-designed Cape 31, which has gained worldwide recognition for its build-quality and reasonable pricing.  He leaves a strong legacy in our boat-building industry.

Uwe leaves his beloved daughter Pia, her mother Rachael and his partner Angela. 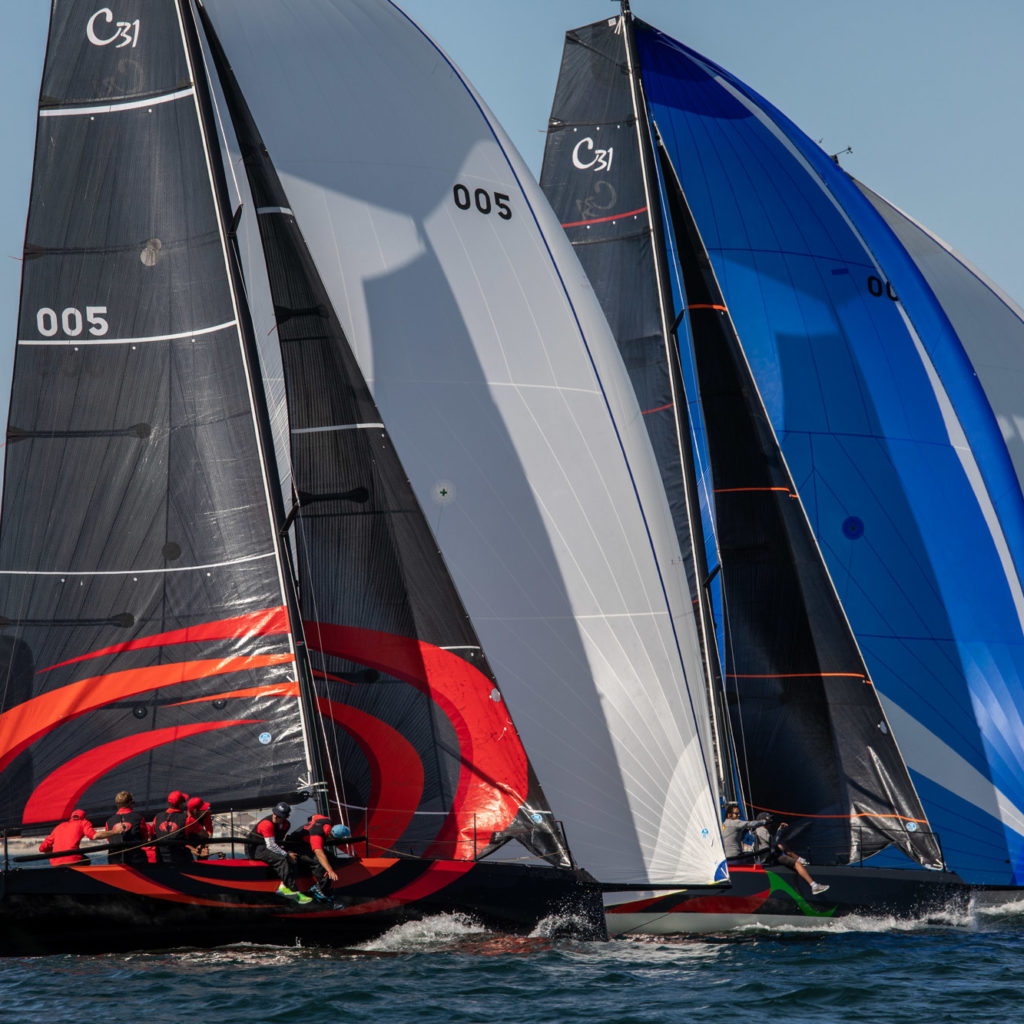 Messages from some of his friends and associates.

Indeed very sad news I received last evening, the yachting world has lost a master boatbuilder and is a poorer place for it. Uwe was a great friend of mine and we knew each other since 1980 and grew together in our industry here in Cape Town. From repairing Whitbread boats and later Volvo boats to building multiple boats here in SA including long stints at Southern Wind Shipyard and Voyage Yachts before breaking out on his own, Uwe was hugely  dedicated to the cause of upping the boatbuilding game here in SA. His foray into the hugely successful Class 40 boats was rewarded with a “world championship boat” in 2008. Back in the day he was the licensed builder of the Mumm 36 class. His skills were not limited to boat building and was a handy designer himself. He could do anything with carbon and was the go to guy here in SA for carbon work in the marine industry.  Most recently he was appointed as the sole licenced builder of the Mark Mills designed Cape 31 and built 16 of these exciting race boats.

He leaves a legacy and hole in the industry with shoes that will be immensely hard to fill. My heartfelt condolences go out to Uwe’s family, to his partner, Angela, and to the multitude of people that knew him. Fair winds my friend

The sad news of Uwe Jaspersen passing reached me this morning and made me think back to our first meetings and job together. It was 1989 when Keith Bellamy commissioned me to design his new racing yacht (internally called 3 jumps), but known as Club Mykonos. I was introduced to this equally young builder (Uwe) who was going to do the build. Uwe did a fantastic job, the boat won it’s first regatta out of the box without any breakages and went on to win many more. Uwe also moved on, leading various boatyards such as Southern Wind to delivering Iconic yachts renowned around the globe. Uwe was an unassuming person, he knew his stuff and didn’t really need to convince anyone of that. He belonged to perhaps the last generation of true boat builders. Those guys who knew in their guts what is right and what is wrong and how it needs to be done. Probably using drawings more to just confirm what they had thought out already. Uwe’s last project such as the Cape 31 and the Hammercat where probably very close to his heart because they were uncompromising designs, something he loved even back then in 1989. You will be missed, not only by your family and friends but also all those you worked with over the years and those who enjoyed and keep enjoying the boats you build.

RIP dear Uwe Jaspersen – we sailed your many boats with pride – special memories of Club Mykonos, Monkeys Is the Mist, the Cape31’s – sail on and enjoy that one boat we never built – Starfighter.

Indian Sailing Vessel (INSV) Tarini is due to arrive in Cape Town. This is…

A BOAT WITH NO NAME | THE ROOKIE DIARIES

A boat with no name, by Liesl King I never thought I would fall in…

The Department of Sport’s timing could not be better. Just as a big cold front…