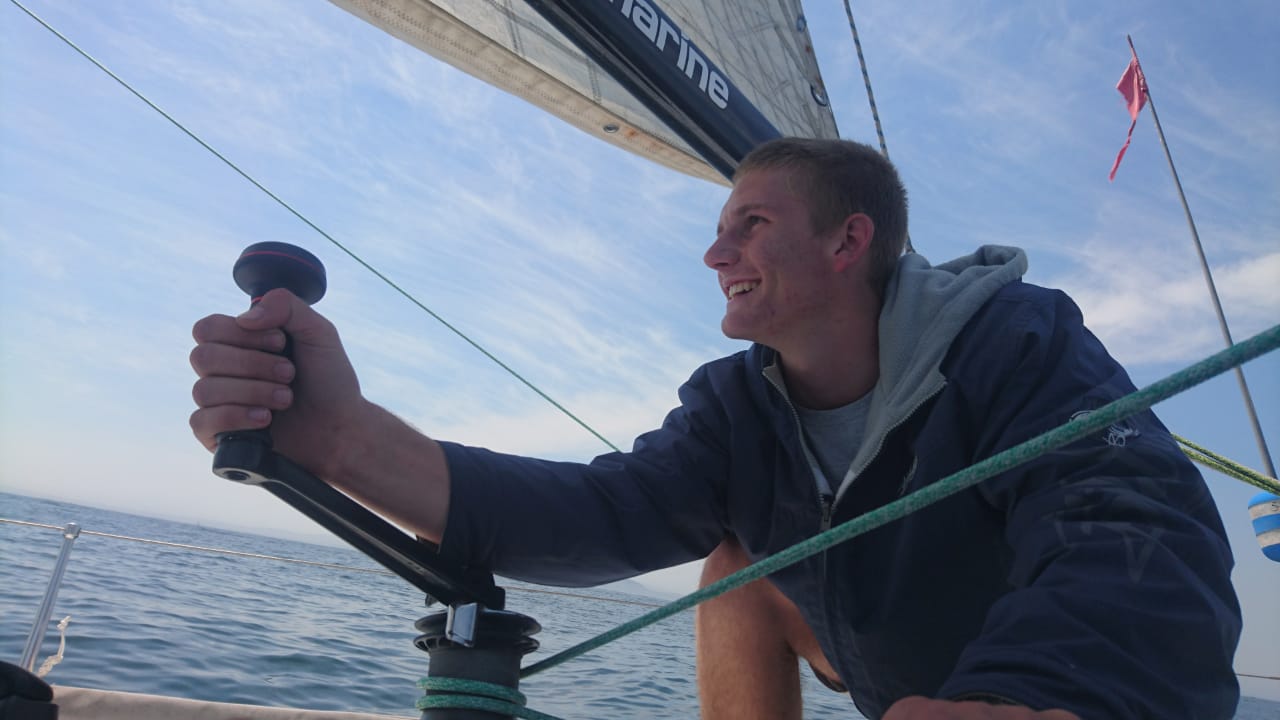 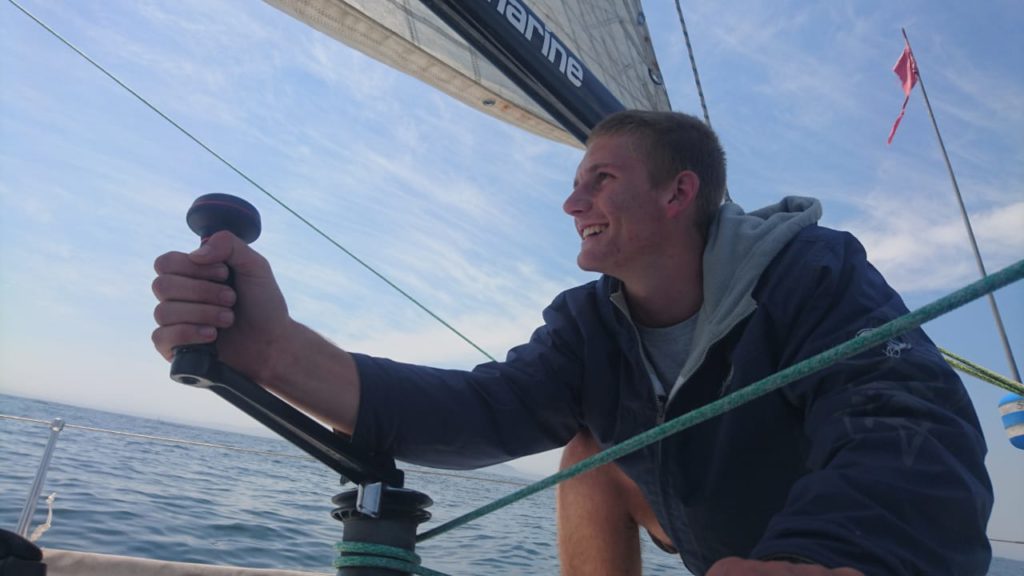 My name is Matthew Cloete and I am 18 years old. I live in Melkbosstrand and I have been part of the Academy since early 2018. My love for the ocean began at an early age, as my dad is an avid surfer and for as long as I can remember anything our family did for recreation revolved around the sea. I can still see my dad standing in front of our bakkie loaded with: surfboards, wetsuits, fishing rods, a longboard on the roof and a kayak and little laser on the trailer, looking out over the sea trying to decide what today’s adventure was going to consist of. This led me to develop the same love for the sea as my dad, whether it be surfing, spearfishing, kitesurfing, sailing or simply watching the sunset. As long as I can smell the salt in the air I’m a happy man. As a child my dad tried to get me into sailing on little 09’rs but at the time all I could think about was surfing and unfortunately I never took much interest.

In 2017, just before we moved to Cape Town, I started to do some research on jobs at sea. Being a deckhand on a yacht popped up, so I did further research and the idea of sailing and skippering yachts appealed to me. As it fortuitously turned out for me, my dad took us to the boat show at the V&A waterfront, where I met Geraldo. He told me about the Academy. I decided to enrol the following year, as I was in the middle of exams and was still surfing competitively at that time. So, 2018 comes and as planned, I go to the yacht club. When I arrived, everybody had just started rigging the boats and after the instructors went through some basic safety with me, we went for a sail. I don’t think I will ever forget that outing, the South Easter was blowing around 15 Knots and we only sailed for about 45 minutes, however the thrill I got from harnessing natures power, which I had been doing my whole life, but now not just for myself but as a team, was something I had never experienced before, and I was hooked.

Besides teaching me how to sail, being part of the academy has given me the opportunity to interact with different people from all different backgrounds and cultures. As everyone spoke a different mother tongue and their English wasn’t always the best, I struggled to get to know some of my fellow students.  Luckily my dad grew up in the Transkei and most of my family on my Dad’s side are fluent in Xhosa, so I had a basic understanding of the culture and language. Despite this I was still the only “umlungu”, not that I ever felt excluded, in fact everyone welcomed me as a one of their own and did not care about the cultural differences between us. I am forever grateful that we are able to see each other for the people that we are at the Academy. This opportunity to interact with people, whom I would otherwise probably never met, has confirmed the fact that we can ALL have a valuable impact on society regardless of race, gender or religion.

I feel like we have succeeded in creating our own miniature rainbow nation free from judgement and prejudice. My hope is that as we all continue on this crazy journey, that is life, that we will be able to share the perspective we have learnt from the Academy with others. That one day the whole country will treat each other with the same love and respect experienced at the Academy.