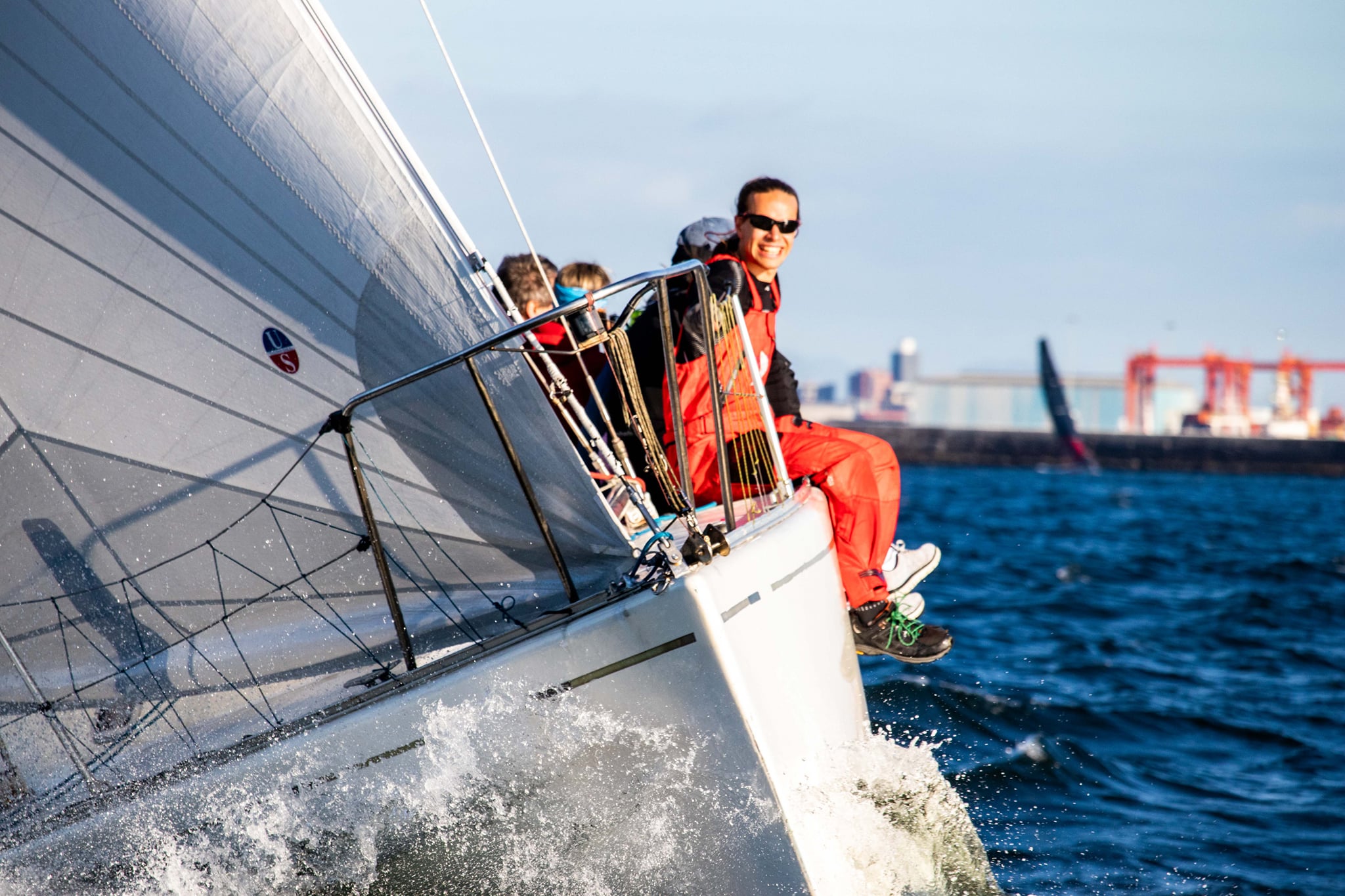 The Real Race | Virtual Committee – perspective from the race committee and improvements for next time. 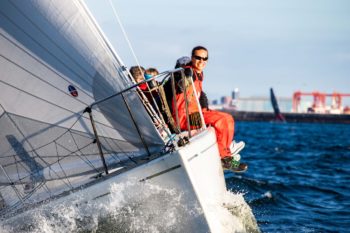 We have had a few boats racing on Wednesday afternoons. After the last Wednesday afternoon race a couple of people wanted to put on a race on the 16 June, the public holiday. On the Thursday before, Andrew Collins (Rear Commodore Sailing) told us that the sailing office was not available on the public holiday, and asked: “Is there a way that we can put on a race without a race committee?”

“Yes”, we said. Then we had to do it. It had to be a proper race under the Racing Rules of Sailing, not some pick up race without results. We gave it some thought, wrote up a Notice of Race and Sailing Instructions and got some valuable input from Alan Keen, Dave Hudson and Luke Scott.

The idea was to keep as much as possible the same as our normal racing, just change what was absolutely necessary in order to do away with the live race committee.

What does a Race Committee do?

The solution was to do away with 2, and to require each boat to record its track on a GPS device (whether a chart plotter, handheld GPS, exercise watch or smart phone) and email the recorded GPS track to the race committee. From these tracks we have the necessary information to do the equivalent of 3 (check whether boats started correctly) and 4 (when they finished). The GPX tracks are imported into a mapping program, on which the starting line is also shown. The position of the boats at the starting time, the course they followed and the time that they crossed the finishing line can then be ascertained from the data and visual display on the mapping program.

Well, setting the start line without a race committee on the water is not so simple. One has to cater for the full range of skills and expectations of the diverse RCYC racing (and non-racing) fleet. The other problem is to set a starting line that is almost square to the wind. The next question is whether to make the starting line between two virtual positions (latitude and longitude), or between a physical mark and a virtual position, or between two physical marks. It was interesting how widely the feedback from the boats after the race differed. Some people strongly suggested two virtual marks (the fancy chart plotter type), other people strongly suggested two physical marks (the low tech fleet). The option we chose was with one physical mark and a virtual mark 250m away. The idea of this middle option was that someone with no instruments (as long as they could record their track on a smartphone) could sail the race.  The low tech sailor should just start near the physical mark and tack soon thereafter (less than 250m) and will be sure of crossing the starting line correctly.

In spite of the very strong views expressed the right way forward is probably to keep the starting line the same with one physical mark and one virtual mark the way we had it. The feedback from the three boats that tried to cross the starting line more than 250 m away all told us that they eyeballed the 250m distance and misjudged it. None of the three boats measured the distance.

There is more than one way of measuring the distance:

a. The old school method of plotting the mark with bearings, get a back transit off the physical mark for direction, and a cross compass bearing for distance.

b. Mark the location of the physical mark on a smartphone app, which will give you your distance from that point, and make sure that you do not go more than 250m (or slightly less to allow for errors in the accuracy of a smartphone GPS receiver.

d. Use a chart plotter, ping (explanation below) the physical mark, go 250m in the direction of the virtual mark, mark this position on the chart plotter and you have both ends of the starting line on your display.

Anyway, being all new to this and some boats being a bit late for the start, some of the fleet got it a bit wrong. If we do this again, we will try to have an information / coaching session to educate people a bit more on the solutions.

What we can do better next time is to delay giving the angle of the starting line until just before the start.  That was the original plan, but the concern was that we did not want to take a computer on the boat to send WhatsApp messages and possibly run out of time before the start.

So, that is setting the start line.

We just did away with the signals and set the starting time early. The only downside is that we could not signal people being OCS, but so be it. In the end one boat was OCS but returned to the pre-start side of the starting line. This is something we just had to live with, and boats should be more careful to make sure that they are not starting too early.

Once the start line is correctly plotted and each individual boat’s track displayed, it is a simple process to see where the boat was at the starting time, and the course it sailed thereafter. From the RC side this was fairly simple. Unfortunately, it was not quite as simple for the boats, probably because of the novelty of the procedure.

Again it was quite a simple (but time consuming) process of checking at what time each boat crossed the finishing line.

This was done the normal way. Seeing that the sailing office was not available the race committee passed the finishing times on to Luke Scott, who kindly did the results quickly, and we posted provisional results quickly.  Getting the results out took longer than we anticipated for the following reasons: (1) Boats did not send the tracks by email to the correct address. (2) It took a lot longer to convert the received tracks to a format that could be viewed, purging the unnecessary data, and (3) It took longer than anticipated to check the information on the mapping program. We still got the provisional results out fairly soon, except for the one boat where we had to extrapolate data because a large part of its track was missing at the critical time.

What can the RC do better or differently next time?

What can boats do better next time?

What we (boats and RC) did well:

We went sailboat racing, and we had fun, without being stumped by the lack of a race committee and office staff.

Well, now we know we can put on a race even if there is no physical race committee available.  It is not ideal. For one thing, it requires someone who is also a competitor to make decisions which could affect the race results (course, start line and in particular whether and when to shorten course). If the choice is between having a race and not having the race (because of lack of an impartial race committee) the answer is simple: We like sailboat racing.

Until next time: VRC will do it again if you want to.

Support and Win with the NSRI