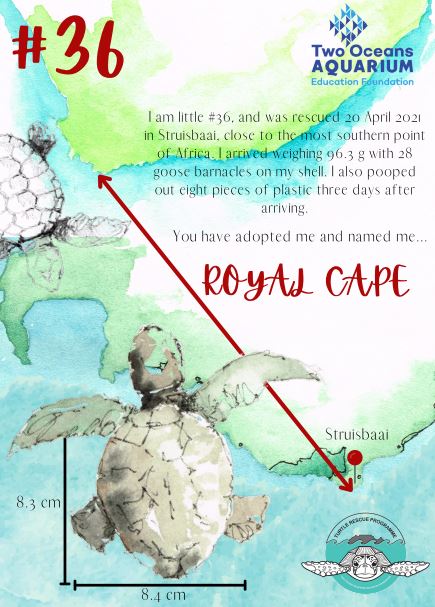 After the plea in our last newsletter to support the Two Oceans Aquarium turtle adoption programme, we are proud to let our members know that all  seven turtles that were available for adoption have now found new ‘families’ with RCYC members. The recent adoption gave the ‘parents’ the opportunity for full naming rights (full sponsorship)  of a hatchling, or either a first name or a surname for a partial sponsorship. 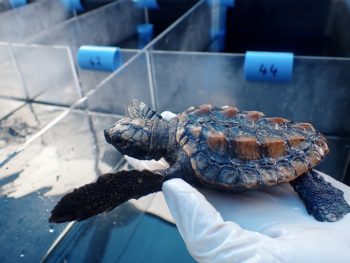 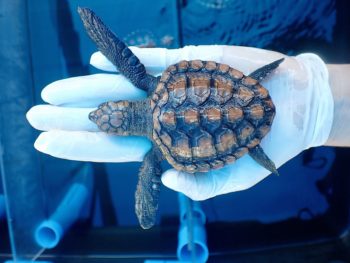 Click on the turtle names to see each hatchlings personalised certificate:

The RCYC turtle, also known as  #36 or Royal Cape, was rescued on 20 April in Struisbaai weighing  96.3 grams. It had 28 goose barnacles on its shell and promptly pooped out eight pieces of plastic three days after arriving at the aquarium.

#14 was named Big Wow and is a tiny little hatchling weighing only 57 grams. Howard Minne is the proud papa.

#15 was rescued in Struisbaai tangled in seaweed,  weighing 97 grams and was named Sofar.

Ariana our hatchling #20 was found in Witsand weighing only 31 grams, with a small injury on its neck.

Little Neil, adopted by Neil Gregory,  is #30 and weighed 73.7grams when found in Struisbraai.  It was very thin with sand in its eyes and a little goose barnacle on its nose. 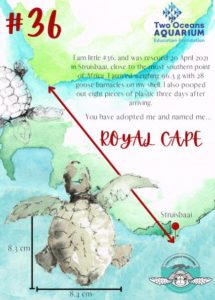 #45 Lynette Finlay’s hatchling is named Sammy’s Turtle after her daughter, and weighs 76.4grams. 83 barnacles were attached to this little fellows back.

John Roos adopted #51 who was rescued on April 24 in Struisbaai. Little Stardust arrived weighing 125.7 grams with 25 barnacles over its body.

The most famous turtle is Yoshi who swam more than 40,000 km over 3 years after being released. He travelled from Cape Town to Angola, back to Cape Town and then to Australia. We hope that our hatchlings will become superstars in their own right, and will keep you posted on any new developments

RCYC has partnered with the Two Oceans Aquarium for the 2023 Cape2Rio race with the goal of creating awareness about ocean pollution.

Tonight on Channel 410  CNBC at 9.00pm "Late night with Bruce Whitfield" In conversation with…