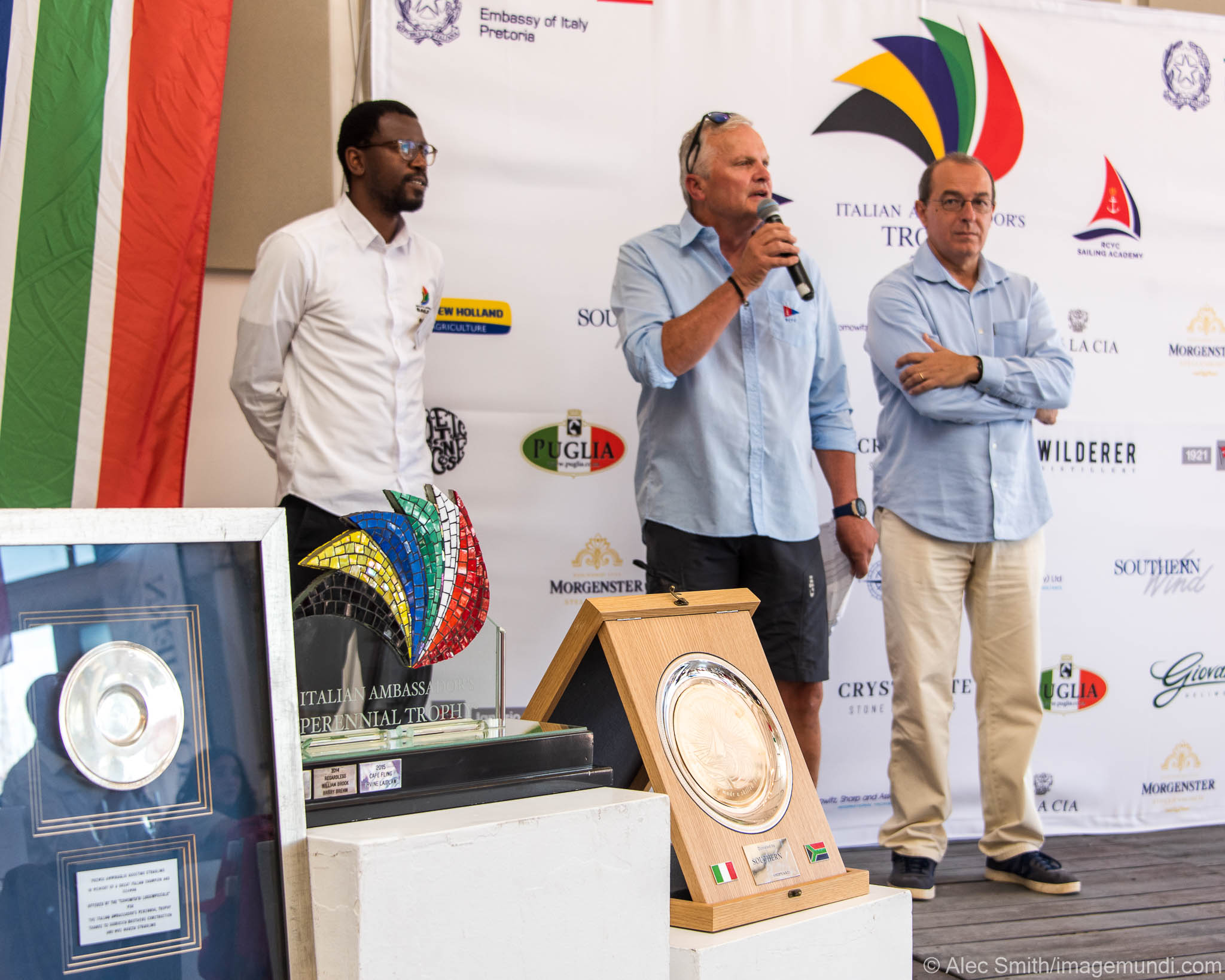 The ambassador in the taxi, by Lindani Mchunu

This past weekend was one for the books. The dinner at the ambassador’s residence was special. It was a small group of people in a leafy suburb, talking about common interests, with plenty of food and plenty of wine. Perfect. The Italians make great pasta and they make great gelato too. I think I must have had ice cream the whole night. Everyone really had a great time there. I had a very good conversation with Diana Hutton Squire and Phil Geutsche. They were saying, even though South Africa has its woes, they are not going anywhere.

Diana told us she had been in London for two weeks and she must confess, it was good to be back in Cape Town. Phil said, “Di, I’m not going anywhere, and I’m looking for more people like you, who want to stay and fix things.” Diana was adamant, we should just get on with it and fix where we can. That conversation gave me hope. There are still a lot of people like me, I guess, people who have eternal optimism, about this country that refuses to reach its full potential.

The Transport Education Training Authority (TETA), the one that gave us funding just 2 years ago of R2.2 million. Well, they have done it again. We have done it again. The Royal Cape Yacht Club Sailing Academy has been funded once more for another period of two years, to train 30 learners up to skipper’s level, for an amount of R3.2 million. The news comes after a very difficult period for us, where we lost students and went back to a model of the Academy the Club likes to call “Academy 101”. The bare minimum. For a while during the course of this year I felt like we were moving backwards. I thought about all the energy I have put into this academy, making sure that government and private sector know about us and the great work we are doing. In 2020 when we had to let go of Academy kids, I thought to myself how we will ever claw our way out of this one. Even my own committee was beginning to lose hope in the reality of getting external funding this year. 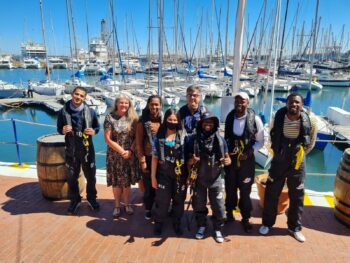 When I opened the email that our funding application had been approved, I was with our senior instructor Sibu Sizathu. We hugged each other like long lost relatives. It was a special moment for both of us. He expressed to me how worried he had been, how worried the instructors and students had been. Will the Academy carry on, will we go back to bringing new faces to the club? Will we keep spreading the word? Sibu thanked me for all the effort I put in to secure this funding. I thanked him for not jumping ship when things were tough. In 2020 I applied to the National Lottery Foundation, for them to build us a state of the art Academy Centre. They declined my application 3 times. The wind was blown out of my sails. The TETA application for funding was submitted in January of 2021, I only got the response in November. I was running on reserve fuel for most of the year. Only two weeks ago, I buried my best friend. My childhood friend. Then life brought me this news. It was a bitter sweet moment, but it was a welcome relief. Nothing has changed. The Rio Campaign funding trail rages on. The Academy Centre is still a serious objective of mine.

To more current matters, the Italian Ambassadors race raised a total of 81k for the Academy. It was an incredible feat by the Italian community and the members of the Club who took part in the race. I cannot thank the sailing department enough for an incredible regatta. Thank you Hilary and Kerry, it was top drawer stuff. Thank you for thinking of us as a worthy cause to support for this race and let’s hope the stakes keep going up.

Something very special happened on Sunday the 21st of November. I was on the VIP boat with our Commodore Neil Gregory and the Ambassador and his family. David Abro was our skipper with Rob Sharpe and Farmer as extra hands. The cruise was great, it was howling but it was exciting for all involved. When we finally had to head back to shore, our skipper opted to go and dock at the Cape Grace marina. It was protected from the wind.

When we got there, we had to wait for transport to come and pick us up and take us back to the Club. Well the transport came and it just so happened to be the same taxi and driver that picks up and takes the Academy kids home to the townships. Everyone got into the taxi, the Commodore, the Ambassador and his family and Farmer as our door man. I even took a picture. There, all of us in one taxi going to the club. The Italian Ambassador in a taxi that takes kids to and from the township a place he will probably never visit, a car he would never ride in. Yet there we all were, Farmer with the window open, yelling, Bellville! Bellville! I couldn’t help but think to myself, now isn’t this the perfect picture of South Africa. A country of contrasts, a country of a great divide, a country of possibilities. A country so bizarre, you have to be there to believe it. 2022 will find us still sailing to our destination. 2022 will find us still pursuing our dreams. 2022 we will be preparing for Rio. I don’t know any other way. Forward has always been the only option for me.

See you on the water.

Legendary diver and wreck historian, Charlie Shapiro, will be discussing his life-long passion of diving…