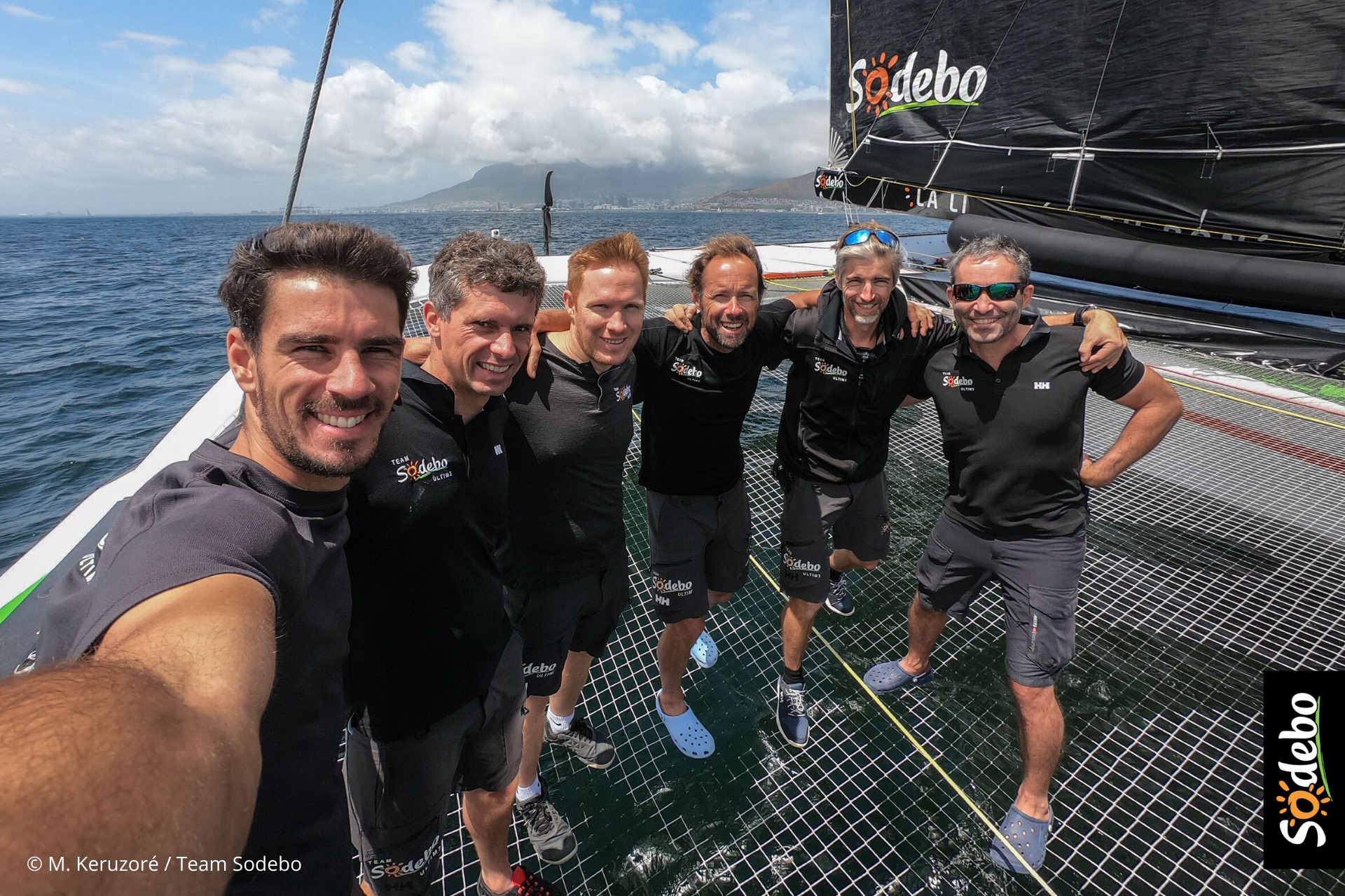 After my near collision with the dear mama Southern Right whale, surely I was not being too optimistic to assume that the rest of the delivery from Saldanha Bay would be uneventful? Ah but then again this was the Cape 31 that had given trouble from the minute she was asked to leave RCYC and now to add insult to injury, she was sporting a “manually” operated gear cable sticking out of the hatch cover! And that gear cable would have to be properly operated when it came to mooring her.  Still, my last mooring lesson had gone exceptionally well, as I niftily manoeuvred her forwards, backwards, held on hard when she kicked and “parked” her neatly in her berth.

This time though I would not be at the helm as we come in, nope I had been assigned the duty of gear cable operator. Yep someone would have to engage, forward, reverse, neutral and then just as we are almost in our berth, a tiny forward thrust to bring her to a neat stop and that someone was going to be me. It is such a simple procedure when you have an operational gear lever/throttle, that the helm does everything, one hand on the tiller extension and one on the throttle. Easy, except with the usual lever, forward is forward, back is back and in the middle is neutral. 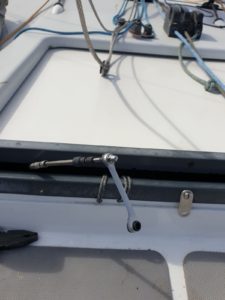 Now I had a gear cable, which started in reverse, a slight pull upwards was neutral and all the way up was forward. Jakes had tried to make it easier for me by attaching a spanner, but the mere thought of pulling to hard or too soft and engaging the wrong gear at the wrong moment was already sending shivers down my spine. In the enclosed waterways of the marina, forwards when one needs backwards would not be good. Even worse would be if I accidentally engaged reverse when I needed that small forward burst to stop her as she gets into her berth. Yeah, accidentally engaging reverse at that point would send my very expensive sometimes lesson, sometimes racing boat slamming into the jetty.

In between trying to suggest that perhaps I should be at the helm when we attempt to moor, I was also trying to persuade myself to just keep breathing. And we had only just passed Dassen Island! Fortunately a lovely distraction arrived just in time. For on our port side, in the far distance appeared a sail that I knew very well. Something that tall and that skinny could only belong to one kind of boat, an Ultim Trimaran. With the three racing Trimarans having already reached the finish line at Brest, it meant that the tall black sail with some colourful writing on it, could only be Sodebo, the damaged Ultim, limping home. She was quite some distance off to port and appeared to be following the coastline. A quick debate followed. You see, not so long ago, both Jakes and I had chased those giant trimarans in the murky gloom of dawn. We had also both missed meeting the damaged Sodebo. And here she was, within our reach. All we had to do was deviate and try to intercept her. We seriously did consider going to meet her, but in the end, the thought of extending an eight to nine hour delivery into an even longer one, was a bridge too far. We were somewhere between Dassen and Robben Island and the lure of getting home was just too strong.  Fortunately I only found out later that Sodebo was not skippered by her racing crew of two, but by her full team of eight decidedly handsome French sailors! Had I known that little detail, we probably would have deviated.

Time flew by and shortly after we passed Robben Island, still heading 180 degrees, I handed over the tiller, so that Jakes could take us in. He had barely taken over when we heard canon fire and it was definitely way past noon. Now, having been a Navy man, Jakes got terribly excited. For there, away in the distance, were two very large warships, seemingly engaged in some kind of “let’s practice shooting at each other” manoeuvres. Jakes was in his element, excitedly regaling me with what kind of guns those probably were.   In contrast I was wondering why the Navy had to choose today of all days to play battle games in Table Bay, while simultaneously praying that they would play their games long enough for us to sneak into the harbour ahead of them.

Sadly, it was not to be as a decidedly foreign sounding female voice came over the radio, asking for permission for the Russian Navy missile cruiser Marshal Ustinov to enter the harbour. Suddenly it all made sense. It seemed the two ships were not playing naval games. Nope they were foreign visitors and clearly the Russian warship, with smoke drifting from its canons, had been firing a 21 Gun Salute, announcing their arrival in the fairest Cape. And being hospitable, the South African Navy battery on Lion’s Head had fired a 21 Gun Salute in return. Hence the cacophony.

The radio crackled again. While still quite a distance away, off Mouille Point, the radio operator of the second warship, decided it might be prudent to also request permission to enter the harbour. Again it was a lady, except this time she was very clearly Chinese. Port Control replied smartly granting permission to both warships to enter.

Now could they just hurry up please?  By now we were sitting just off them, bobbing up and down. The harbour entrance tantalisingly in sight and yet we had to wait for these two behemoths to make their way very slowly into the harbour before we were allowed to proceed. Did it go smoothly? Of course not! Nothing had gone according to plan on this entire trip, except for the crew managing to become the first Cape 31 to complete the West Coast race.  Why did I even think that this last bit would be any different?! The Russian ship was long since inside the harbour, when the Chinese ship, now finally on approach, seemed to be slowing down. 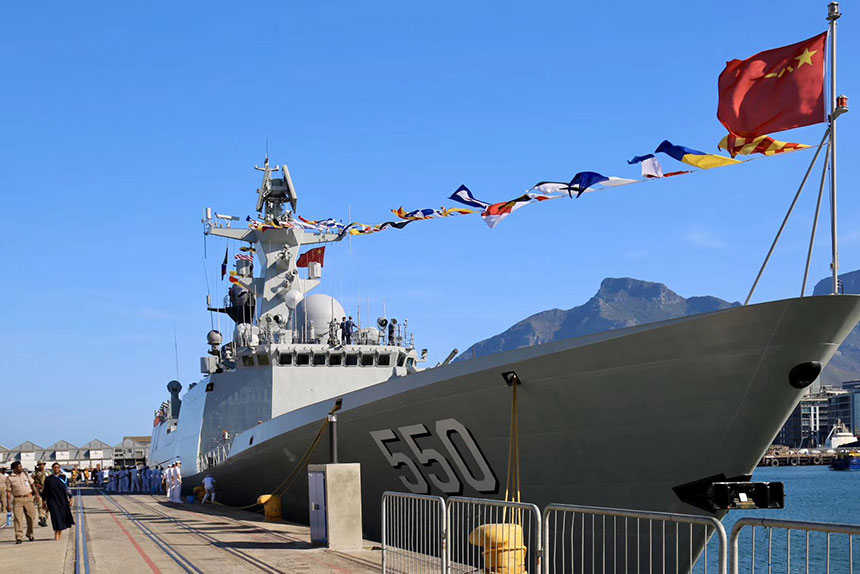 At this point the poor Chinese lady decided there was only one thing to do. She requested permission to enter for the third time, but this time, upon reaching that unpronounceable word that seemed to be causing the trouble, she resorted to the phonetic alphabet.

“Hotel, Alfa, Bravo, Oscar, Uniform…”, she got no further, before the response came.  “Nei man, you got permission long ago, proceed, proceed.” Shame, I have to admit that by now Jakes and I were both rolling around the boat, we were laughing so much. Thankfully there were no further requests to proceed into the “arbor” and we could finally make our way in.

And after that bit of light entertainment, I handled that gear cable like a pro. Forward, neutral, reverse and a  smooth turn into our channel, almost home, as I looped our bow line over the side.  Skipper and some of the racing crew were waiting, ready to grab the relevant mooring lines, while Jakes steered us in and I changed gears with a spanner.  “Neutral”, came the request. I sent up a short prayer and thankfully pulled up just enough to hit neutral. We glided in, I gave her a short burst of forward, back to neutral, the crew grabbed the lines and finally it was over.  We had done it, although I have to admit, that after delinquent whales, gunships and changing gears with a cable and a spanner, I have never been so happy to step off a boat.

Last Friday night’s lucky winner was Mr Michael Rothenburg, who was unfortunately not present to…