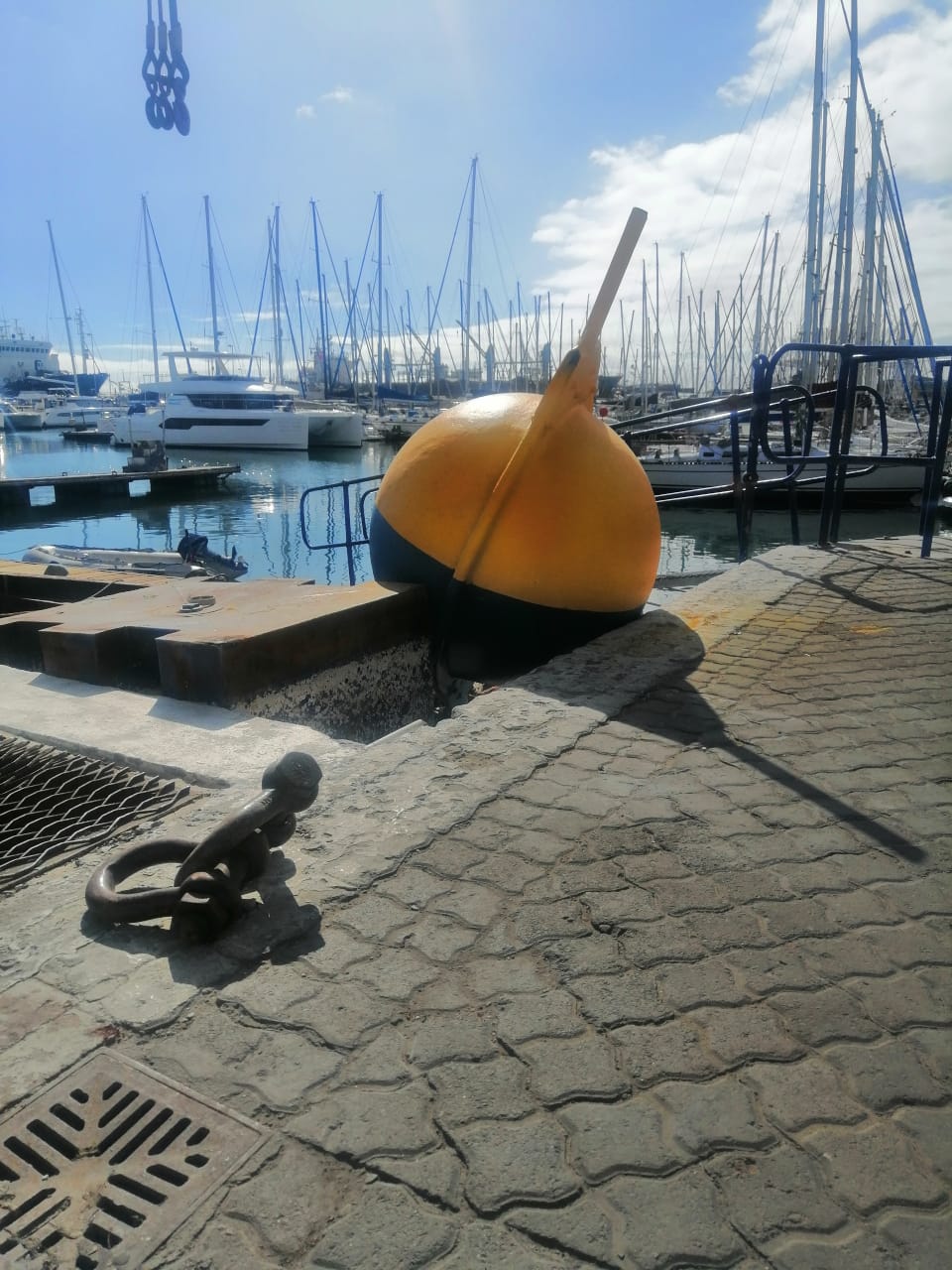 Every year this time, we end up with one of our buoys ashore either on Milnerton beach or on the little beach Paarden Island.  I even believe there is still one on Robben Island from years back.  It is always fun and games trying to find ways to retrieve them and also finding them before they have been completely stripped.

Last  year King Neptune decided to play with the Sailing Office.  He removed one of the buoys and plonked it way up in the Paarden Island canal, which we could not retrieve.  We only discovered it was gone during one of our races, which ended up being quite entertaining for us,  as the fleet were radioing the bridge in search of the missing buoy.

We have a fantastic Marina Team who build these buoys for us and over the years the design and technical specs have been changed. We thought we had the perfect recipe by adding more chain, shackles, warp, blocks, you name it, but no.  Don’t under estimate the ocean, even with a strict maintenance plan in place, where Drydon maintains these buoys on a monthly schedule, Neptune still causes havoc with no warning.

This year we decided to be proactive and earmarked a day in our calendar to remove the marks and store them at the Club, before the notorious winter storms arrived.  Covid however, intervened and the Port was closed until recently.  Then the storms arrived and King Neptune decided it was time for a game of Hide and Seek.  This time sending three buoys ashore and hiding them in different parts of the coastline. Of course they were not in the easiest places to be retrieved from.  Evidence will show that firstly locating them, and secondly the logistics of retrieving them, often proves quite challenging.

Our own Eric Dosi – Marina staff member at RCYC and the main man behind the building of these buoys , was negotiating with the City of Cape Town last week, asking them if their bulldozer can help to retrieve and place our buoy on the trailer.  Happily Eric succeeded and the City not only allowed us onto the beach, but assisted with the retrieval and loading of said missing buoy, who we would like to call Manex.

We now have the task of retrieving one “Lewmar” which is right up on the bollards in Paarden Island…..  this is a challenge of note.  If anyone can spot the buoy and come up with a plan of how we can do this, the Sailing office will issue you with a voucher for a RCYC burger and a drink. 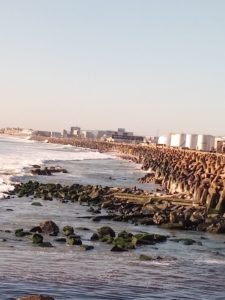 Lewmar on the rocks

King Neptune also decided to enter the RCYC Marina and remove our emergency buoy.  After receiving a message from Matthys Lourens that she was on her way out, the Marina team quickly jumped into action and rescued her. We are not sure what Neptune was thinking and where he was going to hide the buoy this time around.  Neptune 0  RCYC Marina Staff 1. 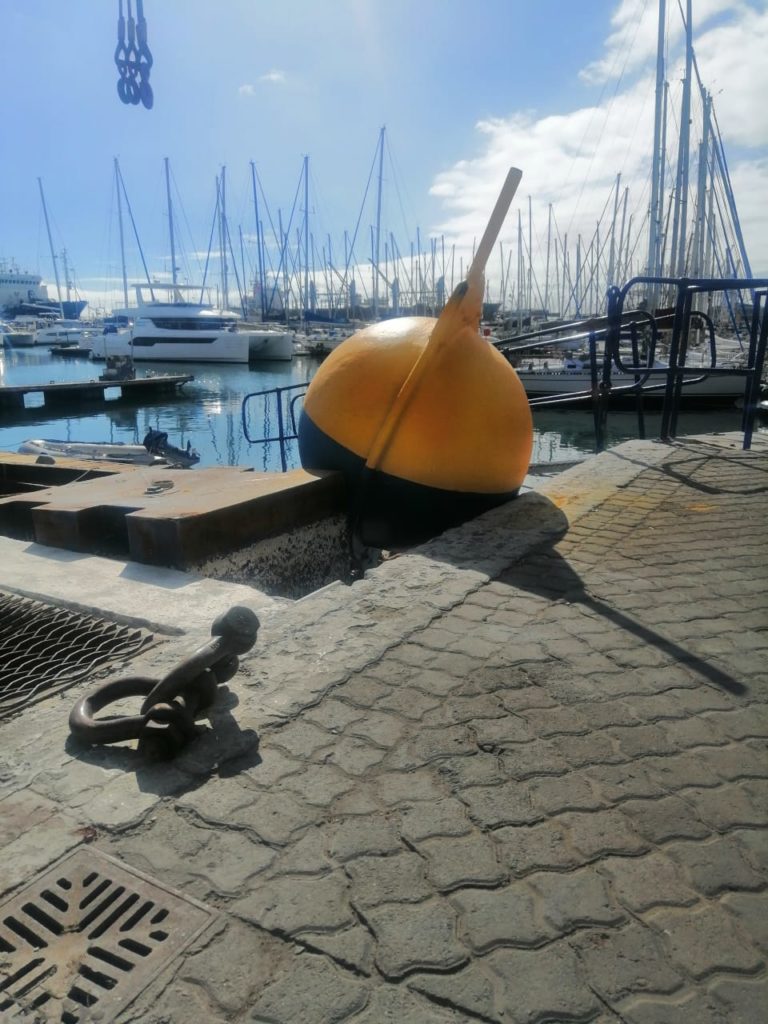 It might be time to have a chat to Amphitrite,  the goddess of the sea and ask her to have a stern word with King Neptune to pull in the reins and head off to another bay.

Click on the Picture for the Jazz on the Deck Menu